Biden cites Psalms and a songwriter of Jewish themes at inauguration 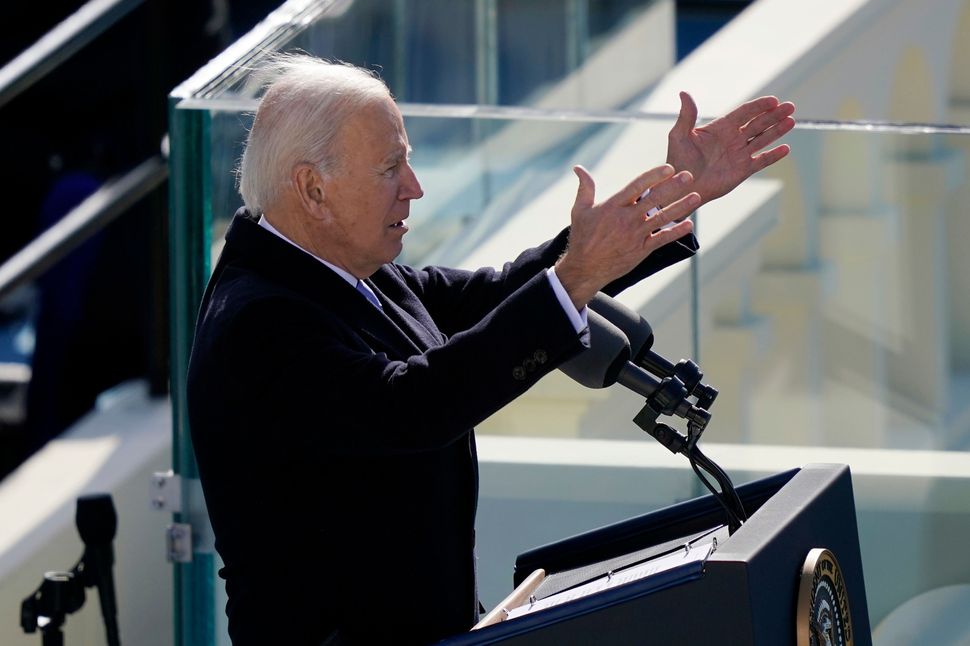 Joseph R. Biden, Jr. began his presidency with a speech urging American unity as we move forward through a dark season of disease and uncertainty. In his address, he cited both Scripture and an operatic anthem penned by a songwriter known for works based on the lives of Holocaust survivors.

Following a benediction by Father Leo O’Donovan, who paraphrased Solomon’s prayer to God for wisdom from II Chronicles, Biden stepped forward to address how America had overcome the Capitol siege and its challenge to democracy.

“At this hour my friends, democracy has prevailed,” Biden said. “The American story depends not on any one of us — not on some of us — but on all of us.”

Calling on Americans to face the threats of white supremacy and extremism through common cause, Biden acknowledged the “dark winter” the country faces with the coronavirus and the hardships it has placed in the way of so many. But, he indicated that things may change.

“Weeping may endure for a night, but joy cometh in the morning,” Biden said, quoting Psalms 30:5.

Biden expressed his confidence that America would overcome the challenges before it, and said that once we emerge from them, we will add a new chapter to the American story, a story he likened to the song “American Anthem” by Gene Scheer.

“There’s one verse that stands out, at least for me, that goes like this,” Biden said. “‘The work and prayers of centuries have brought us to this day. What shall be our legacy? What will our children say? Let me know in my heart, when my days are through, America, America I gave my best to you.”

Scheer wrote the song in 1998 and it was first performed by soprano Denyce Graves, who recently sang it as part of Ruth Bader Ginsburg’s memorial ceremony at the Capitol. In 2006, Norah Jones popularized her rendition, recorded for Ken Burns’ World War II documentary miniseries, “The War.”

As a librettist, Scheer is no stranger to that period. His work for the stage, with collaborator Jake Heggie, includes “Another Sunrise,” based on author and dissident Krystyna Zywulska’s story of survival in Nazi-occupied Poland and “Farewell Auschwitz,” based on free translations of Zywulska’s lyrics, composed during her time in the infamous concentration camp.

Scheer and Heggie also wrote “Out of Darkness: Two Remain,” about Zywulska and Gad Beck, a gay survivor of the Holocaust.

Biden made Scheer’s words a central part of his speech, saying, “Let us add our own work and prayers to the unfolding story of our great nation. If we do this, then when our days are through, our children and our children’s children will say to us, ‘They gave their best. They did their duty. They healed a broken land’”

Biden cites Psalms and a songwriter of Jewish themes at inauguration