How Ted Cruz and Rick Perry have redefined Texas chutzpah 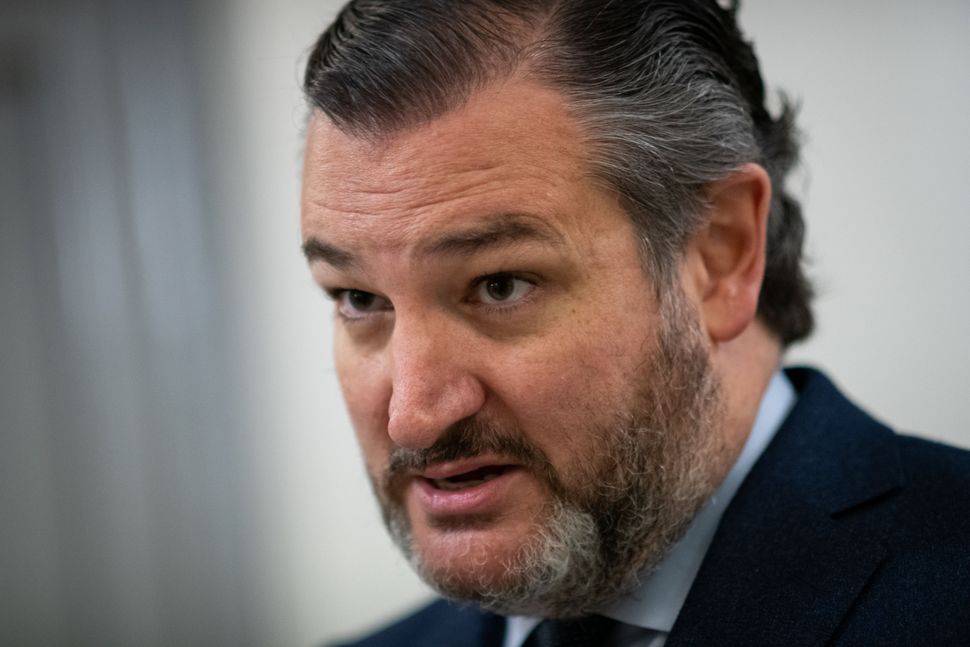 In his book “The Joys of Yiddish,” Leo Rosten famously defines chutzpah as “gall” or “effrontery.” By way of illustrating this quality, he retells a story. A man has murdered his father and mother. Hauled into court, the parricide throws himself on the mercy of the judge because…wait for it…he’s an orphan.

I know — you heard that one.

What you might not have heard, though, is that Rosten complicates his definition. Of course, he emphasizes the dismal character of chutzpah, condemning it as a “total denial of personal responsibility.” At the same time, though, he adds “nerve” and “incredible guts” to the qualities of arrogance and brazenness as making the stuff of chutzpah.

Except, that is, when a particular slice of meat turned rancid ages ago.

Our state’s history contains striking examples of both kinds of chutzpah, and sometimes it coughs up the occasional hunk of rotten meat. As for good chutzpah, consider the eastern European Jews who, emigrating to the United States at the turn of the 20th century, landed on an island to be processed. But it was not the island where Frank Sinatra explains the Bronx is up and the Battery is down, but the one where Glen Campbell hears the sea waves crashing — aka, Galveston.

Thanks to a plan concocted and funded by the Jewish philanthropist Jacob Schiff in 1906, more than 10,000 East European Jews made their way to Galveston Island. Aware that bringing additional East European Jews to New York would fuel anti-immigrant sentiment, Schiff had the cheek to instead direct them to Galveston, where they were processed and dispersed to host towns in Texas and nearby states.

Schiff persisted to do good not only in the face of popular nativism, but also government obstructionism. When the program, known as the Galveston Movement, threatened to collapse due to resistant bureaucrats in Washington, Schiff announced that he would “employ earnest measures in order to make our friends in the administration understand that we are not to be trifled with.” Before too long, these “friends” did understand Schiff and the bureaucratic roadblocks were lifted.

Is it a stretch to say that this remarkable man embodied the same sort of chutzpah that drove Abraham to bargain with God in order to save Sodom? Both men recognized that not only did lives need to be saved, but they had to overcome the worst impulses of those who put those lives at risk. In the case of Abraham, the story does not end well. In the case of Schiff, the thriving diaspora of Texas Jews offers a very different ending.

But it also took chutzpah — the kind that takes “incredible guts” — for these East European Jews to make this leap of faith and sail to Galveston. They knew what to expect in New York: a city already teeming with tens of thousands of fellow immigrants. They might be strangers in a strange land, but they would not be alone. But it also took chutzpah to take the Galveston route to begin new lives in a world so wildly different from the shtetl, and not a little chutzpah to launch the tradition of barbecue — aka, smoked brisket — in Texas long before Texans ever thought of it.

Over the past week, though, Texas has lurched from the good to the bad and ugly when it comes to chutzpah. The winter storm has revealed a great deal about the character of our politicians. For instance, the former governor, former Energy Secretary and former “Dancing with the Stars” contestant Rick Perry announced that Texans would be willing to be without electricity for longer than three days to keep the federal government out of their business.

It is not clear if Rick Perry spoke on my behalf from his million-dollar residence in Round Top, known (at least to those who live there) as the “Aspen of Texas.” What is clear, though, is that his additional claim — that the power failure resulted from failed green utilities like wind and solar power — was classic chutzpah. It was not just a fib, but a brazen lie. As legions of experts have noted, the outages resulted from fossil fuel energy providers who, thanks to deregulation pursued by Perry while governor, never bothered to harden their plants against such extreme weather.

But Senator Ted Cruz wins this particular contest for bad and ugly chutzpah. By now, his attempted flight — in every sense of the word — with his family to Cancun has become the subject of countless headlines, tweets and memes. But his aborted jaunt to a beachside Ritz-Carlton while millions of fellow Texans were literally freezing to death, that does not alone make for chutzpah.

Instead, it was Senator Cruz’s explanation that transformed an act of bad optics and worse faith into an act of appalling chutzpah. He claimed that he undertook the trip at the behest of his daughters. Wanting to be “a good dad,” what else could he do? Well, what Cruz did do was offer an explanation whose logic resembles that used by the man who cited his murdered parents as a reason to be absolved. While this event will be little more than a footnote in the history of Texas politics, it has earned a chapter in the history of Texas chutzpah.

How Ted Cruz and Rick Perry have redefined Texas chutzpah