One year under lockdown — celebrating the anniversary from hell 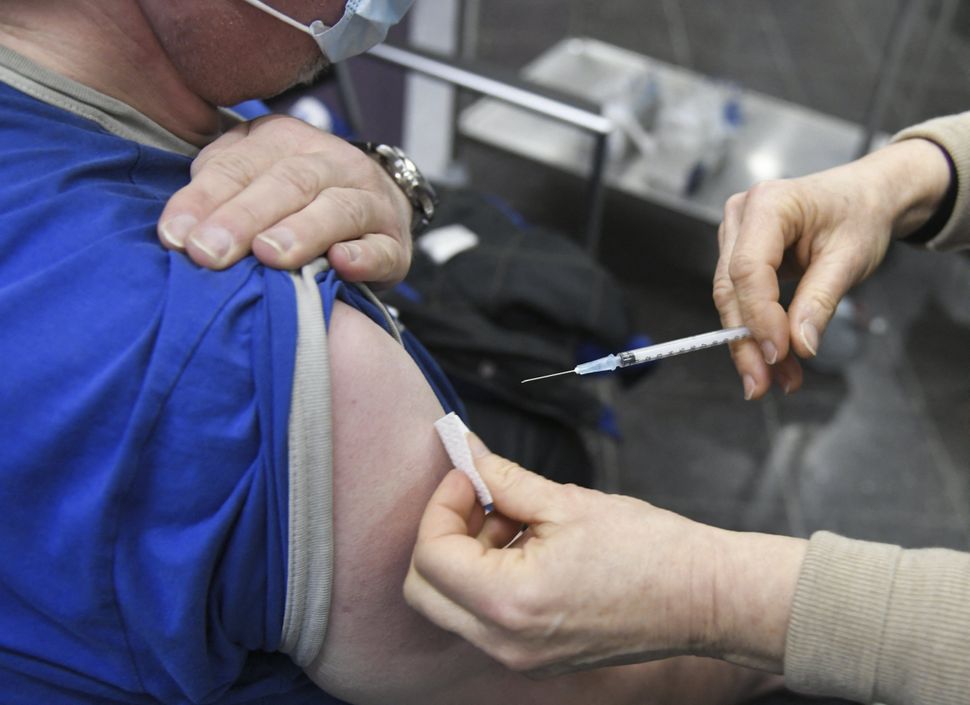 March 11 isn’t a date to be commemorated with champagne or flowers. Nobody will celebrate the day in 2020 when the virus came to America. The traditional gift for a first anniversary is paper. This year’s favorites will likely be the stimulus check or a COVID Vaccination Record Card. Like so many Americans, I’ve been grappling with how careful I should be. I was religious about masking and distancing, but quickly gave up washing food before bringing it into the house.

Desperate to find an upside to this challenge, I found it in the most unlikely place: that I was old. I pointed out to my husband Martin that COVID-19 didn’t disrupt our routine the way it did those with jobs, school-aged children, students or people having extra-marital affairs. Because we were over 65, we were given special shopping hours and told we’d get bumped up to the head of the line when a vaccine was available. This was the first time since high school that being a senior was cool and afforded special privileges.

Eating and joking have been my go-to drugs of choice. I’d always thought of my sense of humor as compensation for not being beautiful. Working in Hollywood, first as a secretary and then as a comedy writer, I identified with the woman playing the best friend. She got the laughs while the drop-dead gorgeous leading lady got the men.

After doing scripts for “The Mary Tyler Moore Show,” “Maude” and “Northern Exposure,” I aged out of television, but my brain continued to churn out jokes, now pro bono. That proved useful during this extraordinary year of aerobic hand washing. With nothing on my calendar but a mammogram, I’ve been living in the moment. Whether biting into an orange, taking a bath or using a new sponge, each act got my undivided attention. To reduce my guilt about obsessive binge-watching and online word games, I included some productive tasks, recycling being a favorite.

It was impossible not to be anxious. All news was Breaking News. Nights I couldn’t handle the post-Rachel Maddow distress syndrome, I’d bake an emergency banana bread, the amount of chocolate chips reflecting my level of tension. The grimmer the news, the greater the desire to laugh. On the phone with my friend Judi in LA, I told her, “I’m wearing a mask to help flatten the curve, but the curves on my body are definitely not flattening.”

“Maybe try intermittent fasting,” she suggested. “I don’t eat anything after dinner for sixteen hours.”

“Not if you stay asleep,” she said.

I could always count on Judi to make me laugh and was lucky enough to have married Martin, who is extremely funny, and also became my scriptwriting partner. After watching what could have been called the “Harry Met Meghan” interview on Sunday, he described the Windsors as “the mechatunim from hell.” Joking is our second language, coming as naturally to us as Yiddish did to our parents.

“Somebody ought to tell the Health app that we’re isolating,” I told my husband. It keeps taunting me with the message: ‘your walking and running distance is down compared to your typical day’.”

“Maybe wear a Fit-bit for the commute between the computer and refrigerator,” he said.

Though I’d never liked going to the gym, I was afraid I’d regret being inactive. Doing considerably less than the 5,000 steps a day defined as sedentary by the Johns Hopkins Coronavirus Newsletter, I started climbing the stairs in our apartment building and persuaded Martin to take walks with me. “The ‘We Work’ sign should be changed to ‘We Used to Work,’” I said.

Pointing to the fogged-up glasses above his mask, he laughed, “I haven’t seen anything since May. Is the Empire State Building still around?”

“What day is it?” and “Be safe,” the poetry of the pandemic, replaced “Hi” and “Have a good day.” With nothing to report, friends cut back on calling to schmooze. If the phone rang, it was someone offering me a long-term car warranty. Those of us old enough to get the shots in January queried one another, “Pfizer or Moderna?” as if we were ordering team jackets. Needing to connect, we compared side effects.

Just as we got the encouraging news that three vaccines had been approved in America, the bad news was there were now four mutations of the germ. We held onto whatever Dr. Fauci said, the way we once did Dr. Spock. Coping with the challenges of this year was more tolerable because I was with Martin, which was noted by a girlfriend. “You’re married,” she said. “You don’t know what isolation is like.”

“Social distancing isn’t new to me,” I told her. “I was single until I was 38. After sex, guys rushed to be more than six feet away.” We both laughed. It wasn’t much, but I hoped I’d cheered her up. Joking diminished the severity of reality though only for a moment.

I certainly wasn’t the first to recognize the healing power of laughter. In his 1946 memoir, “Man’s Search for Meaning,” an Austrian neurologist, Viktor Frankl, wrote about his internment in Auschwitz and called humor “one of the soul’s weapons to transcend despair.” That sentiment was echoed by Norman Cousins, who wrote a book crediting laughter for miraculously surviving an illness that should have killed him.

After a lifetime of wishing I’d had a beautiful face, this made it clear that being funny is a far more valuable and enduring gift. But my hope is that the year ahead will restore some normalcy and require less laughing.

One year under lockdown — celebrating the anniversary from hell