Is Netflix’s new sprawling fantasy the next ‘Game of Thrones’? 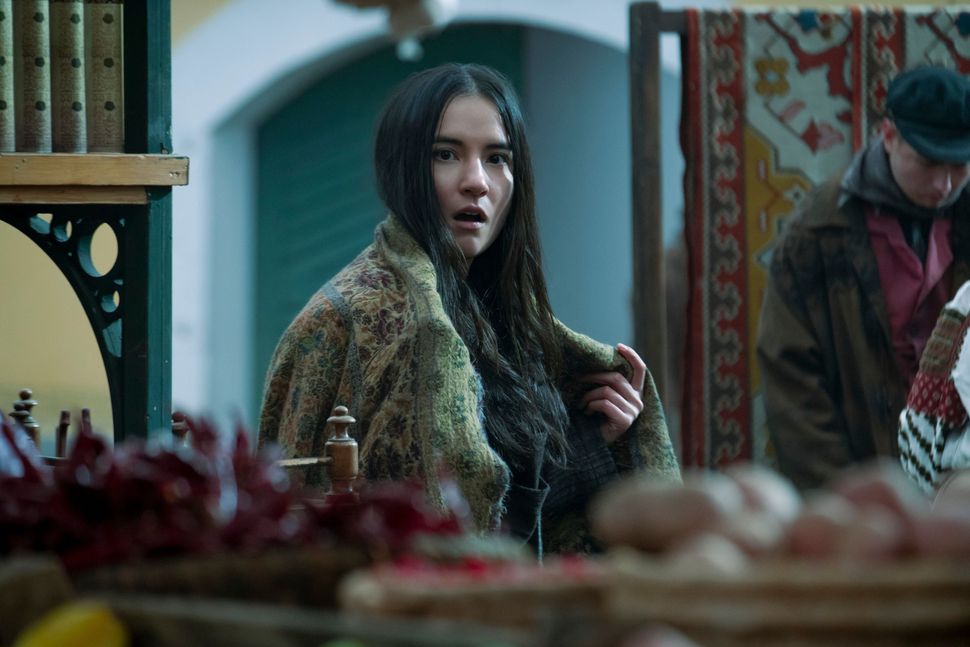 Growing up, I was a voracious reader. But, to my father’s chagrin (“Read some real books!”), it wasn’t Mark Twain or even Judy Blume I gobbled up — it was fantasy. I read Harry Potter, of course, but also obscure books featuring magical knights or shape-shifting girls.

As an adult, I have also learned to enjoy “serious literature.” But during the pandemic, looking for escapism as I slouch into the couch, I have returned to fantasy. I’ve flown through young adult novels and binged shows on Netflix or HBO featuring magic or parallel worlds or superpowers. So I was excited when I saw a promo for “Shadow and Bone,” Netflix’s new entry into the high fantasy genre, based on a series of books by Jerusalem-born young adult author Leigh Bardugo and brought to the screen by showrunner Eric Heisserer. 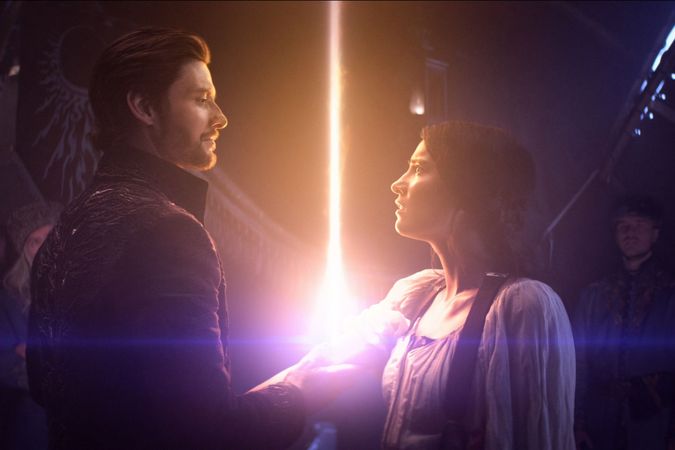 A lowly orphan discovers her world-saving power! Courtesy of NETFLIX

The new series centers on Alina Starkov, our orphaned hero who turns out to be a prophesied Chosen One — a meat-and-potatoes trope of the YA genre. A secondary storyline follows the Crows, a ragtag group of criminals planning a heist. There’s more than just a magical adventure here; there’s political intrigue and war between various countries and a complicated world with different religions and magical powers.

The complex setting is known as the Grishaverse to Bardugo’s devoted fandom, which has become sizable over the 10 years she has been writing books set in it. (I recommend checking out the fandom’s wiki page to help pick up the extensive new vocabulary needed to follow the plot; the show hits the ground running and doesn’t take time to explain much.) The universe is named for the magically powered people that drive the series, the Grisha, who can manipulate elements, bodies or materials, and set in a detailed geography based on our world. “Shadow and Bone” is mainly set in Ravka, modeled on 19th century Russia, and there’s Ketterdam, a bustling trading city based on Amsterdam, and Fjerda, a Nordic country. We also hear about the Shu Han, an Asian country at war with Ravka; Alina, our heroine, is part Shu, an element of diversity that was not present in the original books.

It’s a lot to lay out in an eight-episode television series. The whole thing feels reminiscent of “Game of Thrones,” and with the amount of money Netflix has clearly invested in costumes, special effects and marketing, it seems as though they’re hoping “Shadow and Bone,” starting with a similarly robust fandom to George R.R. Martin’s “A Song of Ice and Fire,” can become a similar powerhouse for the streaming giant.

I spoke with Bardugo about what it’s been like partnering with Netflix to bring a beloved series to the screen, and how she built such a detailed, sprawling world. 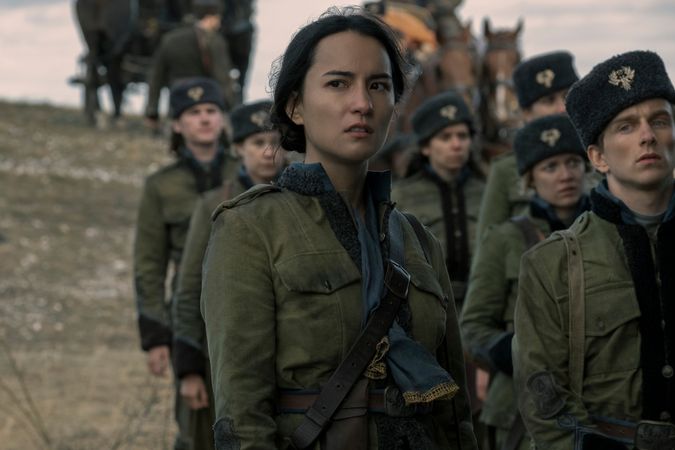 Netflix really grabbed onto this series and is clearly investing a lot of money in it. Are they hoping this will be the next “Game of Thrones?” 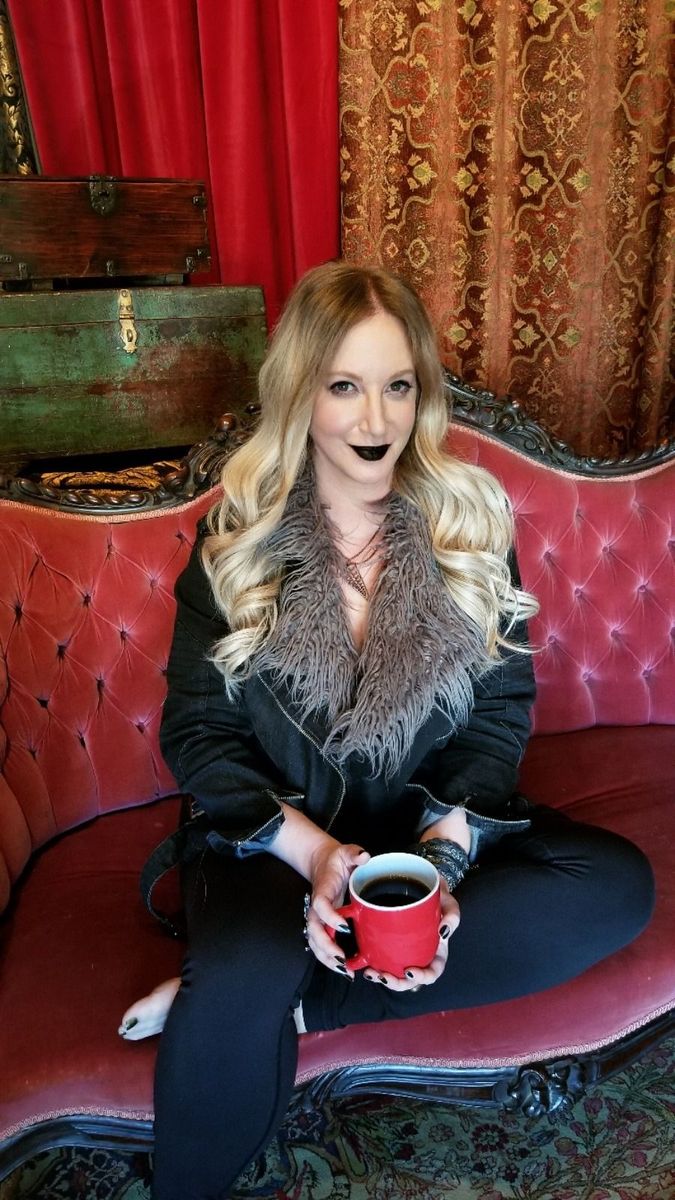 I cannot begin to guess at the minds of network executives, but I can tell you that Netflix was very interested in “Shadow and Bone” very early on, back when the rights were with DreamWorks.

In the time it took for the options at Dreamworks to lapse, the fandom had really grown, and the books had found readers all over the world. We were taking meetings with a lot of people. But I’ll say quite honestly that I’d come out of these meetings and my gut just said no every time.

So what made Netflix a yes?

Well, I don’t know if you live in Hollywood but, look, you go to these meetings, they give you a tiny bottle of water and tell you how great you are, and about 20 minutes in you start to wonder if they’ve actually read the books. The words that get thrown around are “franchise” and “merchandise” and it’s not that I have an objection to making money, but I think everything has to begin with good story and good storytelling.

When I sat down with Netflix, one of the first things they said was that they care about the stories of young people and telling them honestly, and as soon as that executive said that I had a feeling we were in the right place.

How involved were you with the adaptation? What did that process look like?

Eric [Heisserer, the showrunner] promised he would keep me involved and I crossed my fingers he was telling the truth. In fact he was — quite a unique thing in Hollywood. He brought me into the writers room every week or two to hear the pitches for the episodes and talk through them, to brainstorm with our wonderful writing team. Those were the opportunities to really raise red flags or to applaud a change or decision.

Sometimes I got my way, sometimes I didn’t, and I imagine Eric would say the same thing. My role in this as executive producer and author was to really raise the alarm if something was concerning me, and otherwise to be just one more person at the table who had an opinion.

What made you set “Shadow and Bone” in this Russian landscape?

Half of my family is Spanish and fled the Inquisition, and half my family is from Russia and Lithuania. I grew up with the Ashkenazi half of my family, and Russia always occupied a very peculiar space in our home. It was a place of tremendous beauty, and a place of tremendous brutality, and also a place there was a sense that you’d never be able to return to again. So I think it was embedded in my imagination very early on.

When I started really pulling apart the early outline of this story, it was clear that I was already writing into these things that lent themselves to a Russian-inspired fantasy world. There’s a huge army of young, conscripted soldiers, a failure to industrialize, a fast wealth gap between the rich and the poor. So it was a very natural next step to use Russian culture, Russian political history and Slavic mythology as a kind of jumping off. 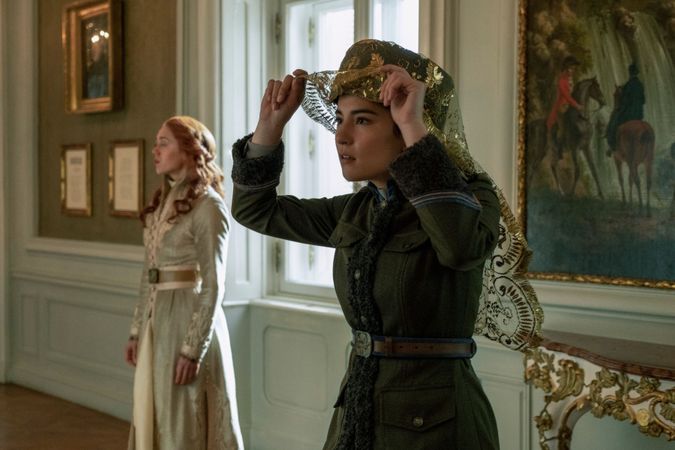 Do you see any parallels with these sort of downtrodden groups in your books and the Jews of, say, the Pale Settlement and the shtetl?

Less that. But the Grisha were absolutely inspired by the Brain Trust that grew up in the United States when Jews were fleeing persecution in Europe, and they were instrumental in winning World War II. The Grisha in Ravka are drawn from all over the world, because in many parts of the world they are persecuted. They come to embody a very privileged, very powerful elite, yet who still face tremendous prejudice and bigotry. So I think that’s a pretty clear throughline.

Can you talk a little bit about your worldbuilding process?

The big mistake people make when they’re talking about world building is that it somehow seems like it only applies to science fiction and fantasy. When I teach classes, I always tell people, “But you read good world building in thrillers and mysteries and even in nonfiction.” Most of what we read is not in the world that we occupy, and the most essential thing for your reader is establishing a sense of power and a sense of place.

Power doesn’t necessarily mean magical power. It can be political power, it can mean economic power, or the kind of power that exists within a family or a town. So you’re creating microcosms and macrocosms that you have to let your readers into. People think more of the food of a place, the religion of a place, you know the textures and smells and sights, but those things all relate to power as well. You know, what kind of food is on the table depends on the geography and also the economics of a place. A maritime empire is going to have a very different religion and a very different pantry than a land-bound country.

I think the most important thing to remember is that these things don’t get built all at once. There are people who love to write histories and build maps and create languages. For me, that’s a very enjoyable part of writing, but the hard work of writing is when you dig into the draft. Building the world is the same as building the plot — it all happens in revisions.

Do you do anything for yourself to help keep track?

Halfway through “Shadow and Bone,” I started drawing a more detailed map because I was losing my place. I have a new notebook for every project I start. But I’m a messy person! I have stacks of research books with lots of little multicolored Post-Its hanging out of them. I tend to have master documents that apply to particular parts of the world, whether it’s a list of names or elements of geography. I also create more documents that help me think through the way a religion works and how that applies to the rest of the world.

But I’m not a hyper-organized person. In fact, there have been times when I’ve had to reread books in order to prepare for writing the next book in the Grishaverse, and I’ll discover I was completely wrong about something and I’ll have to rethink how I’m going to work around that element in the plot.

What are you most excited for as the TV show comes out? What do you think your fans will think?

I hope that they’ll find the things they loved about the books presented to them in an entirely new way. And I hope that newcomers will find a new world to escape to, and a place where monsters can be bested and where people can find what their power is and use it to change the world. I hope more people come to the stories and find a place of refuge there.

Shadow and Bone begins streaming on Netflix on Friday, April 23.

Is Netflix’s new sprawling fantasy the next ‘Game of Thrones’?