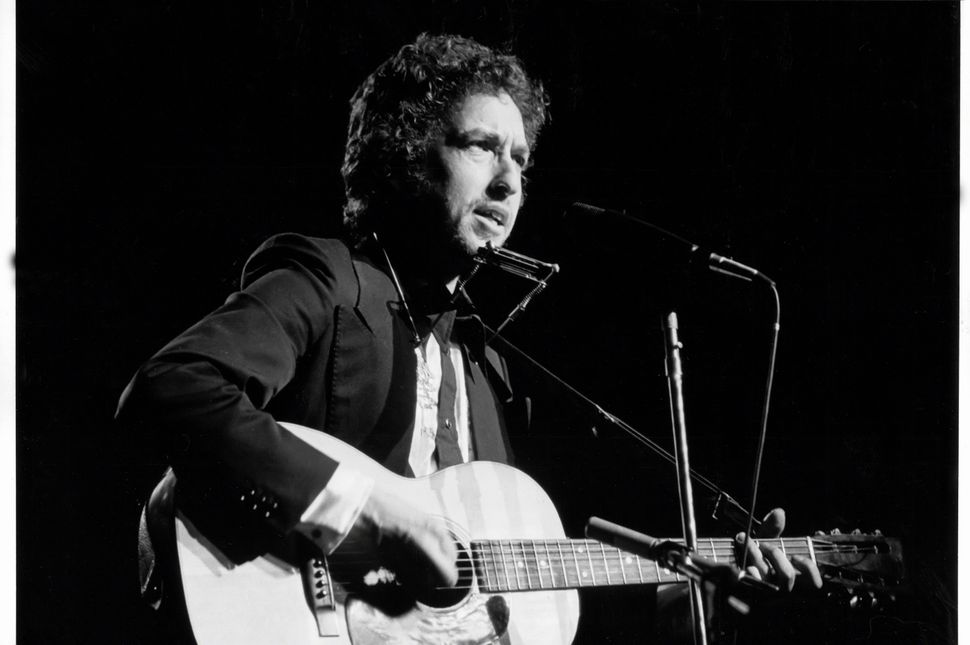 I confess that I was in a pretty bad mood yesterday when it was time to log in to view “Shadow Kingdom,” a global, online pay-per-view event starring Bob Dylan. I had spent a large part of the day reading deeply into the news — about the upswing in COVID, catastrophic and deadly natural events blamed on climate change, more evidence that Trump was an incipient dictator and how post-presidential Trumpism is increasingly looking like neo-Fascism — in sum, a big mistake reading the news, oh boy.

Add to that my inability to make the Dylan broadcast leap from my laptop to my big-screen TV with its enhanced audio (I have never been able to figure out how to do this), and I was desperately relying on Dylan to snap me out of my funk with some of those magical, mystical moments he so often provides in live performance.

In hindsight, that was a lot to put on Mr. Dylan. And in the end, I blame my disappointment over the next 50 minutes not on him but on myself. Clearly, from a quick perusal of social media, mine is a minority opinion. Judging by the raves and hosannas plastered all over the internet, I may even be the only person in the world who did not enjoy the broadcast. Killjoy was here, and he bore a remarkable resemblance to me.

The lead-up to “Shadow Kingdom” was filled with great expectations based on just a few hints — and some out-and-out deceptions — from the marketing about what viewers could expect to see for their $25 plus service fees. We were told it was going to be a virtual concert, Dylan’s first concert since the pandemic shutdown derailed the Nobel Prize-winner’s Never Ending Tour of 30-plus years. We knew that Dylan’s backup band would consist of an entirely new lineup of younger musicians, rather than the road warriors who have been traveling the globe with Dylan for decades.

And that was OK — in fact, it was promising and even exciting. Speculation ran rampant that some of these musicians would be drawn from those who appeared on last year’s critically-hailed “Rough and Rowdy Ways” — including Fiona Apple and Blake Mills, who had collaborated with old Dylan friends and sidemen including Jim Keltner, Don Was and Benmont Tench. We were promised new arrangements of old favorites, and as we got closer to the date of airing, the event gained the subtitle “The Early Songs of Bob Dylan.” The synergy produced by the marketing and the rumor mill made this a must-see. And besides, the Master just turned 80 years old this past May, and no one knew if he would ever hit the road again (we still don’t know if he will). Could this be some sort of valedictory?

A lot of what we believed or were led to believe did not pan out. There was no Fiona Apple or Blake Mills. Instead, the quartet of backing musicians were real unknowns. Competent ones, for sure — a bassist, a couple guitarists, and an accordion player (curiously, there was no drummer) — although the post-event chatter hailed them as the second coming of The Band. (Please, the last thing we need in the Dylan world are any more second comings.)

As far as “early songs,” that depends on your definition. Most Dylanologists would use that term to apply to songs from Dylan’s first four albums, those released between 1962 and 1964. The three “electric” albums released in 1965-66 would constitute the next chapter after “early,” which contained the bulk of the folk-protest songs for which he probably is still known best. In fact, the setlist of the event drew largely from his “electric” period that remains most beloved to his fans, if not thought of as “early” — songs including “Queen Jane Approximately,” “Tombstone Blues,” “Most Likely You Go Your Way and I’ll Go Mine,” and “Just Like Tom Thumb’s Blues.”

He largely avoided the “hits” — there was no “Like a Rolling Stone” or “Rainy Day Women No. 12 & 35” (that’s “Everybody Must Get Stoned” to you), no “Just Like a Woman” or “Ballad of a Thin Man.” He threw in a few late-1960s numbers (“The Wicked Messenger,” “To Be Alone with You”) and dipped into the 1970s with a gorgeous rewrite of “Forever Young.” The 1989 song “What Was It You Wanted” was the only outlier, a dark, moody number that perfectly fit the dark, moody timbre of the whole program.

At this point you may notice that I am not referring to the broadcast as a “concert,” because it was not one. It was a kind of 50-minute music video, filmed on a set suggesting a speakeasy or a roadhouse, with an audience of actors sitting at tables, downing beers, smoking cigarettes, and occasionally getting up to dance. The only hint of COVID was that the musicians — not including Dylan and not the café patrons — were masked. But that could well have been a Dylan joke; he’s made a side career of referencing masks in songs (“he had a face like a mask”), films (“Masked and Anonymous”), and concert patter (“Happy Halloween! I’m wearing my Bob Dylan mask”).

Although we saw Dylan singing and the band playing, it was all pre-recorded; Dylan was lip-syncing (aided by some strategic microphone placement in front of his face) and the musicians were just going through the motions, hence the “music video” comparison. One was put in mind of Dylan’s 1964 appearance on the Canadian TV show “Quest,” when a young, fresh-faced Dylan sang a bunch of genuinely “early songs” on a set resembling a log cabin bunkhouse where a handful of actors playing woodsmen sat around smoking cigarettes and pretty much ignoring the monkey in the corner. The more things change….

Musically, it was all very one-note. It was a very good note, for sure, and Dylan liberally sprinkled new lyrics into the songs and he emphasized melody over rhythm (several arrangements dispensed with rhythm almost entirely, with the musicians just following in the wake of his rubato delivery, much like on the recording of “Murder Most Foul” from last year’s “Rough and Rowdy Ways”). The arrangements, although new, did not stray far from the Americana rootsiness that has prevailed throughout the Never Ending Tour, lacking the fiery electricity of his mid-1960s albums or his mid-1970s tours with The Band and the Rolling Thunder Revue.

I am perhaps unfairly saving the best for last, and that was Dylan’s vocals. He sang quite beautifully and melodiously (when he wasn’t talk-singing his way through numbers including “Tombstone Blues” or the apt finale, “It’s All Over Now, Baby Blue”). Whether it was because of a year-and-a-half of resting his voice due to the COVID-imposed tour hiatus, or the care that went into the studio recording of the music — care not always taken on his studio albums of the past decade or two — Dylan sang with the sweetest voice, albeit burnished by age, we have heard from him since the 1970s. Gone was the froggy croaking, the elastic phlegm, and the inscrutable mumbling. His diction was impeccable; a listener unfamiliar with the numbers could easily discern the lyrics, a phrase that has rarely if ever been written about Dylan’s singing.

So why was I left so disappointed? Why didn’t my mood lighten after a miserable day, capped by some lovely new arrangements and recordings by Bob Dylan?

While I am a strong believer in appreciating art on its own terms and not wishing that an artist did something else, I just could not work up enthusiasm for a new Bob Dylan music video. Even a good one. If anything, the broadcast made me long to see Dylan in concert again — a feeling I had sworn off at least half a decade ago, having seen just too many mostly indifferent live performances. Because even at those concerts, which after a while came to seem not worth the bother, there were glimpses of transcendence, a line or a look that sent chills up my spine, when Dylan seemed to be channeling a kind of otherworldly energy. Dare I say, moments of divine sparks.

That is a lot to put on any human, I know. And I need to learn not to begrudge Bob Dylan his artistic heights as a mere mortal, but to cherish the memories that have served me well, of those times when Dylan has levitated a crowd and made us feel the intense power of all his raging glory.

Seth Rogovoy is a contributing editor at the Forward, and the author of “Bob Dylan: Prophet, Mystic, Poet” (Scribner, 2009).