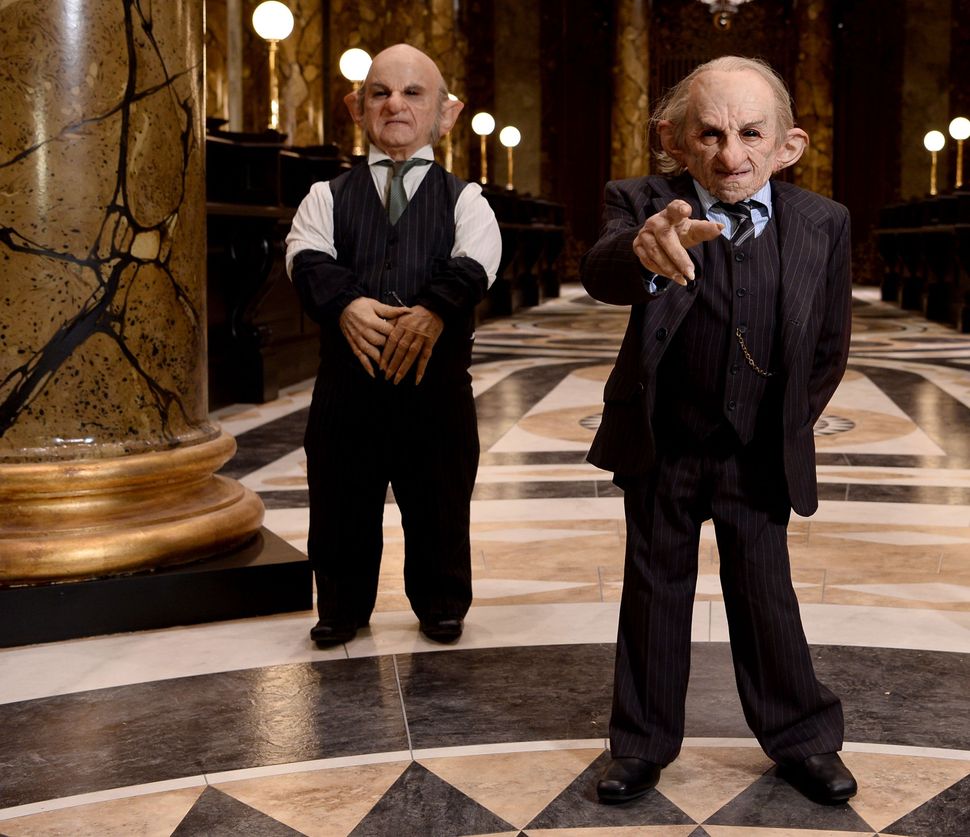 I don’t have much to say about most of the J.K. Rowling discourse, because basically my opinion about the Harry Potter series is that it offers some effectively moralizing children’s escapism that is certainly flawed, should never have spawned the weird cult it became, and whose creator has bad opinions that she should stop sharing. I would have been so happy to live and die without ever encountering J.K. Rowling’s reflections on wizard bowel movements or trans rights.

What I do have to say on the matter of J.K. Rowling discourse is this: Please, everyone, for the love of God, shut up about the Jew-goblins.

If I see one more person on the internet arguing the goblins are Jewish caricatures, I will personally combust, and as I do so I will dramatically announce to anyone bearing witness that I have specifically elected to combust because of the Jew-goblin discourse, making clear that said discourse has actually enacted real antisemitism by causing me, a Jewish woman, to combust. Which is way more antisemitic than the goblins and also, rude to me, someone who does not wish to combust, and would be especially embarrassed to have my combustion result from Harry Potter discourse.

The Jew-goblin argument, which has been made ad nauseam on social media and in various thinkpieces (and has been highlighted in the news cycle recently following a viral Jon Stewart soundbyte), is effectively this: The goblin characters in the Harry Potter series, known mostly for their role in running the wizarding bank Gringotts, are antisemitic, because they look like Jewish caricatures and perpetuate antisemitic stereotypes.

I disagree. The Potter goblins are diminutive, hooknosed, saurian creatures, with creepy long fingers and crafty natures. They have exceptional financial skills and stop at nothing to acquire or protect money and precious objects. It is antisemitic that anyone would encounter such a character and think: “Aha, a Jew!” 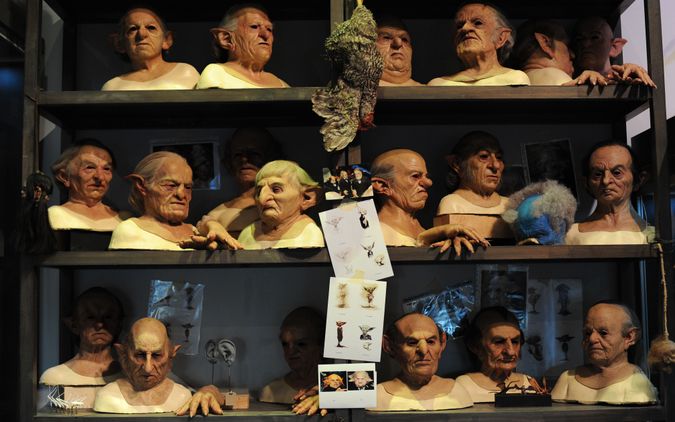 Rubber masks of the goblins at Gringotts Wizarding Bank are displayed during a preview of the Warner Bros Harry Potter studio tour. Image by CARL COURT/AFP via Getty Images

To illustrate my point, I have constructed the following analogy. You and I are walking down the street. The setting is not strictly necessary to the pedagogy of this scenario, but I thought it would be nice to dress up the visuals. You and I are walking down the street, and we see, crumpled on the ground, a shaky child’s drawing of a disgusting, evil rat. I say: “Oh, look, it’s a picture of you. I am offended on your behalf by the choice of this artist to depict you as disgusting and evil.” In fact, the genuine offense here is not the picture, which was in fact simply a drawing of a rat, but in my looking at a drawing of a rat and thinking it reminded me of you.

This analogy is obviously not perfect, because it doesn’t account for the dangerous legacy of caricatured depictions of Jews that some have argued the goblins fall into. Cartoons of Jews in Western media have historically connected stereotypical physical and cultural traits to genetic degeneracy. I do not mean to make light of the potential for these depictions to do real, insidious damage, or to argue that the contemporary nature of the series exempts it from perpetuating harm. Offensive Jewish caricatures persist today, cropping up in far-right corners of the internet and less fringe news cycles, actively goading hatred toward Jewish people.

Jews do not run the economy, do not have a cultural disposition toward prioritizing monetary gain over human emotion, and also — and I would really like to emphasize this point — do not look like goblins. This depiction of goblins is offensive to bankers, not to Jews, and the reason it is offensive to bankers is because the goblins in the Potter world are synonymous with bankers, and Jews in the actual real world are not. Are all fictionalized bankers supposed to be cheerful, generous and definitively Anglo-Saxon in order to avoid potentially dipping into antisemitic caricature? I defend the right of the minor set-dressing fairy-tale characters in this invented world to be gross and good at money. I defend, mostly, my right to peruse the internet without encountering more people complaining that the goblins in a children’s series I cared about a decade ago are antisemitic. Please, complain about something else.

And, frankly, if the goblins do represent Jews, the resemblance is a humbling one. They seem to be doing a much better job of controlling their media than Jews do in our non-magical world, given there is no trace of organized anti-goblin efforts in any Harry Potter novel or movie. I hope to take some of that inspiring energy into my own efforts toward world domination this coming year.