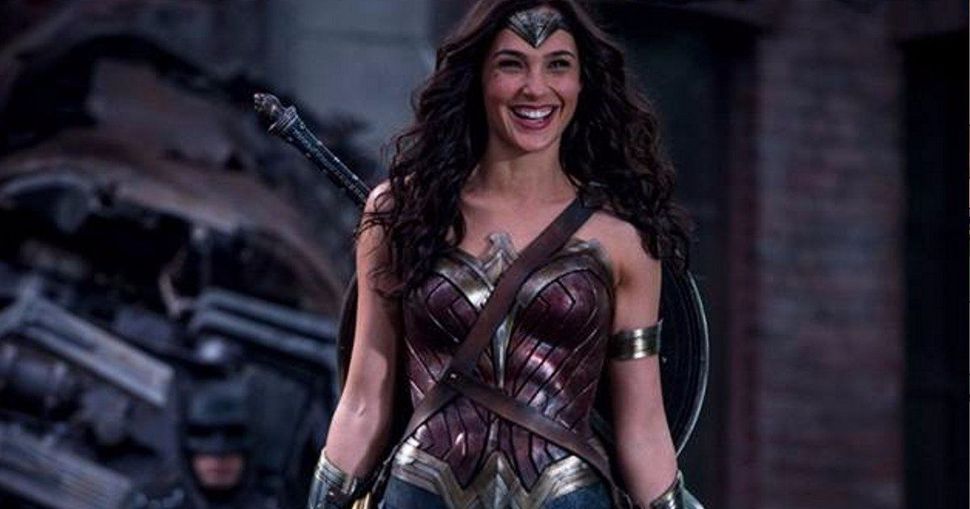 Wonder Woman is, shockingly, the first film in our current decade-plus superhero moment to feature a female lead. But while the film is pioneering in terms of gender representation, in other respects it is not especially innovative. The film does include some black Amazons, and a couple of people of color, but the headline characters are white, and almost all the marketing has been centered on white people. The film may be a breakthrough for white women, but as far as women of color are concerned, it perpetuates the bleak superhero status quo.

The whiteness of “Wonder Woman” doesn’t seem up for debate. And yet, some have decided to debate it. An argument has been bubbling underground on social media that Gal Gadot, who plays the title role, is actually a person of color. It was aired in full by Matthew Mueller at comicbook.com. “Gal Gadot is not actually Caucasian, but is in fact Israeli,” Mueller announces confidently. He then goes on to chastise POC critics for not recognizing her casting as triumph for diverse representation.

Mueller doesn’t actually have much of an argument. He mentions a Times of Israel blog post which points to the history of Jewish oppression and waffles back and forth on whether Jews might be considered POC. But mostly Mueller just announces “Gadot is Israeli!” like a magician pulling a piece of lint out of a hat and trying to convince you it’s a rabbit.

Mueller can get away with this slapdash approach because race is itself such an incoherent concept. Mueller argues that “Caucasian” equals “white,” as if whiteness is an actual ethnicity or regional background.

But the truth is that whiteness isn’t a biological or historical truth; it’s a fuzzy, culturally determined category that has fluctuated widely over time. At various historical moments and in various places, Irish people, Eastern Europeans, Southern Europeans, and, of course, Jews, have been excluded from the category of “white people.” It may seem ridiculous to say that a nationality like “Israeli” is non-white—but Donald Trump racialized the nationality of Mexicans during the 2016 campaign. Whiteness isn’t a formally defined, logical system. It’s a blunt instrument designed to enable some people to hurt others. As such, it doesn’t have to be particularly elegant or well made.

In this context, the best definition of white people is simply “people who are considered white.” Gadot’s nationality was not a secret; she wasn’t passing as something other than Israeli. Mueller is arguing that when people see Gadot as white, they are wrong. But being white is really just a matter of what people see you as. People know Gadot’s background; they simply see that background as consistent with whiteness —David Edelstein’s bizarrely exoticizing comment that Israeli women are “a breed unto themselves” notwithstanding. For that matter, in Israel itself, Gadot’s skin color and European background protect her from the kind of discrimination faced by Ethiopian Jews, other dark-skinned Jews, and Palestinians.

Among those who see Gadot as white are the “Wonder Woman” filmmakers. Gadot is Jewish and Israeli, but — like the Jewish Scarlett Johansson — Hollywood perceives her in terms of unpsecified whiteness. In the film, Wonder Woman’s mother is played by Connie Nielsen, a white Danish actor. Wonder Woman as a young girl is played (in a show-stealing turn) by white actress Lilly Aspell. Gadot got the role as Wonder Woman precisely because she is seen as an appropriate actor to play a character who has traditionally been white.

In the movie itself, it’s clear that the other characters perceive Wonder Woman as white. The movie is set in World War I, a time when overt racism was even more acceptable than it is today. But when Wonder Woman crashes a high level military meeting, no one utters racial slurs or questions her whiteness. They are only scandalized because of her gender. One of Steve Trevor’s army buddies played by Said Taghmaoui discusses his experience of racial prejudice with Wonder Woman. During the discussion, he clearly does not think that she is likely to face the same kind of discrimination.

Perhaps the clearest sign that Gadot is white, though, is Mueller’s own argument. The fact that some groups who were once seen as non-white have become white and successful is a constant talking point for people who don’t want to deal with ongoing racism. Robert Kennedy famously pointed to the success of the Irish to deflect James Baldwin’s criticisms of racism in the United States. The very incoherence of whiteness becomes a way to defend whiteness. “Our ideology makes no sense; therefore we can’t actually be oppressing you” is a ridiculous argument, but a consistently popular one.

Gadot is white. But that’s not to say that Jews face no discrimination. On the contrary, Gadot’s casting illustrates the quieter, ongoing failures of Jewish representation in superhero films. As I’ve discussed here before, Hollywood seems constitutionally incapable of casting a Jewish actor to play a Jewish hero whose Jewishness is narratively acknowledged. Gadot can be Wonder Woman only if she sets aside her Jewishness as a visible identity. Heroism is only available as a reward for assimilation.

Gadot is a great Wonder Woman; she brings humor, enthusiasm, and presence to the character. But her casting is not a triumph for POC representation. And it’s not, really, a triumph for Jewish representation. The Wonder Woman film challenges the idea that only men can be heroes. But it accepts the conventional wisdom that says that, to be a hero, you must disappear into whiteness. That’s a message that hurts people of color. And it’s a message that ultimately hurts Jews who are not people of color as well.