A Tale of Two Nights 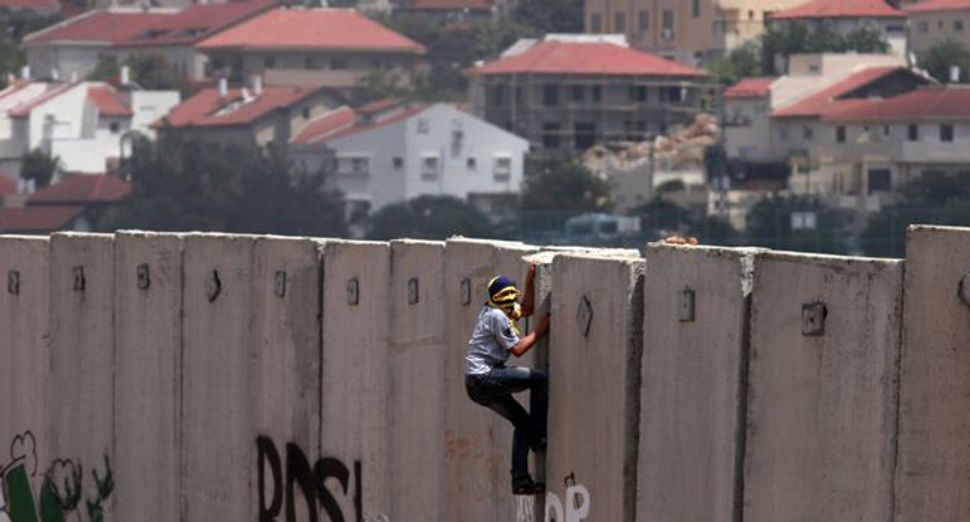 Outside the Box: We need to try to imagine a world outside the boundaries we have erected. Image by Getty Images

In late September, a meeting was sponsored by Encounter, a wonderful organization that wants to ensure that all voices in the Israel-Palestine conflict are heard, to listen to Sam Bahour, a very successful Palestinian entrepreneur. Bahour, born to a Palestinian father and a Lebanese-American mother in Youngstown, Ohio, in effect made aliyah to Palestine in 1994. But of course it isn’t really Palestine; it is the Israeli occupied West Bank. I’d met Bahour in Ramallah several years ago, and knew how bitter he was towards the daily humiliations of the Occupation, so what he had to say in a private home in Cambridge didn’t surprise me.

Not long ago, he wrote the following: “If the U.S. and Israel continue to choose the game of might is right, then they should expect, sooner rather than later, a new generation of Palestinians to look Israel straight in the eye and say, ‘You win! You get it alll: Israel, the West Bank, Gaza, Jerusalem, both east and west sides, all of the settlements, all of the water, all of the Jordan Valley, all of the electromagnetic spectrum, all of the airspace, and most importantly, you also get all of us. Now, we heard you have free health care in Israel; where do we pick up our medical cards? We also want some of that free education too.’ In other words, if the U.S. and Israel are adamant to throw into the sea international law, humanitarian law, UN resolutions, human rights, rights of refugees, and sheer common sense, then expect the Palestinians to redefine their self-determination from a struggle for statehood to a struggle for civil rights between the Mediterranean and the Jordan River.”

In short, Bahour minces no words. He is a tough critic, and his stories of his own experiences with the Israeli bureaucracy and military give his criticism heft; he describes a world that is nothing less than Kafkaesque in its arrangements. Short of finally ending the Occupation and moving definitively towards a two-state resolution of the conflict, which hardly seems an imminent possibility, those arrangements are unlikely to be significantly modified.

The following evening provided, among other things, a respite from talk of conflict. I’d won, at auction, a live performance by a string quartet, playing at my home. What a joy it was — four young players, reminding the assembled how four can become one, reminding us of the durability of art. They called to mind one of my favorite passages, from Nuala O’Faolain, in her “Are You Somebody? The Accidental Memoir of a Dublin Woman”: “This was my first time to see Fidelio. Arnold and Margot had seen it in Lisbon, the very night the Salazar dictatorship ended; the soldiers in the plot of the opera, when they had come onto the stage that night, had had red carnations in the barrels of their guns, like the real soldiers of the ‘Bloodless Revolution’ out on the streets. In the first act there is a quartet, Mir Ist So Wunderbar. The four protagonists come down to the footlights, and they do that thing that happens in opera — seemingly unaware of each other, they each sing their line of music straight to the audience, as if it is not their doing that the lines intermingle in a complex and perfect harmony it takes the four of them to make, but is a separate thing from each of them. I was transfixed, as I always am by ensemble singing. When the curtain came down on the act, I wiped the tears from my eyes and I said to Arnold, ‘Why is ensemble singing [similarly, ensemble playing] so beautiful? What makes it move us so much?’ and he said, ‘People would be like that all the time, if they could.’”

But if politics is for the short run and art for the long run, if art — as distinguished from politics — lasts, so what? We live our lives in the short run, not the long.

Yet somewhere between Arnold’s “if only we could,” which so easily morphs into dreamland, and Obama’s “Yes we can,” teetering on the verge of the hubristic, there rests, waiting for us, the fierce urgency of trying, of not ever giving up. Only so can Sam Bahour and all the Sam Bahours find the energy to fight the good fight in search of sanity and peace. Otherwise, there is no hope — only useless fantasy.

A Tale of Two Nights