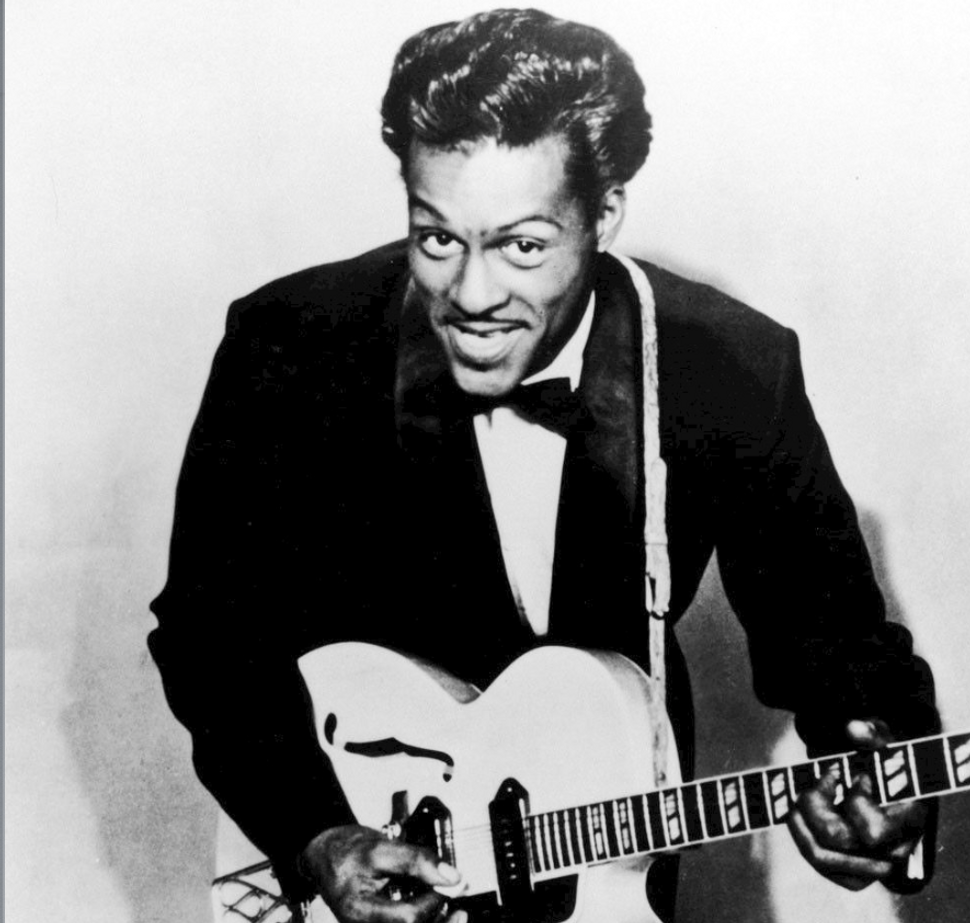 More than any other singular individual – including Elvis Presley, Little Richard, and Jerry Lee Lewis – it was Chuck Berry, who turns 90 years old today, who put together the disparate musical elements, the teen-focused lyrics, and the showman’s persona that created the template for all rock ‘n’ roll music that followed. The Beatles, the Rolling Stones, the Beach Boys, Bob Dylan, the Ramones – every artist or group that plugged in a guitar and played bluesy, three-chord rock with witty lyrics owed a huge debt to Berry, who, remarkably, continues to perform and record to this day.

Berry’s successful career was forged in a partnership with the famed Chess Brothers of Chicago, owners of Chess Records. Leonard and Phil Chess, Jewish immigrants who had been born Fiszel and Lejzor Czyz in Poland, were one of very few label owners to work directly with black artists, rather than finding white artists to record bleached versions of “race records.” Chess Records recorded the likes of Bo Diddley, Willie Dixon, Howlin’ Wolf, and, most famously, Muddy Waters.

It was Waters who brought Berry to their attention, and they saw something in Berry above and beyond another an electric blues artist. In 1955, they brought Berry into their studios, and he played them a song called “Ida May, which he had adapted from a country song called “Ida Red.” They felt the title of the song was a little bit too country for their tastes. As legend has it, Leonard Chess spotted a makeup box in the studio and said, “Hell, let’s call it Maybellene.” They also suggested some lyrical tweaks to make the song more appealing to a wider audience (beyond the hillbilly crowd). With the “help” of Jewish DJ Alan Freed – who had coined the term “rock ‘n’ roll – the song became a massive hit on all the charts – R&B, country, and pop – was the first major “crossover” hit, i.e., in which a black artist cracked Billboard’s top 5 on the pop charts; and is now considered to have ushered in the rock ‘n’ roll era.

(Freed’s “help” amounted to agreeing to take money from Chess in return for playing the song and to be given a co-writing credit, for which he earned massive royalties. This sort of deal was de rigeuer at the time. Freed’s career eventually tanked due to the “payola” scandal, and he died young; fresh-faced, squeaky clean Dick Clark, who took part in all of these same activities, was branded a hero and the role of rock impresario was basically handed over to him by Congress, putting rock ‘n’ roll into “safe” white hands.)

Thus was the clarion call of rock ‘n’ roll a collaborative effort among blacks and Jews. And appropriately enough, both Chuck Berry and the Chess brothers were inducted into the Rock and Roll Hall of Fame in their first years of eligibility.