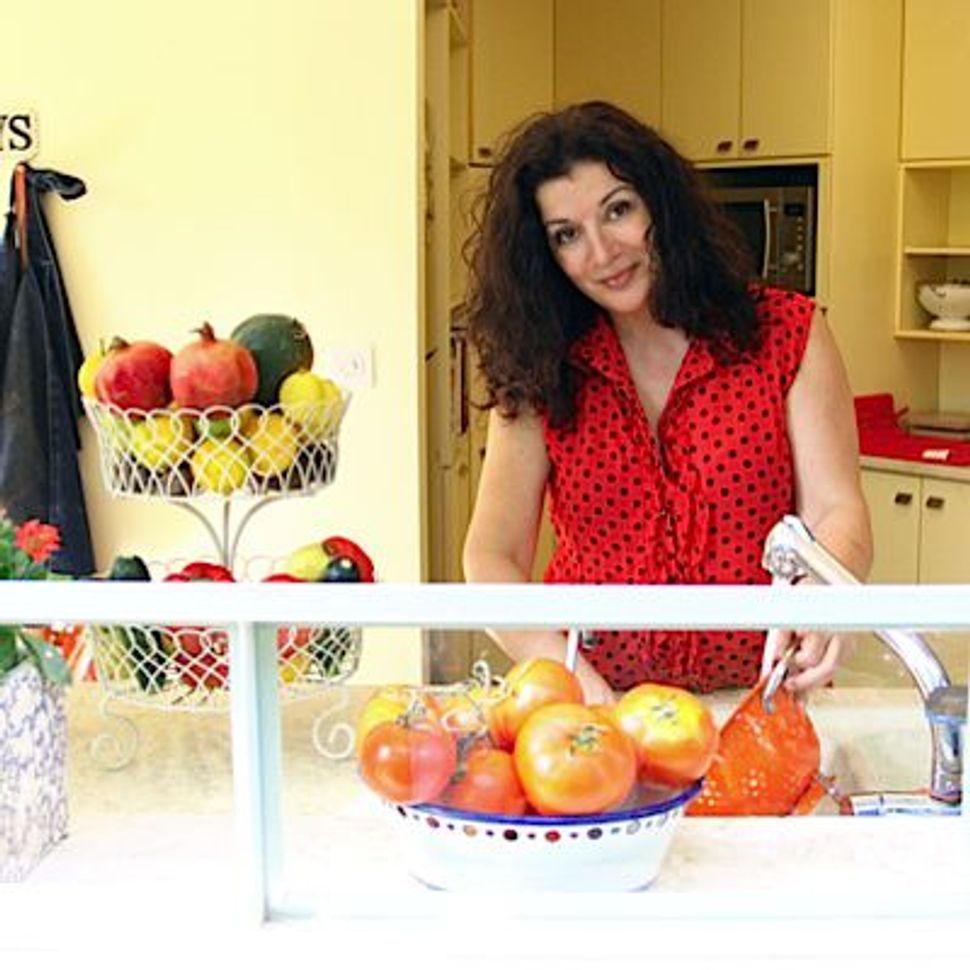 The loss of Gourmet magazine for American foodies was immense, but fortunately (for those who read Hebrew atleast) there is a wonderful Israeli counterpart. Started as a trade magazine aimed at culinary professionals, Al HaShulchan (literally on the table) has evolved into Israel’s leading food magazine, read widely by chefs and home cooks alike.

We recently sat down with the magazine’s editor and publisher Janna Gur in the Tel Aviv offices of Al HaShulchan Gastronomic Media to talk about how being a flight attendant got her into food, the state of Israeli food television and her favorite comfort foods. Check back next week for Gur’s insights into the development of “an Israeli cuisine.”

Katherine Martinelli: How did you get into food?

Janna Gur: After I graduated and served in the army I started my Masters studies and I became a flight attendant for El Al. Most places you would fly and come back in the same day and never see anything besides the airport, but twice a month there was New York. And we would always stay there for two or three days. This is when I started getting interested in food. Because all we did, mostly, was to go out and eat and shop. And during that time – I’m talking about the ‘80s in Israel – there wasn’t much going on here. The food scene was really very basic and very Spartan.

At what point did you and your husband Ilan Gur start Al HaShulchan?

I met my husband in ‘84 and we decided to marry very quickly. At the time he was an independent publisher and he was publishing a marine sports magazine. I wasn’t really interested in marine sports. But I was fascinated by the process of creating the magazine and I started to work with the graphic artists and help him copy editing. I was studying translation at the time so [editing] was something that I really loved doing, working with text, visuals, photography.

And then in ’91 we decided to start a food magazine. It wasn’t even a food magazine at the time; it was more a very humble publication for professional chefs. We didn’t aspire for anything more than that. We thought about a trade journal, getting ads from the industry, and writing about what goes on.

Did you see some kind of shift that made you start a culinary magazine?

What happened was the ‘90s actually was the formative decade of the Israeli food scene. People start[ed] to discuss Israeli cuisine, there was wine that was suddenly drinkable, and great bread, there was boutique cheese. Suddenly it became very sexy to be a chef. People who were combat pilots or high tech professionals left their careers and went to France or CIA to study culinary arts and they came back and opened restaurants in Israel. Then there was TV, and I think more or less what happened in other countries as well. We weren’t unique in that way.

What are the other food media outlets in Israel?

There is a lot of food writing in dailies, in weekend supplements, and of course now with the internet and of course TV. We are now flooded with food TV, it’s an epidemic. There is a food TV channel. Even without it, from 7-8pm pre-prime time we have simultaneously two food shows on the two biggest rival channels. Now it’s everywhere; it’s almost like too much. But it’s the product of the last five to seven years.

And the same by the way is true about cookbooks. We started publishing cookbooks in 2003 or 2004 and the same cookbook would be on the bestseller list for the whole year and now the market is flooded.

As food media is becoming more popular in Israel do regular people expect more from restaurants and chefs, and are they more knowledgeable?

Oh yeah, especially [with] the internet. Israelis in general have to be on the cutting edge of everything. On the other hand – and I think this is what makes Israeli society so unique on the culinary level – is that number one we still cook. Israelis are a cooking nation, we make our food – most of the time – from scratch. We have these Friday night dinners, which are a must for every family in Israel regardless of the fact if they’re religious. It’s just an institution. And on the other hand we have this privilege of having access to so many culinary traditions brought to Israel by Jews coming from all over the world, [with] each community or group bringing their own ethnic traditions to Israel.