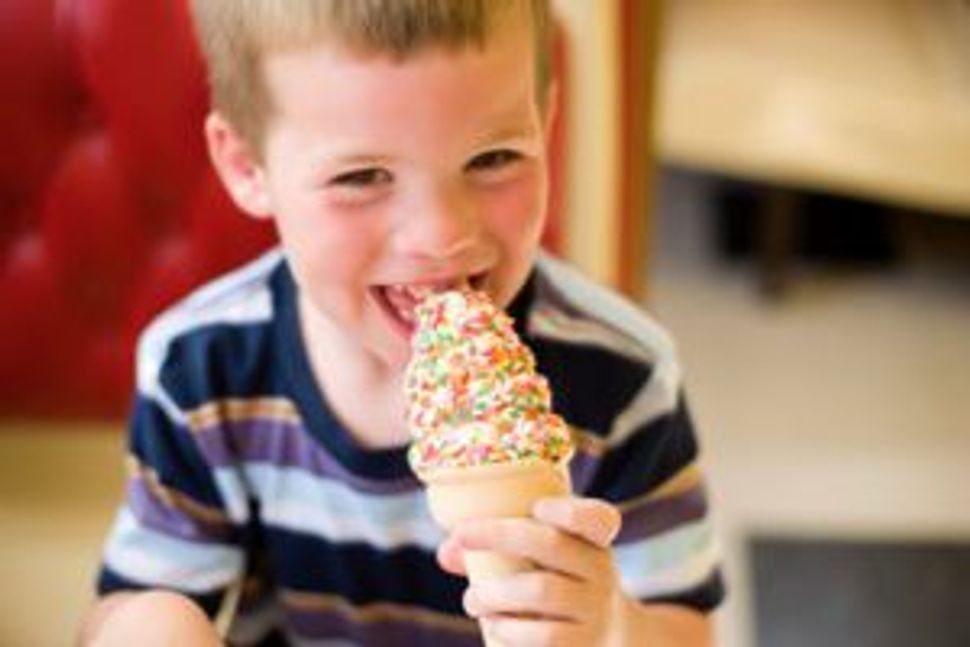 Nothing brings a smile to a child’s face like the tinkling melodies of an ice cream truck rounding the corner. Unless it’s a Saturday afternoon and that child is standing in front of an orthodox synagogue.

About six years ago, Anshe Sholom B’nai Israel Congregation, based in Chicago’s Lakeview community, was faced with an ice cream dilemma. One sunny Shabbat, as families were milling around the sidewalk before going home, an ice cream truck pulled up. Some families had money on them and were able to buy ice cream for their kids, but kids from more traditionally observant families couldn’t have any. What’s a rabbi to do? Rabbi Asher Lopatin didn’t want kids “to feel that Shabbat is depriving them of anything.” Lopatin and his wife, Rachel Tessler Lopatin, started talking about solutions: What could they do so people could get ice cream on Shabbat (somewhere a distinctly Yiddish voice is muttering, “We should all have such problems!”)? And so, the concept of a Shabbat ice cream account was born.

Around the corner from the synagogue sits Windy City Sweets, a small mom-and-pop candy, fudge, and ice cream shop. Their relationship with Anshe Sholom extends much farther back than the ice cream truck debacle. Over the years the store, which is owned by non-Jews, has made efforts to get kosher supervision for their candies and ice creams (all of their ice creams are now kosher, with the notable and tragic exception of Rocky Road). John Manchester, the current owner, sees it as a perfect fit, “We’re part of a community and they [the synagogue members] are a big part of it. It was a great match.”

When the Lopatins approached Windy City Sweets with the idea of people keeping $20 to $50 on a tab to be used for purchasing ice cream on Shabbat, the store agreed willingly. “It’s a small enough, homey operation that it’s not all computerized,” says Lopatin. Looking for validation, he contacted a major halachic authority, who confirmed that there were no Jewish legal issues with the concept and that people in Europe used to have similar arrangements to “buy” coffee on Shabbat. (For the coffee lovers out there, Lopatin did explore the possibility of such a relationship with Starbucks, but the logistics didn’t work out and it didn’t seem to lend itself to community building in the same way.)

Shabbat accounts were an instant success — families and community members would meet at the store on Shabbat afternoons and sit at sidewalk tables. And then they struck on the next idea — why not use the store as an extension of the synagogue? Lopatin approached Windy City Sweets about the idea of hosting ice cream happy hours and Windy City Sweets responded by upping the ante — the store would host happy hours and charge the synagogue half price per scoop. Now, all year-round, any synagogue occasion worth marking is now celebrated with an ice cream social. Festive holidays, like Simchat Torah and Purim, end with a mob scene at Windy City Sweets, where people sweaty from hakafot or dressed in costume clamor around the counter. According to Lopatin it is one of the shul’s most successful events — about 100 people show up to any given happy hour and the crowd spills into the street. Unlike services or an afternoon lecture, ice cream happy hours require no promotion — news spreads by word of mouth, no arm twisting required.

For the Lopatins and the synagogue’s education director Rachel Kohl Finegold, these ice cream happy hours provide the perfect opportunity for building relationships and enhancing the Shabbat feeling in the community. There are naysayers who feel that even entering a store takes away from the spirit of Shabbat, but Lopatin says that the vibe at Windy City Sweets is in fact a Shabbat vibe. “People can shmooze… meet people, connect with kids. Shabbat is about bringing people together. All this is, is a scoop of ice cream and it gets people together.”

On any given Saturday afternoon in Lakeview, you’ll find Cubs fans swarming on one street, a gay pride festival on another, and a sidewalk full of Jews contentedly licking ice cream cones. Lopatin is getting ready to take the helm at Yeshivat Chovevei Torah in New York, so maybe he’s just thinking of his upcoming move and preparing for his family’s ice cream withdrawal, but he believes this is a model that could be spread to other communities. So get ready, Riverdale, a Shabbat-friendly ice cream store might be just around the corner.