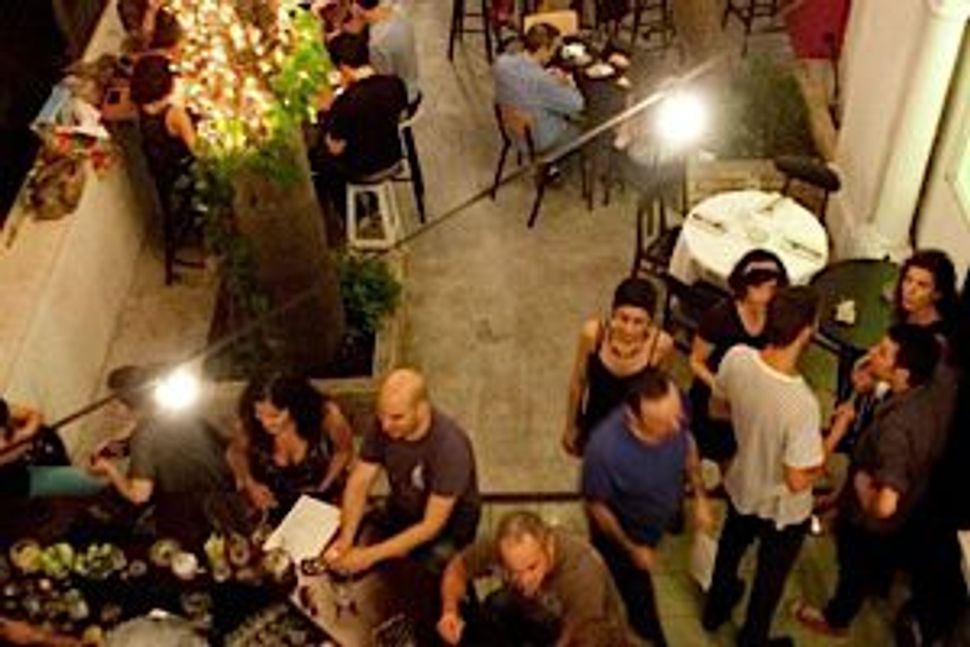 Café Europa in Tel Aviv will reconstruct an elite Jewish-Polish meal from 1893 in Warsaw. Image by Haaretz

Dror Segev, the secretary of the Tel Aviv University Institute for the History of Polish Jewry has, in recent years, spent many an hour going through Jewish daily newspapers of the 19th century. Segev is searching for materials dealing with his Ph.D thesis, but often runs into features that simply make a 21st century person smile. One of these was published in the Warsaw Hebrew newspaper Ha’Tzfira on August 3rd, 1893.

Under the headline “Passion banquet,” the story describes a festive dinner held in the summer residence in one Warsaw suburb, attended by “many of the city’s sages and learned.” The reason for the party: the arrival of “a distinguished guest presently honoring our city, Rabbi Dr. Abraham Eliyahu Harkavi.” The Hebrew paper continues its report: “On a wide bar near the summer house the table was set. Many lanterns hung on the trees illuminated the garden, and many lit candles were set on the table… The table was loaded with various delicacies and superb wine… the food was served according to Shulchan Aruch,” the code for Jewish law.

Another Hebrew paper, Hamalitz, also happily reported the banquet. “The writers and sages of Warsaw tasted heaven on earth last night. They drank from the cup of paradise and enjoyed holy delights which cannot be described in words.” After the speeches and conversations which lasted until “nightfall,” the guests were ready for dinner. “They then approached the set table and sat each on his seat, finding a list of the foods offered, printed on a beautiful, adorned sheet of paper.”

According to the custom in these days, the paper detailed the full menu. Women, incidentally, were not invited. The guests ate “stuffed fish, various seeds, grape soup, roasted chicken, fried fruits, excellent wines and various fruits,” and were offered coffee.