Cooking From ‘The Seven Fruits’ 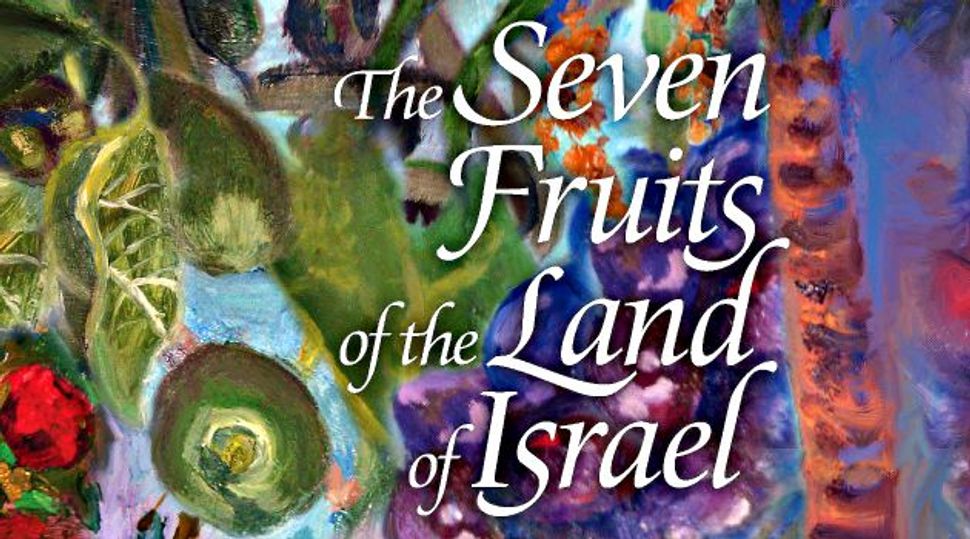 This is a sporadic column by Bay Area personal chef Alix Wall, in which she evaluates a cookbook by making some of its recipes, sharing them with friends and asking what they think of the results. Just in time for Tu B’Shvat (“The New Year of the Trees”), she cooks her way through “The Seven Fruits of the Land of Israel,” by Chana Bracha Siegelbaum.

You know you have an unusual cookbook in your hands when on one of the first pages, it says: “Please protect the sanctity of this book: This book contains quotations from the Torah. Please treat it with respect and do not take this book into places that are impure, such as a bathroom.”

And then come pages of dedications declaring glory to Hashem and wishing for the coming of Moshiach and fulfillment of our higher selves. Then there are no less than four pages of letters of endorsement from various rabbis, in both English and Hebrew.

All of this was interesting, and novel for a cookbook to be sure, but of course in my head I couldn’t help but ask the obvious question: “Uh, hello… This is a cookbook. When are we going to get to the recipes?” 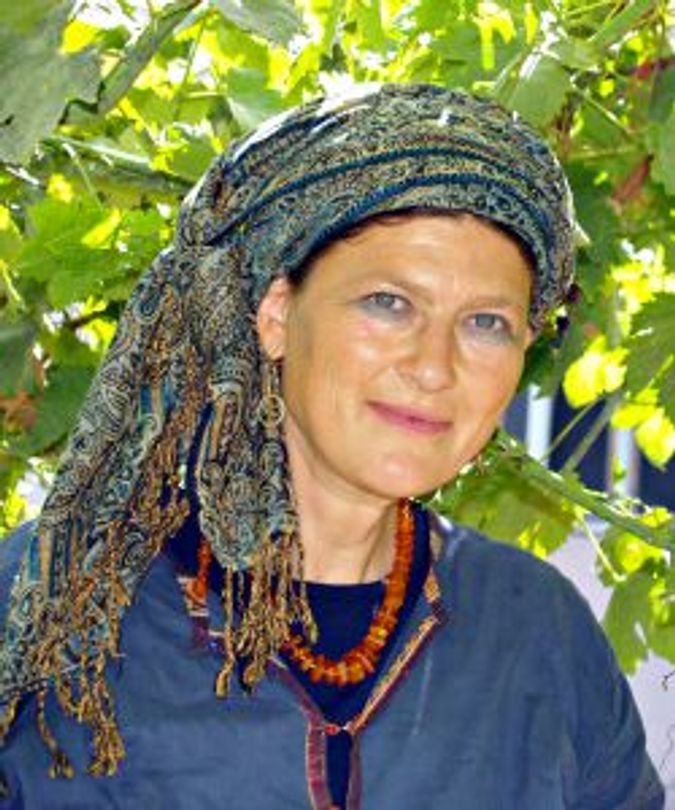 By now, you can tell that “The Seven Fruits of the Land of Israel: With Their Mystical and Medicinal Properties,” by Chana Bracha Siegelbaum (Menorah Books), is no ordinary cookbook — and that is just how the author wants it.

A native of Denmark, Siegelbaum is the founder and director of Midreshet B’erot Bat Ayin: Holistic Torah for Women on the Land. She lives in the Bat Ayin, part of the Gush Etzion settlement(s) in the West Bank, nestled — as she puts it — in the Judean Hills, between Jerusalem and Hebron.

The book is beautifully illustrated by Jessica Friedman Vaiselberg, a Long Island-based artist who studied with Siegelbaum.

The Bible says that Israel is particularly blessed for having seven species that grow there (actually, many more species grow there, but they are not discussed in the Bible, so they are not relevant to this discussion), and these seven species are at the heart of any Tu Be’shvat seder, which makes this book the perfect companion for anyone conducting one. In fact, in the book’s introduction, Siegelbaum writes that this work has developed over many years, since she celebrated her first such seder in 1981.

The seven species are: wheat, barley, grapes, figs, pomegranates, olives and dates. (Wheat was originally a fruit, and perhaps barley was as well, Siegelbaum notes, but after the fall of the Garden of Eden, its status fell to become just a grain).

Since teaching Torah is her greatest passion, much of each chapter is given over to references to that fruit in the Torah. But she also discusses each fruit’s spiritual energies, as they correspond with the seven lower sephirot (“divine emanations”) in Kabbalah; for example, wheat corresponds with chesed or loving-kindness, and so on.

She also gives nutritional information and everything is backed up by pages of footnotes, which made me feel as if the recipes were a bit of an afterthought. (Especially since Siegelbaum herself says, “to be honest, I like most of the fruits fresh, exactly the way Hashem created them.”

But eating fruit as Hashem created it would make for a rather short article, so I set out to put this cookbook to the same test as I do with all others. I invited a group of new neighbors (our East Bay Moishe House is two doors down from me) for Shabbos dinner and they brought two friends.

What Siegelbaum doesn’t mention right off is that that this is a vegan cookbook. I’ve heard about Bat Ayin’s Hassidic hippie tendencies, so this fits right in, though the author doesn’t come right out and say it.

As an appetizer, I made an olive-walnut spread, which had little in it but green olives, walnuts, olive oil and garlic, whirred in a food processor. Funnily enough, Siegelbaum doesn’t give exact proportions, so you have to guess. So simple, yet so delicious, this was one of the clear winners of the night, especially when smeared on my freshly baked Challah.

The spread had us wondering why tapenades are more commonly made with black olives, and my neighbor Annie Rose said, “It tastes much more complicated than it is.”

Flavored with tamari and cumin, a green-bean salad with black olives, which I served as a first course, was a bit too intense for everyone’s liking. Plus, the recipe said to steam the green beans 10 to 15 minutes, which I felt was way too long; I did so for five. We all ate it but found the flavors a bit too heavy for us to rave about it.

But a carrot-raisin salad was a revelation. While such a salad wouldn’t normally interest me, I chose it because it also had generous amounts of basil and chicory. Not only do the greens make a beautiful contrast to the orange of the carrot, but the bitter and sweet together was wonderful. On top of that, it was flavored with cinnamon, which — dare I say it? — was almost Ottolenghi-esque in that it was totally unexpected, and weird-sounding at first. Cinnamon with carrots in carrot cake? Of course. But in a salad? Interestingly, I thought the salad was lacking olive oil (it only had orange juice as a dressing) and when we went around the table and added it, our opinions were broken down by gender. The men all thought it was better without olive oil; the women all thought it had improved. Go figure. That and the olive spread were our favorite dishes of the night.

I struggled a bit over what to serve for a main course, as there were quite a lot of wheat loaves and wheat-based casserole-type dishes that didn’t sound too appetizing. I love a good vegetarian entrée as much the next vegetarian, but none of these piqued my interest. Instead I chose a mushroom-barley soup, which was hearty and “stick-to-your ribs,” in Paulie’s words, but had nothing to differentiate it from all the other mushroom barley soups out there.

Ellie said it felt like “Hungarian grandma soup,” while Naomi felt it wouldn’t be out of place in the “Moosewood” cookbook. Jason said eating it made him feel connected to how hard our ancestors had it in the Polish winter.

The guilt-free chocolate mousse pie was not mousse at all, but a raw dessert made with a delicious cashew, coconut and date crust, and more nuts and many more dates plus cocoa powder in the filling, with fruit on top, no sugar needed. While I thought calling it a chocolate mousse pie raised our expectations for something it wasn’t, Nat said, “It’s so much more interesting than chocolate mousse,” while Annie Rose said she felt she “could stash a piece of it in her pocket, like trail mix.”

It’s quite obvious that this cookbook is for a very specialized audience. For some of those who love cookbooks, it might be a bit too much Torah. But for those who want more than a dash of Torah with their recipes, it’s a great match.

Cooking From ‘The Seven Fruits’