If You’re Craving Israeli Eats, Trader Joe’s Has You Covered 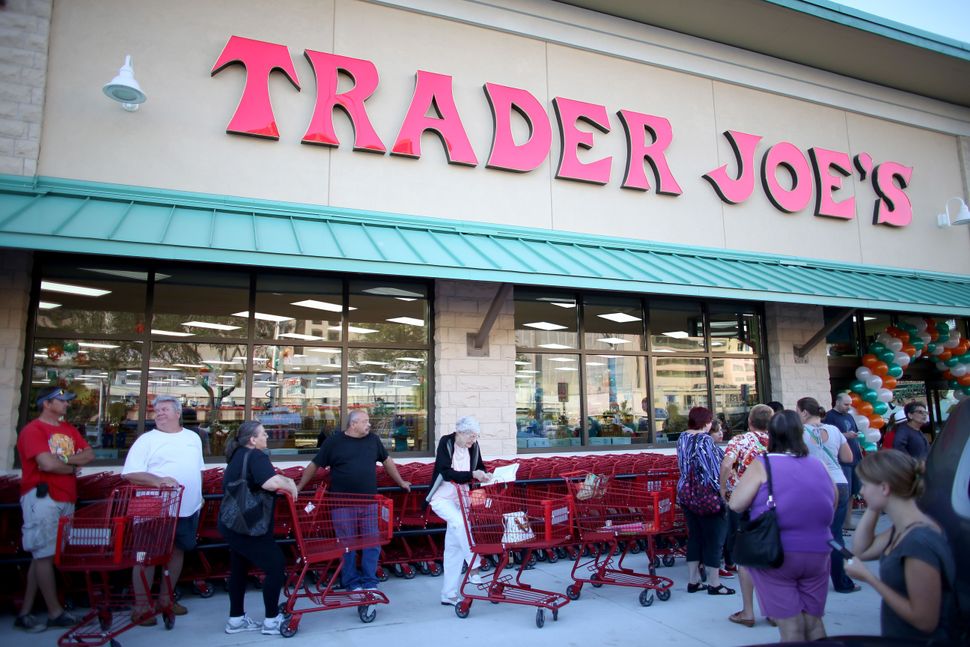 While Trader Joe’s has long been known for being a second-tier Whole Foods, a place for well-meaning people who desire their ethically sourced chow to go where they will not have to sacrifice their entire paycheck — these days, it’s becoming increasingly a bastion of cultural appreciation. In this case, a Mediterranean-infused mixing pot.

As Israeli foods continue to carve their way through the zeitgeist of American culture, corporations have taken note. Every corporate head honcho out there is lining his pockets with dreams of overpriced hummus and marinated chicken schwarma thighs. This financial fantasy has not escaped the notice of the board of Trader Joe’s.

It is my duty as food writer to inform you that if you want Israeli food in middle America, do not abandon hope. Head to Trader Joe’s, where Israeli food abounds. In fact, Trader Joe’s is so Israeli-oriented that it’s been dutifully boycotted by anti-Israeli groups.

“If I had access to Bamba all the time, I’d be a much happier human being,” Michael Solomonov told Eater. And now you can, too.

And it ain’t just Bamba.

Trader Joe’s Israeli Couscous received a decent enough score of 7/10 on the indubitable blog whatsgoodattraderjoes’com. And this Trader Joe’s feta cheese, with its taste of scorched milk, received quite a favorable review from one Bon Appetit writer. For Israeli expatriates, this could be the taste of home they’ve been praying for. Ask and ye shall receive is the moral of this tale about late stage capitalism co-opting minority cultures to sell to Americans.

If You’re Craving Israeli Eats, Trader Joe’s Has You Covered