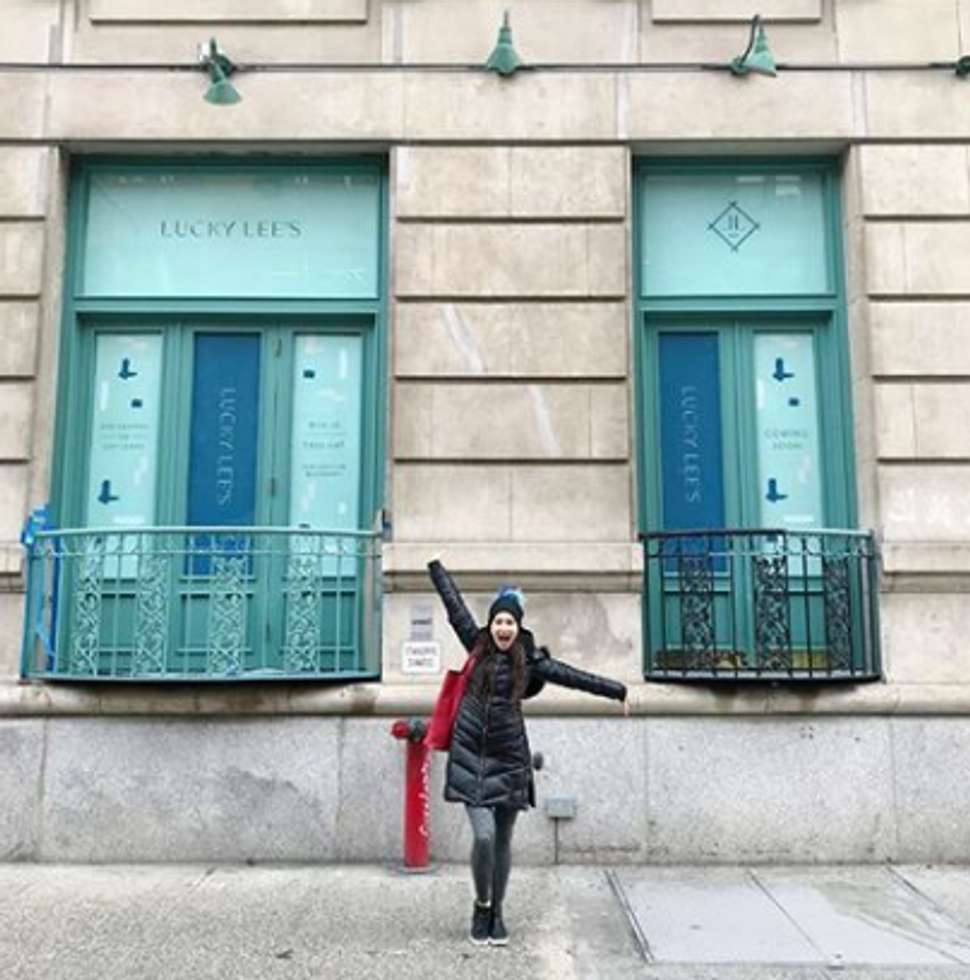 A Jewish celebrity nutritionist — and her so-called “clean” Chinese food — is at the center of a “cultural appropriation” firestorm after she opened a Greenwich Village restaurant this week.

Lucky Lee’s, which debuted on Monday, comes from “health coach” and author Arielle Haspel and her husband Lee – both of whom are white, as news reports have noted. Lucky Lee’s menu promises non-MSG Chinese food that’s “gluten-free, dairy-free, wheat-free, corn-free, [and] peanut-free”. The Washington Post reported that Haspel “set out to open a restaurant that pays tribute to the Chinese food she and her Jewish family ate growing up in New York.”

That’s all that the Twittersphere needed to swarm Lucky Lee’s in an of-the-moment battle over cultural appropriation, tensions around which have played out recently in food https://forward.com/sisterhood/308461/ruth-and-cultural-appropriation/, fashion, and music. “When Arielle Haspel tried explain her poor life decisions, she couldn’t contain her Anglo-Saxon audacity,” read one of the more polite posts.

Not everyone is opposed to Haspel’s interpretations of a traditional ethnic cuisine. “Wish I lived in NY so I could get some #luckylees and eat it right in front of some asshole who is really upset a white girl opened a Chinese food restaurant,” one commenter tweeted. Another opined that “speaking as a Chinese, anyone of any race/ethnicity can open an American-Chinese restaurant, They do not need anyone’s permission. Please stop harassing Arielle Haspel and Lucky Lee’s. My 5,000-year-old culture doesn’t need anyone to ‘defend’ it.”

Haspel didn’t respond to requests for comment. But as the Washington Post noted, positioning the restaurant as one that will “actually make [people] feel good” may not have been the best launch strategy. Haspel clarified on social media that she meant “clean” to indicate ingredients without additives, “an accepted definition of the word in the holistic community but one that conjured up an ugly stereotype that immigrant restaurants are dirty”.

And Time reported that the restaurant’s been packed at lunchtimes since opening.

Who was it who said any press is good press?

The other day we received some negative comments on an Instagram post. Some of your reactions made it clear to us that there are cultural sensitivities related to our Lucky Lee’s concept. We promise you to always listen and reflect accordingly. A number of comments have stated that by saying our Chinese food is made with ‘clean’ cooking techniques and it makes you feel great that we are commenting negatively on all Chinese food. When we talk about our food, we are not talking about other restaurants, we are only talking about Lucky Lee’s. Chinese cuisine is incredibly diverse and comes in many different flavors (usually delicious in our opinion) and health benefits. Every restaurant has the right to tout the positives of its food. We plan to continue communicating that our food is made with high quality ingredients and techniques that are intended to make you feel great. Chef/owner, Arielle’s husband’s name is Lee and his life-long love of Chinese food was inspiration for the restaurant. The name Lucky Lee’s reflects the story of how the recipes were conceived. We also received negative comments related to being owners of a Chinese restaurant but not being Chinese. Owners Arielle and Lee are both Jewish-American New Yorkers, born and raised. Similar to many other Jewish New Yorkers’ diets, bagels, pastrami sandwiches and yes, American Chinese food, were big and very happy parts of their childhoods. New York is the ultimate melting pot and Lucky Lee’s is another example of two cultures coming together. To us, this is a good thing. We love American Chinese food and at Lucky Lee’s it is our intention to celebrate it everyday and serve great food. #luckyleesnyc