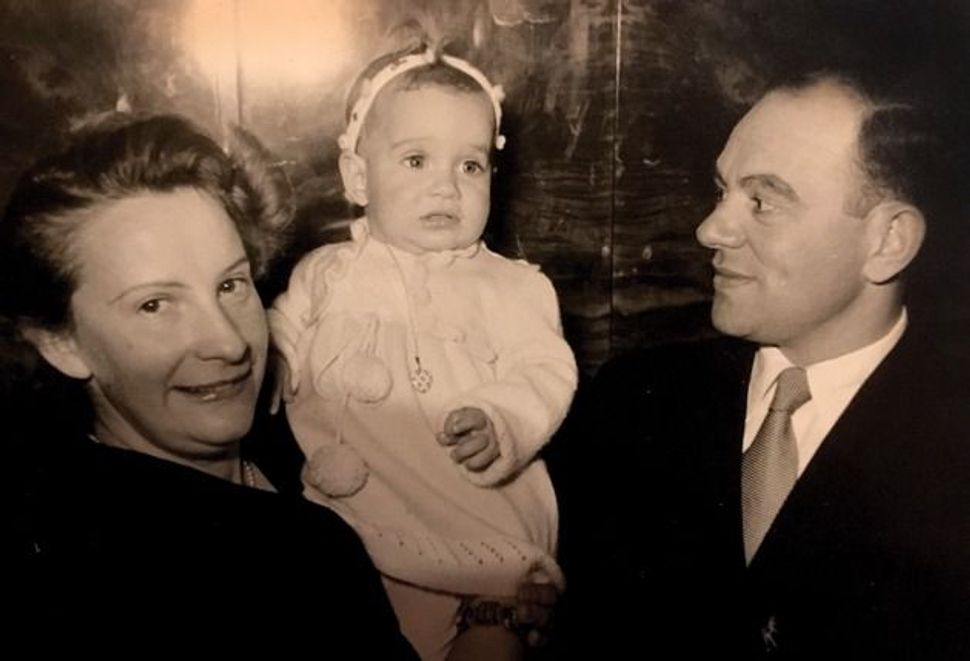 Helene Kamioner with her parents Chil and Chava Kamioner.

With the Soviet Army fast approaching, German soldiers have begun liquidating the ghetto’s last surviving residents in advance of a hasty retreat. Knowing that capture means nearly certain death, a man desperately searches for a place to hide. Around his neck is a metal pendant with a Star of David, a dog tag for Jewish forced laborers. Etched onto its surface – the number 1283.

When he finds an improvised bunker, the Jews hiding there refuse to let him in. He gives them a stern warning: “If the Germans catch me, they’re going to know exactly where you’re hiding too!” They allow him to enter.

Beside him in the bunker is his last surviving relative, a young niece. The German soldiers soon retreat, taking with them most of the ghetto’s remaining Jews. In several hours the Soviet army enters the ghetto. 5,200 Jews emerge from their hiding spots among the ruins of the Czestochowa ghetto. Just two and a half years earlier, the ghetto’s crowded streets had been home to more than 50,000.

Helene Kamioner, a publicist for opera singers and orchestras, receives an unexpected email from Yad Vashem. The email explains that Evgeny Rozin, an archivist working in the museum’s artifacts division, recently linked a pendant belonging to a forced laborer from the Hasag Pelcery ammunitions factory in the Czestochowa ghetto with the identity of the man who had once worn it. The number on the dog tag – 1283. It had belonged to Ms. Kamioner’s father, Chil Kamioner. 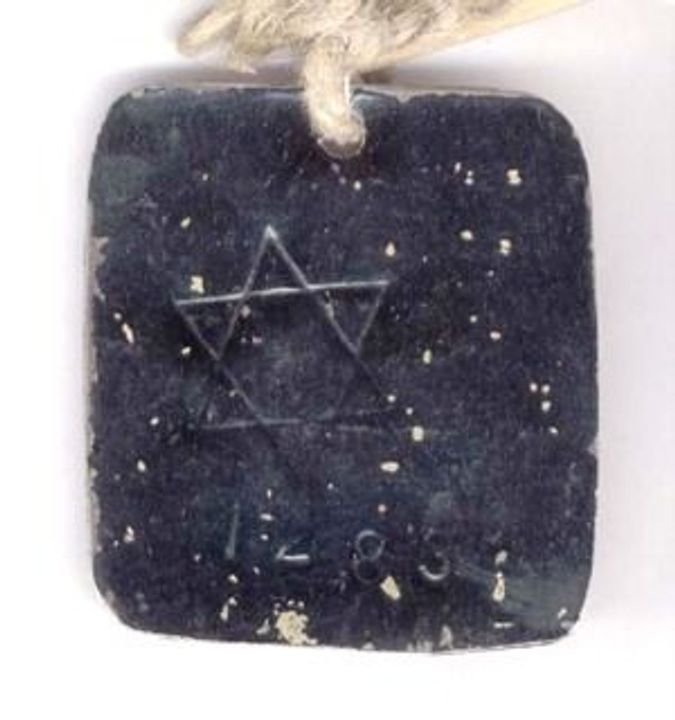 “I felt like some strange ghost was visiting me,” said Helene Kamioner in an interview with the Forverts. “You can’t imagine how I felt when I saw the picture. Initially I was just stunned. It’s an indescribable feeling. It was really painful to think how much those people suffered, not to mention the fact that my father was one of them.”

“My father often described his experiences in a way that made them seem unbelievable,” Ms. Kamioner said. “He purposefully mixed in irony and humor so as not to pain those listening to him. But when you see something like that which belonged to your father it suddenly seems more real. You can read all the books you want about other people’s experiences, have all the nightmares you want, but when you see an object that belonged to your father in that place it hits home more than anything else can.”

Yechiel (Chil) Kamioner was born in April 1910 in the town of Wielun, Poland. When Germany invaded Poland on September 1, 1939, Kamioner’s hometown was the very first to suffer an aerial bombardment. Chil, then 19, was finishing up his morning prayers. Still wearing his tallis and tefillin, he and his father ran to seek shelter from the bombs.

Soon Chil, along with his father and nine older siblings, most of whom were married with children, were deported to the Czestochowa ghetto. Besides his nine-year-old niece Krysha all of his relatives would be murdered in Chelmno’s gas vans (mobile gas chambers). He was able to save Krysha by finding her work in the ghetto’s soup kitchen. Chil himself began working as a forced laborer for Hugo Schneider AG, a German weapons manufacturer better known as Hasag.

The corporation operated dozens of factories in ghettos and concentration camps in Germany, Poland and Italy. 16,581 Jewish slave laborers worked for the company in Auschwitz alone, and an additional 41,000 Jews are estimated to have worked in Hasag factories in ghettos throughout Poland. Conditions in the Hasag factories were horrific. More than 50,000 Polish Jews are estimated to have died while working for Hasag as forced laborers. In some factories, the average worker survived a mere two months.

The workers in Hasag Pelcery, among whose ruins Kamioner’s identification pendant was found, suffered from severe malnutrition, lice and typhus. When the factory bosses wanted to get rid of the lice they would spray the workers with fire hoses, causing some of them to die of hypothermia. Conditions became so bad that a group of SS officers seized control of the factory from its parent company in 1944. The SS, of course, wasn’t concerned about the fate of the workers but about the fact that they were so weak and sick that the production of rifles and bullets needed for the front had slowed down to a trickle.

Despite the difficult work and horrendous conditions, Kamioner’s post in the factory saved his life; nearly every Jew in the Czestochowa ghetto who didn’t work in Hasag Pelcery was either murdered in a death camp or shot on the streets of the ghetto.

Although Kamioner survived six years under German occupation his struggle for survival didn’t end with his liberation. Shortly after being freed by the Soviet army, he fell deathly ill with typhus. Unable to leave his bed for months, his niece Krysha nursed him back to health.

Once Kamioner recovered, he decided to leave Poland. He travelled to Berlin and from there to Munich, where he married his wife Chava (nee Gross). The couple, together with their daughter Helene, immigrated to America in 1952. Their son Henry was born in 1955.

Yechiel’s nickname “Chil” became Charley and the new immigrant worked himself up by his bootstraps, first as a chicken farmer in New Jersey and then as an egg dealer. He remained in close contact with his niece Krysha, who settled in Australia, until his death in 2002 at the age of 92.

So how did the identification pendant from Hasag Pelcery find its way to Israel, and why did Ms. Kamioner only recently learn of its existence? Sara Shor, a collections manager in Yad Vashem’s artifacts division, told the Forverts that Jan Rochwerger, a former director of the Jewish Historical Institute in Warsaw had donated the pendant to Yad Vashem in 1984. Who first discovered the pendant or how it was brought to the Jewish Historical Institute in Warsaw remain a mystery.

“With the computerization of our databases at Yad Vashem (the artifacts collection as well as the document archives etc.) and with the advance of technology and digitization of assorted databases everywhere, we are now in a position to synchronize between all the information available at Yad Vashem about a survivor or victim’s fate during the war with information about them available worldwide,” Ms. Shor explained. “We are going through our files to see if we can add more information to what we already have.”

In this case, Evgeny Rozin, a genealogist at Yad Vashem’s artifacts division, was able to match the number on the pendant with other records at Yad Vashem, which showed that it had once belonged to Chil Kamioner. Rozin learned of Helene Kamioner through information about the family available on myheritage.com.

“It is very gratifying to be able to give people information about artifacts and/or their relatives, even if the context is painful,” Ms. Shor said.

“Even though it was distressing to see it, I immediately realized this object’s importance,” Ms. Kamioner said. “It’s living proof of history. We can show it to every Holocaust denier and say: ‘Deny this!’”