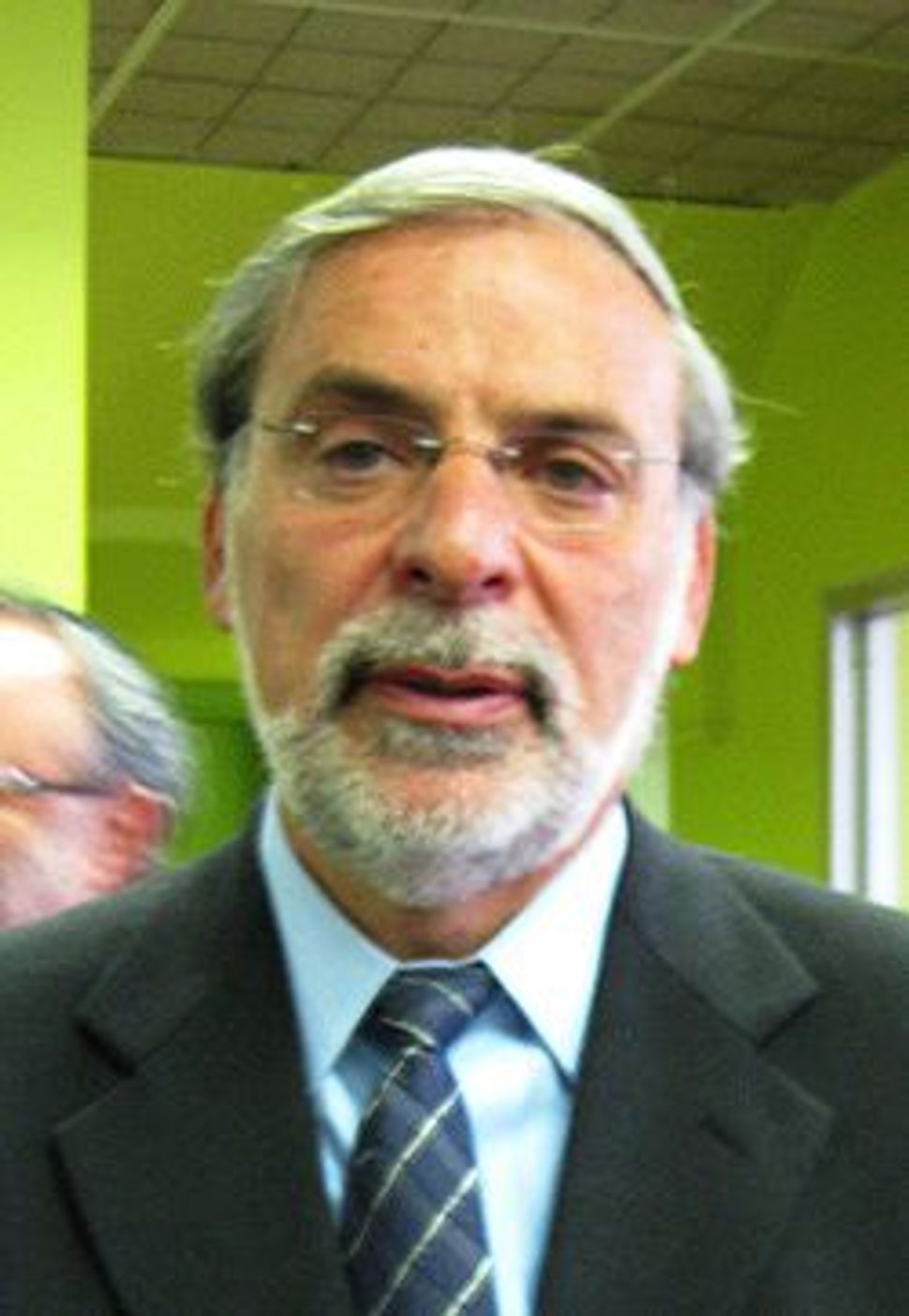 Assemblyman Dov Hikind of Brooklyn, a leading voice in the fight to end child sexual abuse in Orthodox communities, is backing down from some of his previous claims and backing away from one of his most confrontational stands against an alleged pedophile.

In an interview with the Forward, Hikind dramatically scaled down a previously reported estimate of the number of abuse cases he knew about. He also said he could not keep a pledge to force a prominent yeshiva to remove an alleged pedophile from its staff. 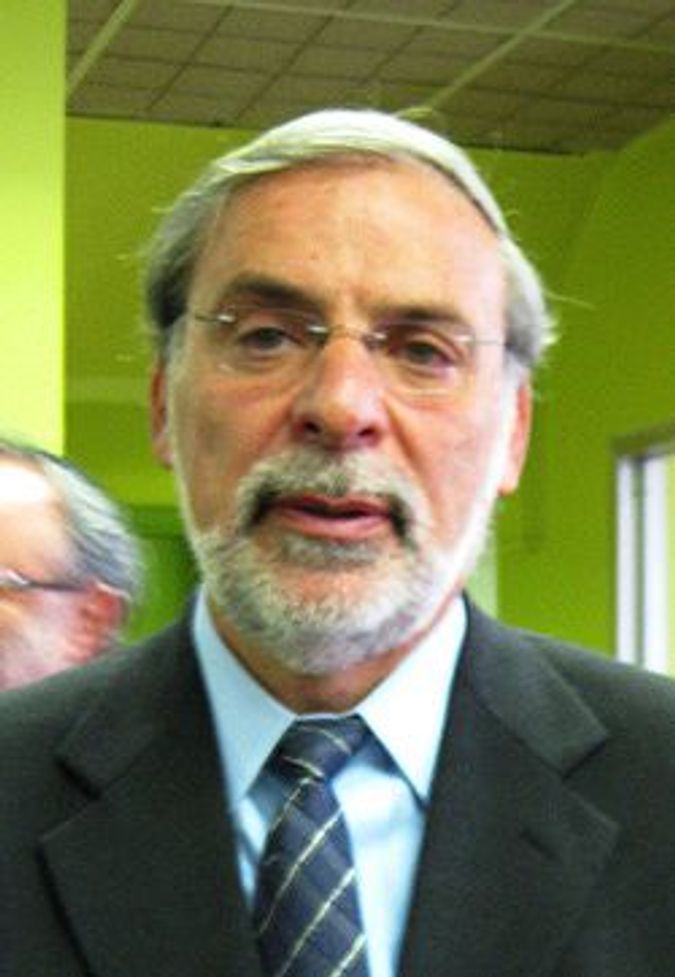 Hikind said that he adjusted his tactics in order to be most effective. “Some people want me to yell and scream; they want me to burn the town down. I know how to do that, but I would lose the war immediately,” Hikind said in his office in the Brooklyn neighborhood of Boro Park.

After Hikind first publicized the problem of child sexual abuse in religious communities on his weekly radio show, it was widely reported that he heard from 1,000 victims of past and current abuse. That figure was attributed to Hikind by The New York Times, the New York Post, the Forward and other Jewish media.

But the real figure is about 100, Hikind told the Forward. He said the often repeated 1,000 number may have come from his speculation about the possible number of cases, given what he has heard from therapists who treat sexual abuse victims.

“I think what we were saying to everybody was, my God, the numbers must be astronomical,” Hikind said. “We never said a thousand. It keeps on getting repeated; anybody who talks to me, I actually tell them what the facts are.”

In the same interview, Hikind retreated from his previous position with regard to one of the Orthodox community’s most prominent alleged abusers — Rabbi Avrohom Reichman, formerly principal of, and currently a teacher at, the United Talmudical Academy, located in the Williamsburg section of Brooklyn. Reichman, the UTA and the Satmar Bungalow Colony summer camp are all named as defendants in a lawsuit filed by Joel Engelman, 23, who says that he was sexually abused by Reichman when he was 8 years old and that the school covered up the abuse.

Since Engelman went public with his allegations, both his family and Hikind have heard from others who say they were also victimized by Reichman. Last summer, following those revelations, Hikind vowed publicly that Reichman would not return to his teaching job in the fall of 2008.

But the accused rabbi is still teaching, and Hikind has not publicly pressed the issue further. The assemblyman told the Forward that his confrontation with Satmar leaders has been “a rather huge learning experience for me.”

Hikind stated that he has “been extremely clear publicly that I believe Rabbi Reichman has done some terrible things, and he should be out. We tried a lot of things behind the scenes to get [Satmar leaders and school officials] to remove this guy, but at the end of the day, for whatever reason — and I think it has something to do with his family being very prominent and having a lot of money — they were not going to remove this guy willingly. Period. End of story.”

The UTA did not return a phone message seeking a response to the allegations.

Hikind said that he could have raised more of a ruckus — for example, by protesting in front of the school — but he believed that such tactics would ultimately hurt the cause by turning other Orthodox leaders against him, which in turn would discourage other victims from speaking out.

“I made a decision that for me to go to war with Satmar, war meaning going into the streets and fighting them publicly and protesting outside the school… it would just destroy everything I’m trying to do,” Hikind said. “I felt without doubt that I would jeopardize everything else that I’m doing. I’ve had to walk on eggs.”

Pearl Engelman, Joel’s mother, has lashed out at Hikind in the past. But at a recent public forum on child sexual abuse, she seemed more sad than angry with Hikind — though still furious at her son’s alleged molester. “The school is stronger than Dov Hikind,” she said quietly. She said people often ask her why Reichman is still teaching children.

“Honestly, I have no answer, and it needs to be asked of the community and the school that is harboring him,” she said, adding that many UTA parents don’t even know about the abuse allegations, despite widespread publicity. “Our community is so secluded that people actually don’t know the news.”

While he has been trying to work cooperatively with religious leaders, Hikind said he is supplying the district attorney’s office with the names of accused molesters. He steadfastly refuses to disclose the names of victims or to publicly name accused pedophiles, but he said giving information about suspected molesters to the authorities is something different altogether.

“We have always worked with the DA,” Hikind said. “We don’t go out and publicize it, because that would destroy everything that I’m doing. But when we have situations where there’s a danger, we constantly give that information to the proper authorities.”

He would not disclose the number of names he has passed along to the district attorney, saying only that it was “many, many, many.” The Brooklyn district attorney’s office confirmed that Hikind has been sharing information, but the office declined to specify how many names the assemblyman has passed along. Overall, the D.A. now has 19 open cases involving allegations of sexual abuse in Orthodox communities in Brooklyn, said Jonah Bruno, a spokesman for Brooklyn District Attorney Charles Hynes.

Advocates for abuse survivors say they understand that Hikind has to tread cautiously, and they appreciate his efforts.

“The fact that 100 victims came forward is significant. Think about how hard it is for a survivor to come forward in the face of the stigma in their communities. These people are really courageous,” said Lonnie Soury, who is a spokesman for Survivors for Justice, a group of Jewish sexual abuse survivors.

Elliot Pasik, the attorney handling Engelman’s lawsuit, confirmed that Hikind has been communicating with law enforcement.

“People need to recognize that the sex abuse problem has been brewing in the Orthodox community for 30 years, and an overnight solution is simply not feasible,” said Pasik, president of the Jewish Board of Advocates for Children, a group he founded last year. “I understand there are advocates clamoring for Mr. Hikind to publicly release the names of the alleged molesters, but we shouldn’t pursue vigilantism…. There is a validity to the path Mr. Hikind has pursued.”

In addition to civil lawsuits and criminal investigations, the third front in the fight against sex abuse is unfolding in Albany, where lawmakers are considering two bills that could permanently change the way religious communities deal with sexual abuse.

One would require background checks and fingerprinting for all private school employees — something that is already mandated for public schools. Sponsored by Assemblyman Harvey Weisenberg and co-sponsored by Hikind, among others, the fingerprinting bill is awaiting a hearing in the Assembly education committee.

The second bill, sponsored by Assemblywoman Margaret Markey and also co-sponsored by Hikind, would extend the statute of limitations by five years for criminal and civil cases of child sex abuse and would create a one-year window during which people could sue over old cases of sexual abuse. That bill, which would expose churches, religious schools and synagogues to possible litigation from abuses stretching back many years, may get a vote in the Assembly in the next few weeks.

In the meantime, survivors of sexual abuse say they will continue to speak out, and Hikind says he will continue advocating on their behalf — in his own way.