Once Labeled An AIPAC Spy, Larry Franklin Tells His Story 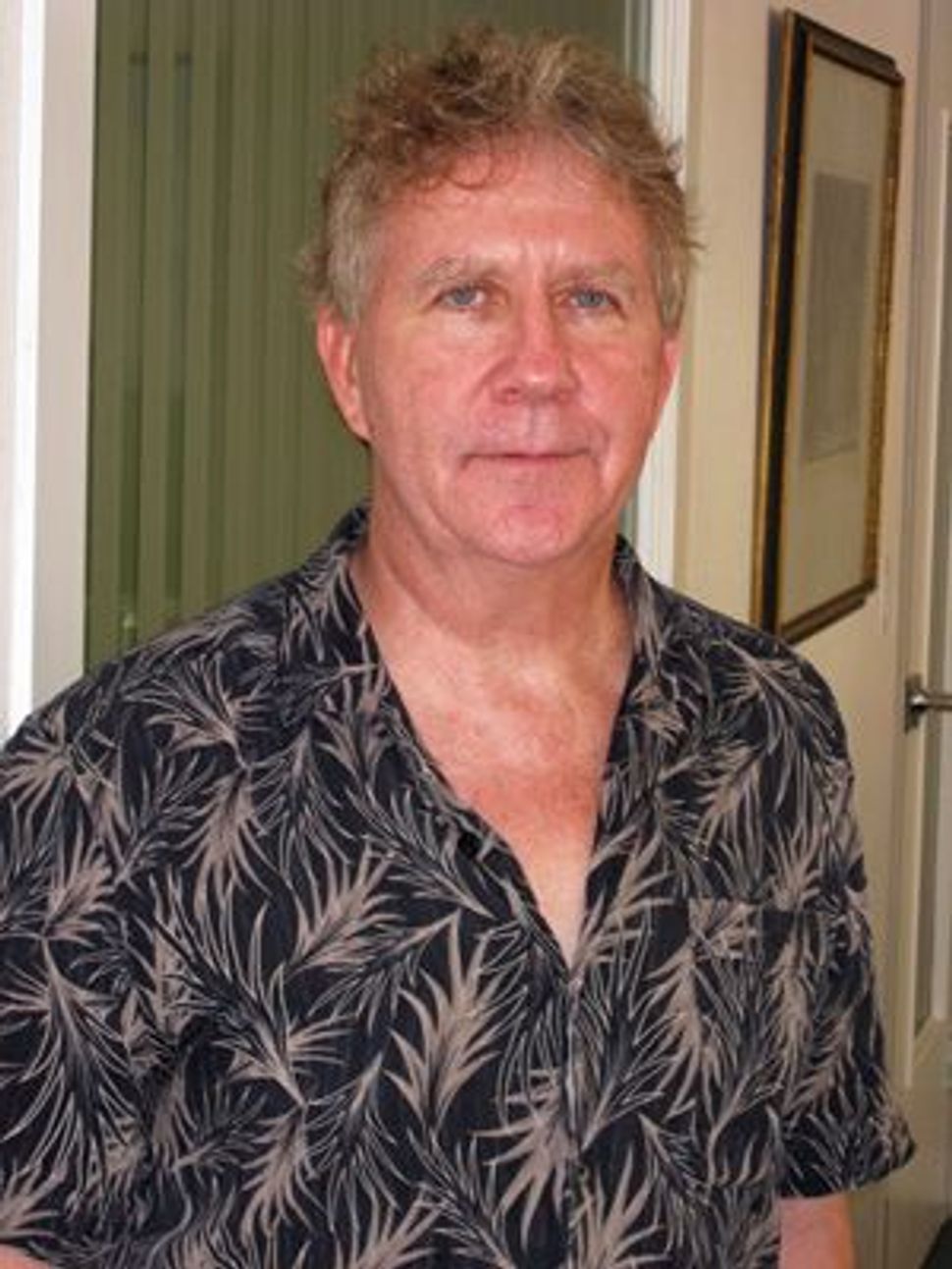 Speaking Out: Larry Franklin, the former Pentagon analyst at center of AIPAC case, tells his side of the story to the Forward. Image by NATHAN GUTTMAN

Former Pentagon Iran analyst Larry Franklin recently quit his job cleaning the restrooms at his local church in West Virginia. He still keeps his weekend job, mopping the floors at a nearby Roy Rogers restaurant. In recent years, Franklin also has gained experience in parking cars, digging trenches and cleaning cesspools. In between, he has been searching for a publisher for his book — a manual for saving America from the Iranian threat. 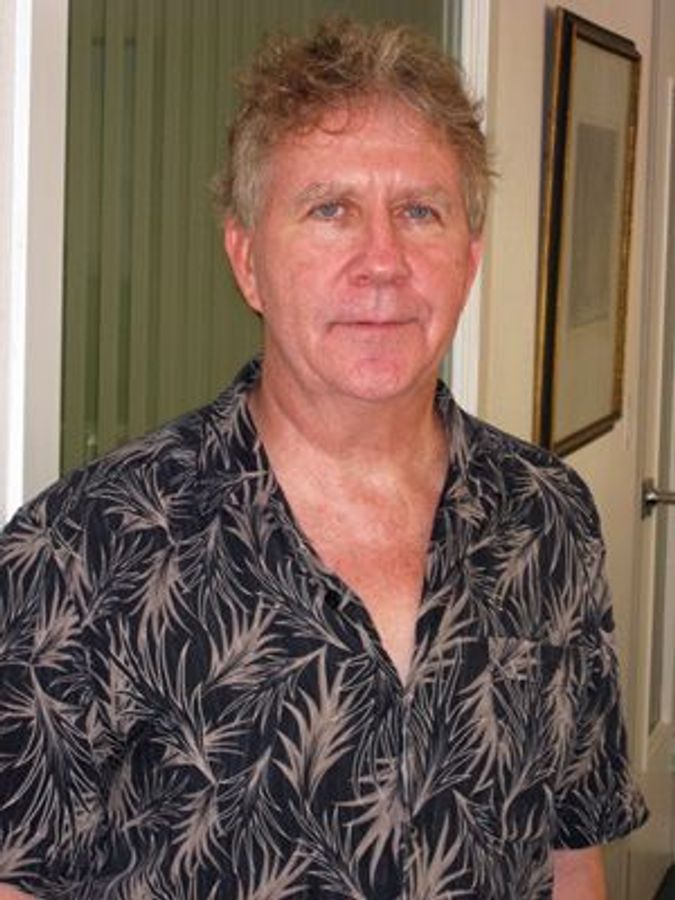 Speaking Out: Larry Franklin, the former Pentagon analyst at center of AIPAC case, tells his side of the story to the Forward. Image by NATHAN GUTTMAN

On June 30, Franklin marked the fifth anniversary of his meeting with FBI agents, in which he first learned he was a suspect in what would later be known as “the AIPAC case,” referring to the American Israel Public Affairs Committee. Along with Franklin, two of the Washington lobby’s senior officials were charged with violating the seldom-used federal Espionage Act of 1917.

Although charges against the two other key players, former lobbyists Steve Rosen and Keith Weissman, were ultimately dropped in May, Franklin pleaded guilty early on as part of a plea agreement and is preparing to serve his reduced sentence of 100 hours of community service and 10 months in a halfway house.

Franklin’s narrative of his ordeal, which started off with him being described on national news as the “Israeli mole” in the Pentagon, reflects a mixture of naiveté, frustration with government bureaucracy and a deep belief that his views must be heard, even if it meant breaking the rules. In retrospect, it was a practice in humility for the devout Catholic military analyst.

“I’ve learned a lot by crawling on the ground,” the 62-year-old father of five said in his first interview since the affair began in 2004. The lessons that Franklin has learned from his experience include the capacity by his colleagues and partners for — as he sees it — betrayal, and the persistence, he has concluded, of deep-rooted antisemitic sentiment in certain quarters of America’s intelligence community.

“I was asked about every Jew I knew in OSD [Office of the Secretary of Defense], and that bothered me,” Franklin said. His superiors at the time were both Jewish: Paul Wolfowitz, deputy secretary of defense, and Douglas Feith, undersecretary of defense for policy, whom Franklin believes was a target of the investigation. “One agent asked me, ‘How can a Bronx Irish Catholic get mixed up with…’ and I finished the phrase for him: ‘with these Jews.’” Franklin answered, “Christ was Jewish, too, and all the apostles.” “Later I felt dirty,” he added.

Bound until recently by a plea agreement that barred him from speaking to the press, Franklin has refrained until now from telling his side of the story. But in the Washington office of his attorney, Plato Cacheris, Franklin seemed eager to share his experience. Cacheris, who took on Franklin’s case pro bono, intervened time and again to warn his client against revealing information that is either classified or under a seal imposed by the court. Franklin was quick to agree, calling Cacheris his “angel” who saved him from prison.

In exchange for his cooperation with federal prosecutors, Franklin was initially sentenced to 12.5 years in prison as part of his plea agreement. But before entering his plea in 2005, he was approached by two people who suggested he fake his suicide and disappear to avoid testifying in court. At the request of the FBI, to which he immediately reported the encounter, Franklin had several follow-up conversations on the phone with one of them. “I thought I was in a movie,” Franklin said of the episode. Details of the event are still under court seal, and Franklin declined to identify the individuals who approached him or to offer further details.

Franklin, who speaks seven languages and holds a doctorate in East Asian studies, tends to weave historical references easily into his discourse, from ancient Greece to the modern days. His concern is intense.

Some in the government, he believes, “had some fantasy of a conspiracy” that had continued, unabated, after the 1985 arrest and 1987 conviction of Pentagon intelligence analyst Jonathan Pollard on charges of spying for Israel.

According to Franklin, the investigators he dealt with believed “that Pollard had a secret partner, a mole, probably in the OSD.” This quest to expose the mole, Franklin said, was, in part, “energized by a more malevolent emotion — antisemitism.”

In part, it was also fed by a deep suspicion toward Israel. “In the intelligence community,” he said, “you refer to Israelis as ‘Izzis’ and it doesn’t have a pleasant connotation. They can’t get away with kikes, so they say Izzis.” This suspicion became clear to Franklin as he learned of the way investigators viewed activists of the pro-Israel lobby.

He said it was made clear to him by the FBI that Rosen, then AIPAC’s foreign policy director, was the target of the investigation and had been followed by the FBI for years. “The bureau told me Rosen was a bad guy,” he said. Believing that he himself had “done wrong,” Franklin agreed to cooperate with the FBI investigation.

This cooperation culminated in a June 26, 2003, meeting at an Italian restaurant in Arlington, Va., where Franklin was sent by the FBI to carry out a sting operation against the AIPAC lobbyists. Before his meeting with Weissman, agents wired Franklin with microphones and transmitters and provided him with a fake classified document alleging there was clear life-threatening danger posed to Israelis secretly operating in Iraq’s Kurdish region. Passing on the information would help seal the case against the AIPAC staffers.

“At the time, I believed they were guilty,” Franklin said of Weissman and Rosen. Yet he still came to the meeting with mixed feelings. He put the document on the table, but hoped Weissman would not reach out for it. “And when he did not take the document, I did breath a silent sigh of relief,” he recalled. In retrospect, Franklin sees that moment as “one I am not proud of.”

Though Weissman didn’t take the document, he read its content, which was allegedly classified, and the sting operation succeeded. Weissman hurried back to AIPAC headquarters with the supposedly classified information disclosed it to Rosen, who subsequently relayed it to an Israeli diplomat. Even without Weissman taking the actual paper, prosecutors, who were wiretapping all the players, felt they had enough of a case to press charges against both Rosen and Weissman for communicating national defense information.

Franklin said he felt betrayed by the two former AIPAC staffers. He believed that he was sharing information with them so that they could pass it to other government officials, and was disappointed to learn they conveyed it to Israeli diplomats and to the press. “I do think they crossed a line when they went to a foreign official with what they knew was classified information,” Franklin said.

Rosen told the Forward in response: “Franklin did not expect us to warn the Israelis that they would be kidnapped and killed? That’s like telling officials of the NAACP that there is going to be a lynching, but don’t warn the victims, because it is a secret.”

For Franklin, ties with Rosen and Weissman were instrumental. He had grown frustrated with decisions made by his Pentagon bosses on Iraq and Iran, believing that regime change in Iran was the course America should pursue.

Franklin warned that Americans “would return in body bags” from Iraq because of Iranian intervention, and called for a preliminary show of force against Iran before invading Iraq, but got no response. Viewing the AIPAC lobbyists as well connected, Franklin bypassed his superiors and asked Rosen to convey his concerns on Iran to officials at the National Security Council, to whom he believed the influential lobbyist had access.

“I wanted to kind of shock people at the NSC,” he said, “to shock them into pausing and giving another consideration into why regime change needed to be the policy.” Franklin’s attempt to reach out over the heads of his bosses was unsuccessful and eventually got him in trouble. In the June 11 sentencing session at the U.S. District Court for the Eastern District of Virginia, Judge T.S. Ellis showed little sympathy for Franklin’s explanation of the reasons that led him to disclose the information. “Secrets are important to a nation. If we couldn’t keep our secrets, we would be at great risk,” Ellis said.

Once Labeled An AIPAC Spy, Larry Franklin Tells His Story