A Last Chance For Survivors of St. Louis 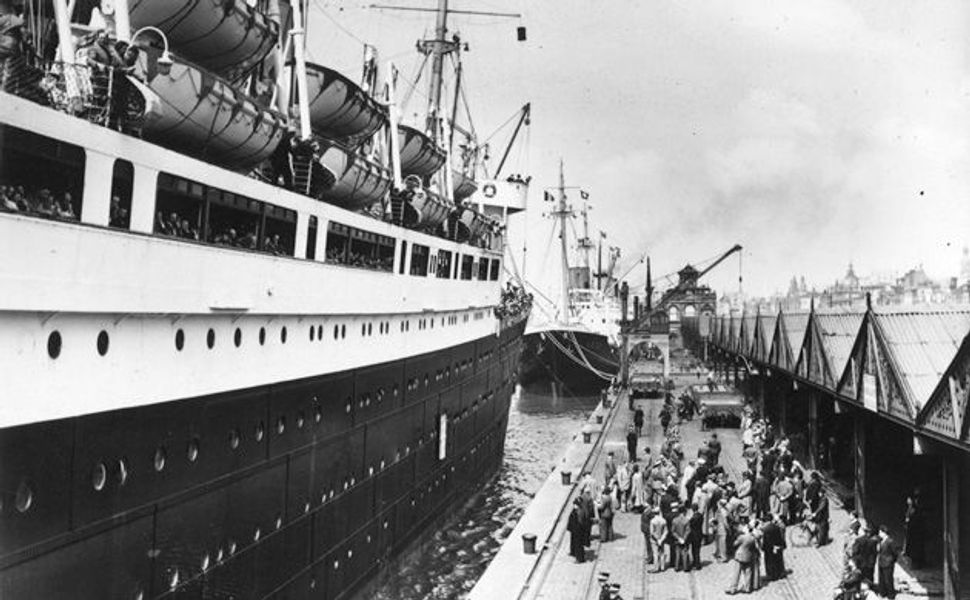 Returned: The S.S. St. Louis ended up back in Europe with its cargo of German-Jewish refugees after a number of countries, including the United States, refused to allow the ship to dock. Image by GETTY IMAGES

Seventy years after the S.S. St. Louis was turned away from the United States, the surviving passengers of the ill-fated voyage may be reuniting for the last time, near the place where their chance at freedom was denied.

Thirty-three of the 75 survivors — ranging in age from 71 to 91 and coming from more than two dozen American cities and Canada and Israel — are expected to assemble in Miami Beach for the reunion on December 13. They will sign a U.S. Senate proclamation issued earlier this year, marking the first time the United States officially acknowledged the suffering of those aboard the ship.

“It will be the last one,” said Herb Karliner, 83, of Aventura, Fla., about this reunion. “We’re getting smaller and smaller, and it’s difficult to organize.”

But his friend and fellow passenger, Phil Freund, 78, isn’t ready to say that yet.

“We treat each reunion as if it will be the last reunion — but there may be another one,” he said.

The story of the St. Louis is often recounted and lamented as a missed opportunity to save Jewish lives during the Holocaust.

Filled with more than 900 mostly Jewish refugees from Nazi Germany, the ship left Hamburg in May 1939 bound for Cuba. The Cuban government would take in only a handful of passengers, and the ship moved to South Florida, but the U.S. Coast Guard did not allow the St. Louis to dock.

Eventually the ship returned to Antwerp, Belgium, where 254 passengers — many of whom ended up in France and Belgium — died at the hands of the Nazis.

The signing of the Senate proclamation, sponsored by Senator Herb Kohl, a Wisconsin Democrat, will be freighted with meaning for the surviving passengers.

“It is symbolic,” Freund said. “The United States finally recognized that we weren’t treated right.”

Karliner said he was “very excited.”

The proclamation is “not strong enough,” he said, “but it’s better than nothing.”

Representatives from the National Archives and Records Administration, the Israeli government, the United States Holocaust Memorial Museum and a number of Jewish organizations will be on hand to take the signed copies of the proclamation back to their respective headquarters.

The reunion is being sponsored by the National Foundation for Jewish Continuity, a new group based in Boca Raton, Fla., that was started by 44-year-old Howard Kaye and designed to promote Jewish identity and continuity through the arts.

Thus, another major part of the reunion will be a performance of a play titled “The Trial of Franklin D. Roosevelt.” The work is a mythical “trial” of Roosevelt for being “complicit in crimes against humanity” by turning away the St. Louis, said its playwright, Robert Krakow of Florida.

Six St. Louis passengers will serve as the “jurors” for the trial and present their own verdicts to the audience.

“It’s a completely historic and unique opportunity,” said Krakow, who worked with Kaye to organize the December 13 event. “We’ll hear the welling-up of 70 years of emotions.” Some 400 people are expected to attend the reunion, which will be open to the public, at the Eden Roc Renaissance Resort & Spa. Tickets cost from $200 to $500.

Kaye said he and Krakow hope an event like this — and its use of the arts — can inspire younger generations of Jews to realize the “sacrifices their ancestors made” and the “value of their Jewish birthright.”

People know the story of the St. Louis, he said, but “they don’t really know of it, the significance behind it.”

The significance, Karliner said, is that “it was the beginning of the Holocaust,” because once the ship returned to Europe, the Nazis realized that no one would care if European Jews were murdered.

Freund, who was 8 years old when he sailed on the St. Louis, remembers seeing the Coast Guard not allow the ship to dock and asking: “Why are they turning us away? Because we’re Jewish?”

While Karliner acknowledges that the time is coming when there will be no remaining St. Louis survivors to tell their stories, he is somewhat comforted by the fact that many passengers had their memories recorded by the Holocaust museum and Steven Spielberg’s Shoah Foundation.

And Krakow said he hopes that when the non-passengers attending the reunion hear the accounts, it will inspire them to keep the story alive and take pride in their heritage.

“It will certainly be my greatest hope,” he said, that it will create a sense of Jewish community and a “powerful communal spirit.”

A Last Chance For Survivors of St. Louis