Mohels Give Non-Jewish Babies a Slice of Tradition 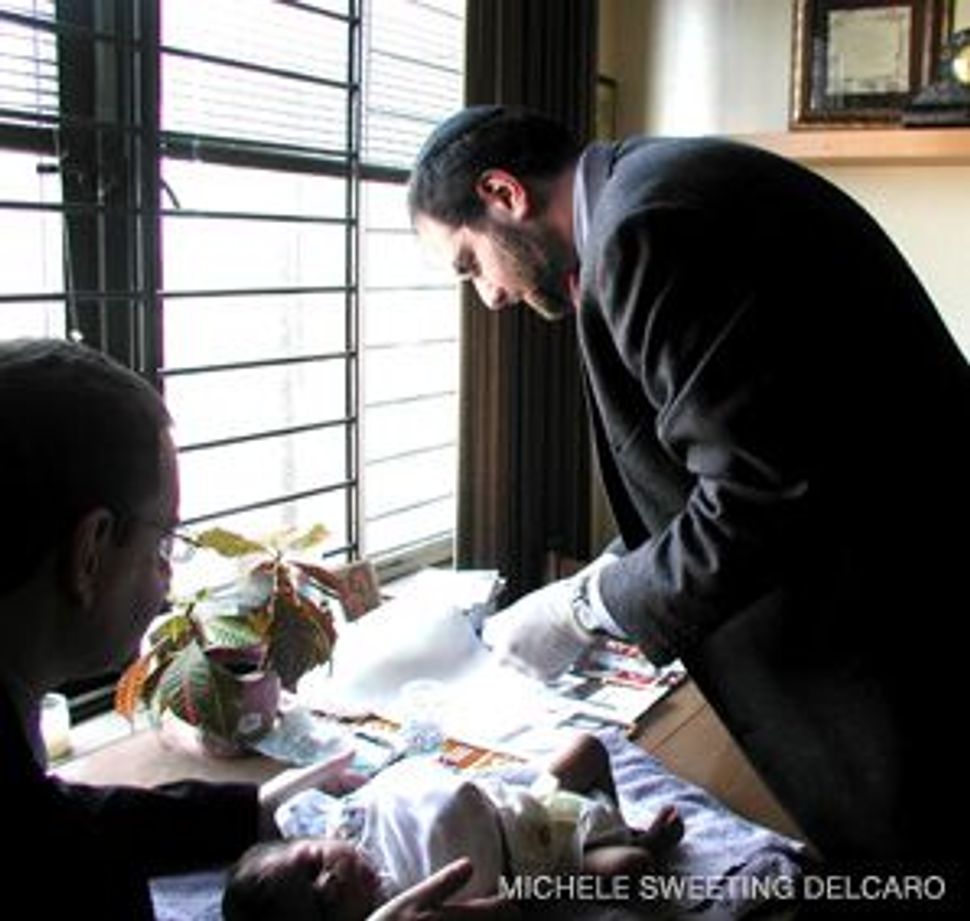 When his son was born, Reverend Louis DeCaro Jr. was dismayed to learn that none of the doctors on call at Manhattan’s Allen Pavilion hospital had time to perform the circumcision. At a loss, the DeCaros turned for advice to their Manhattan pediatrician, Andrew Mutnick, who offered a simple solution: Hire a Jewish ritual circumciser, known as a mohel. 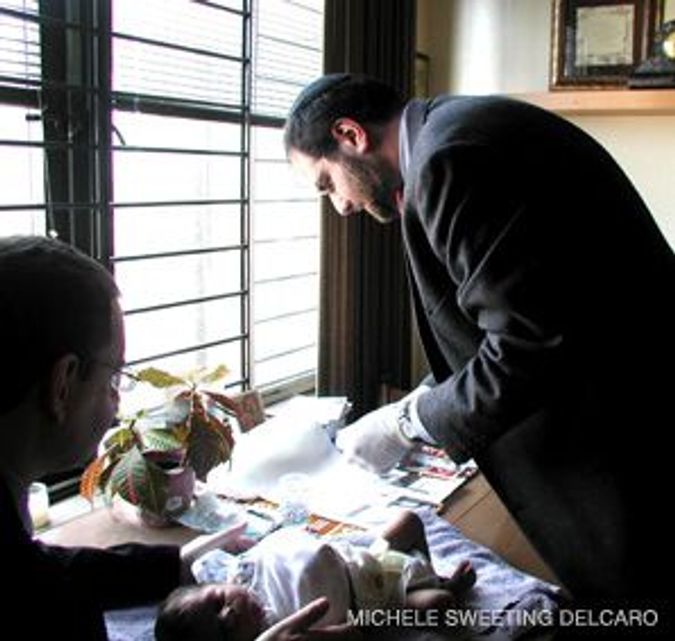 Mutnick put the family in touch with Cantor Philip Sherman, an Orthodox mohel working in the tri-state area. Sherman says he has performed more than 18,000 circumcisions in his 30-year career. There were no piles of bagels and lox waiting in the next room, no family members on hand to celebrate, but the DeCaros developed an admiration for the ancient tradition informing Sherman’s work.

“When [a circumcision] is done by a mohel, you appreciate the gravity, the beauty of the religious connotations,” DeCaro said in an interview with the Forward.

Although commonly recognized as performers of the brith milah, or Jewish circumcision, an increasing number of mohels are finding themselves handling the rituals for non-Jewish babies (even when, as in the DeCaros’ case, the father happens to be an ordained minister). Sherman, 51, may be one of the most prolific circumcisers in the tri-state area, but others — including Emily Blake in New York and Joel Shoulson in Philadelphia — have also found their services called upon by non-Jewish families. While it’s not clear exactly how many mohels offer nonritual circumcisions, the practice is, according to Shoulson — an Orthodox-trained mohel who has circumcised Muslims, Buddhists, Taoists and Hindus during his 50-year career — very widespread.

“Almost everybody else does it,” he said.

According to Blake and Shoulson, non-Jews make up between 2% and 5% of their clientele. Some, like the DeCaros, are motivated initially by practical circumstances, but others seem drawn to the mohels for spiritual reasons, if not explicitly religious ones. Both Blake and Sherman have even been approached by “Torah-observant Christians” — those dedicated to observing Old Testament commandments — seeking to have their sons circumcised on the eighth day after the birth. In all cases, families say they are drawn to the intimacy and convenience of a nonritual circumcision performed at home.

Manhattan pediatrician Susan Levitsky makes a point of recommending non-Jewish patients to mohels. Levitsky said she’s been passing out Sherman’s number more often these days, because concerns over hospital-bred infections are rising. “Why would you want to be around an environment with germs?” she asked.

That’s precisely the question posed at www.holisticcircumcision.com, a site that Sherman set up for non-Jewish parents. On it, he describes a “quicker, gentler, and more humane” circumcision carried out without the use of “drugs, injections or creams” (he suggests sugar water or wine) in an environment that’s “spiritual and meaningful” instead of “clinical and cold.”

Certain families have been won over by this nonritual gospel, despite the added cost.

While fees for hospital circumcisions are absorbed by the family’s health insurance, mohels charge between $700 and $750 for circumcisions performed in the New York area.

Two months ago, Nate Sadeghi-Nejad and his wife, Janine Foeller, were denied a circumcision at New York-Presbyterian/Weill Cornell hospital because of a staph outbreak. After the first mohel the couple contacted refused to operate because they weren’t Jewish, Foeller’s postpartum doula gave them Sherman’s number.

Their son’s circumcision was a success. Foeller was comforted that Sherman used sugar water as a mild anesthesia instead of a topical pain reliever, while her husband — who worried about the “see one, do one, teach one” circumcision practices at hospitals — was impressed by Sherman’s know-how. “I’m a firm believer that any procedure, minor or major, should be done by the person who does it the most,” he said.

Mohels aren’t always second choices. Nearly two years ago, Jeannie Noth Gaffigan and Jim Gaffigan gave birth to their first son at home through the assistance of a nurse-midwife. Though the decision to circumcise wasn’t a religious one, as Catholics the Gaffigans wanted more than a simple medical procedure. “We felt a mohel would lend a high level of dignity and significance to this very important moment in our lives,” Noth Gaffigan said in an e-mail to the Forward.

Blake, 52, arrived at a house packed with food, drink and family — a gathering that, were it not for the priest in the corner, would have looked like nothing less than a Jewish bris. While James waited for his big moment — his gauze pacifier soaked in sugar and Manischewitz — Jeannie read a passage from the New Testament describing Mary and Joseph dedicating the infant Jesus to God. After this, the priest gave a common Catholic benediction, known in Judaism as the Priestly Blessing, followed by Blake’s rendition in Hebrew.

Noth Gaffigan attributed the evening’s success to its cooperative efforts. “The fact that there was a priest and a mohel giving blessings side by side was such a celebration of unity in what can be a very divided culture,” Noth Gaffigan said.

Mohels Give Non-Jewish Babies a Slice of Tradition