Critics Counter J Street at U Penn Hillel, Which Proves Big Enough For Both 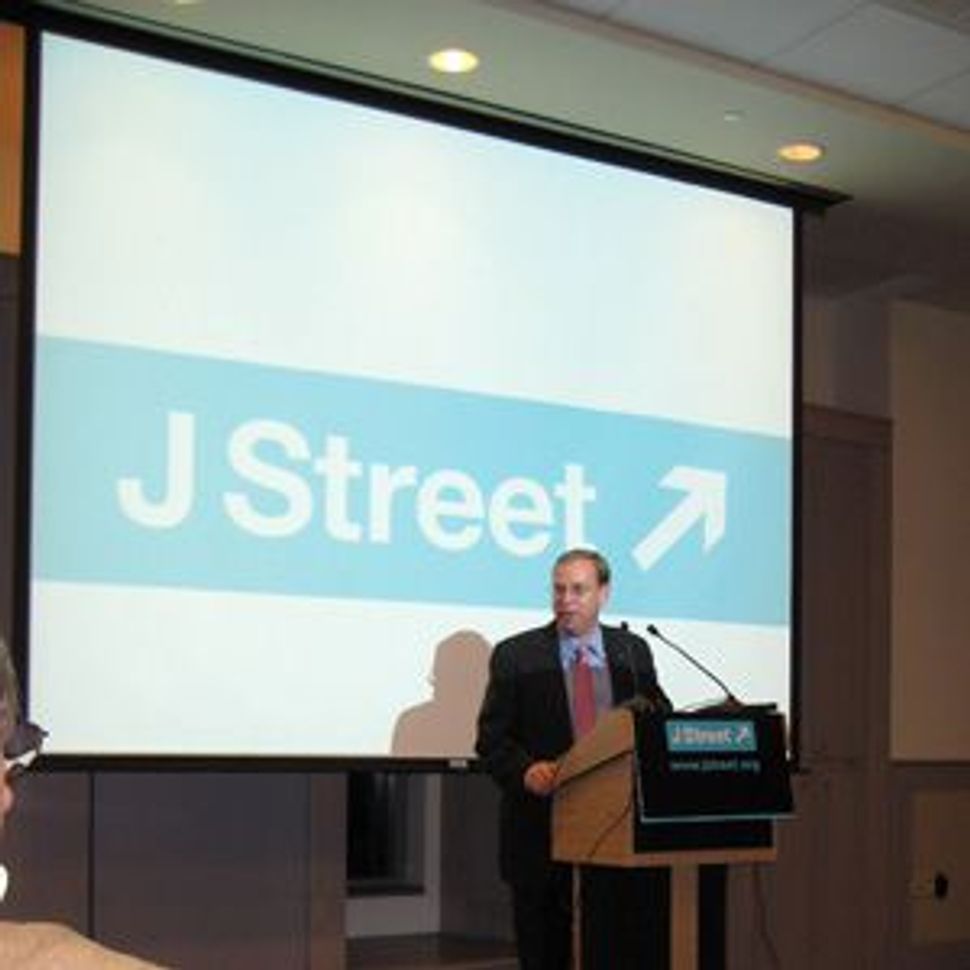 A Jewish Venue: Jeremy Ben-Ami, J Street executive director, spoke at the launch of J Street Local, a grassroots initiative. The event was at the University of Pennsylvania Hillel. Image by JOSH NATHAN-KAZIS

Days before the controversial appearance by the head of J Street at the University of Pennsylvania’s Hillel, critics of the left-wing Israel lobby announced that they would hold a counter-event in the same building at the same time. The prospect of an explosive evening came on the heels of weeks of harsh criticism aimed at Penn Hillel, in which local Hillel politics were laid bare as board members were quoted in the press debating the decision, with conservative Web sites weighing in. 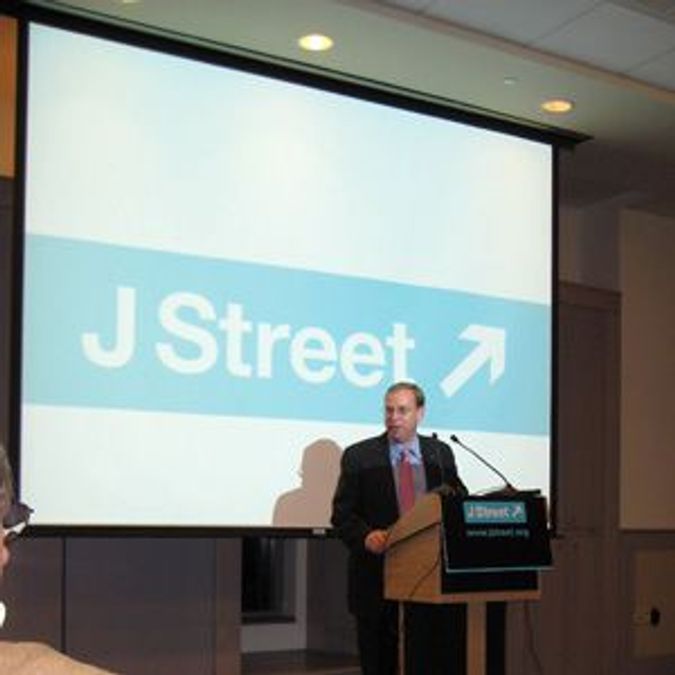 A Jewish Venue: Jeremy Ben-Ami, J Street executive director, spoke at the launch of J Street Local, a grassroots initiative. The event was at the University of Pennsylvania Hillel. Image by JOSH NATHAN-KAZIS

When the night arrived, Penn Hillel may have been a house divided, but it was a quiet house.

“We were kind of expecting for there to be picketers outside,” said Kari Hexem, a student in a post-baccalaureate program at Penn who attended the J Street event February 4. “But there weren’t.”

Two campus police officers were stationed in the Hillel lobby, but the participants at the two events, who organizers estimated numbered about 300 — about 200 for J Street and 100 for Z Street — mingled peaceably, if at all.

In the large second-floor room, attendees chatted to the accompaniment of a world music group that sounded like a klezmer band mixed with a drum circle. The event was one of 21 being held at the same hour in cities across the country. According to J Street staff, it was the only one of the events to face significant opposition from local groups.

“We’re in this space because it’s a space of obvious relevance to the Jewish community of greater Philadelphia,” said Jon Grabelle Herrmann, a co-chair of J Street Local in Philadelphia, in introductory remarks. He went on to clarify that the hall had been rented from Hillel of Greater Philadelphia, and that Hillel was not affiliated with the event.

At the top of the stairs leading to the J Street gathering, Penn freshman Matt Sherman and senior Corey Miller passed out fliers critical of the organization, not all to willing hands. They read, in part, “Although J Street calls itself ‘pro-Israel,’ the group’s policies, statements, and actions provide ample evidence to the contrary.”

Sherman said that he thought it important to disassociate his Hillel from J Street. “No one asked us,” he said of the decision to allow J Street to rent the space.

Downstairs at the Z Street lecture, Lori Lowenthal Marcus, a member of Hillel of Greater Philadelphia’s executive committee, said she was shocked when she initially heard of the J Street event. Marcus said that she was most disturbed about J Street’s plan to Webcast Ben-Ami’s speech live to J Street gatherings in other cities.

“I didn’t want J Street to be associated with Hillel. To me, it gave a hekscher that J Street is a mainstream Jewish organization, which I don’t believe it is,” Marcus said.

Marcus says that she did what she could to have the J Street event canceled. But when it became clear that a contract had already been signed and the J Street event would go on as planned, she decided to focus on the opposition by sponsoring a competing event.

“I was concerned that there would just be unpleasantness,” she said. “People would be marching around, saying unpleasant things, which certainly doesn’t do my end of the spectrum any good.”

In the fall, Marcus had organized the pro-Israel group Z Street, which had yet to hold an official event. She selected the evening of J Street’s event to hold the Z Street launch, and invited Mitchell Bard, a foreign policy analyst and the former editor of AIPAC’s Near East Report, to address the audience. Bard delivered a lecture on the failure of the peace process. Marcus noted that J Street did not come up during the discussion.

Ed Berkowitz, a member of the board of directors of Hillel of Greater Philadelphia, attended both the J Street and Z Street events. “I think that they’ve behaved quite fairly,” he said of the J Street event. “They announced our disclaimer at the beginning, that we’re not sponsoring this. I think they’ve taken the middle road from the beginning, and we’re delighted for that.”

Of the Z Street event, Berkowitz said, “I think they, too, had a moderate approach.”

Rabbi Howard Alpert, executive director of Hillel of Greater Philadelphia, defended his decision to allow J Street to use the space. “My argument with other adults is that these students deserve our trust,” he said.

Alpert noted that the Hillel had outlined a new set of policies to clarify the criterion that a group must meet in order to be allowed to rent space in the Hillel. These include supporting Israel as a Jewish state, not advocating boycotts or sanctions against Israel, and presenting viewpoints with “civility.”

Alpert sees the guidelines as a means of broadening the Jewish discourse. “By stating a line, you say everything else is within the Jewish community,” he said.

Critics Counter J Street at U Penn Hillel, Which Proves Big Enough For Both