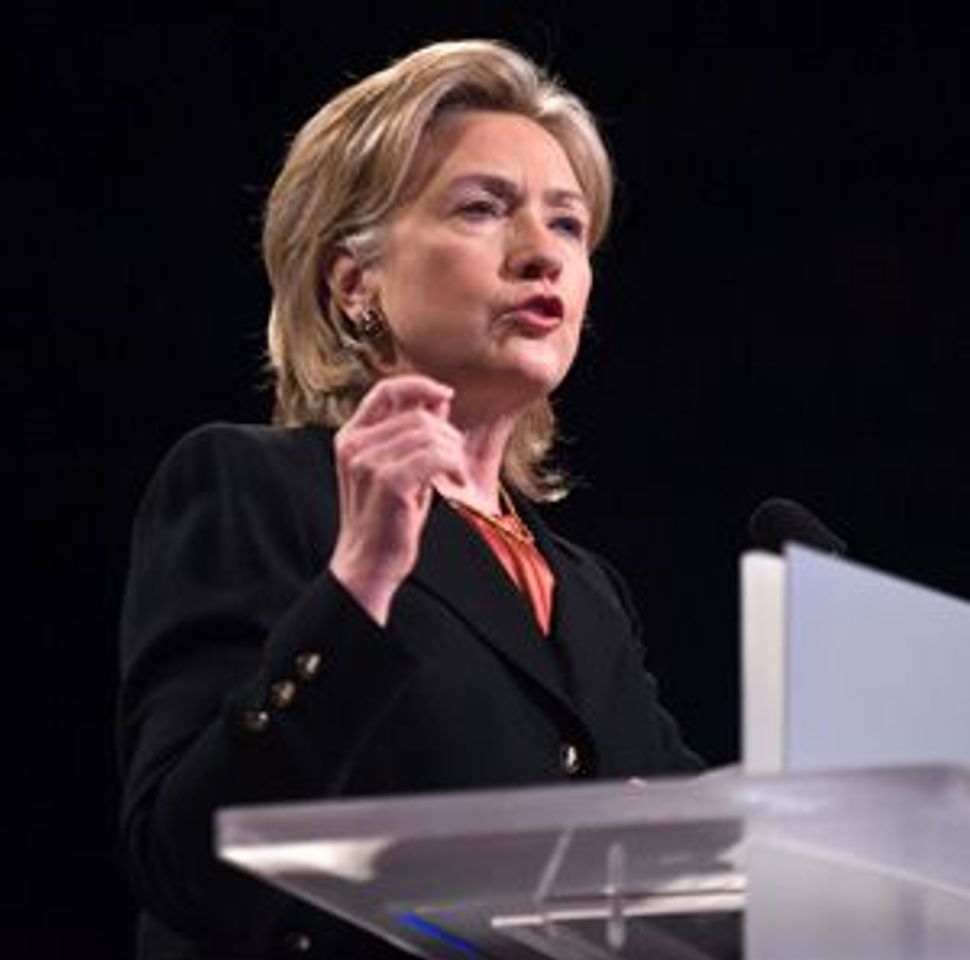 Under the klieg lights, American officials calmly repeated their opposition to key policies of Israel’s current government. Israeli leader Benjamin Netanyahu snorted defiance in the face of the American warnings. And nothing appeared to change. 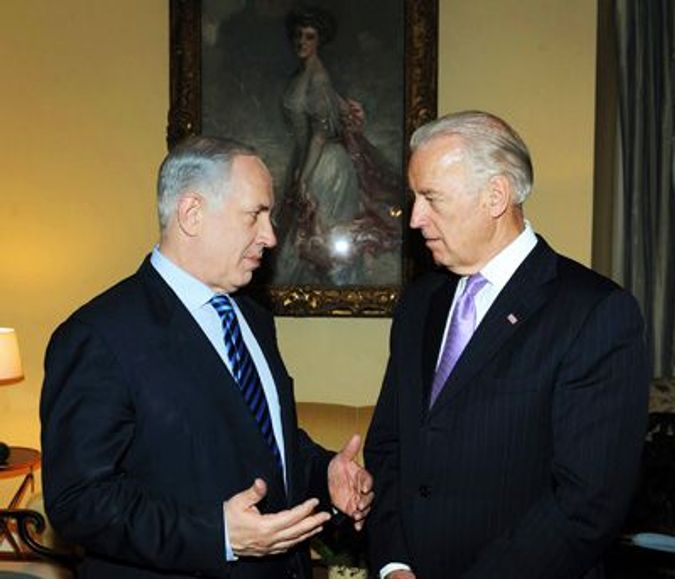 But as high-profile leadership meetings and major policy speeches fixated the public during the annual conference of American Jewry’s primary pro-Israel lobby, U.S. officials moved the ball steadily, if incrementally, forward toward substantive negotiations between Israel and the Palestinians.

On the surface, the days leading up to and including the American Israel Public Affairs Committee’s yearly conference were days of administration demands on Israel, Israeli rebuffs toward these demands, and not much evidence of a strategy by the United States on how to respond. But in fact, there were several shifts on tactical and substantive levels.

Israel, as it happened, did not rebuff all of America’s demands, just the high-profile ones. Following the debacle of Vice President Joe Biden’s March 9 visit to Israel — during which Israel announced plans for new, exclusively Jewish housing in predominantly Palestinian East Jerusalem — Secretary of State Hillary Rodham Clinton made four demands on Netanyahu during a testy 45-minute phone conversation: 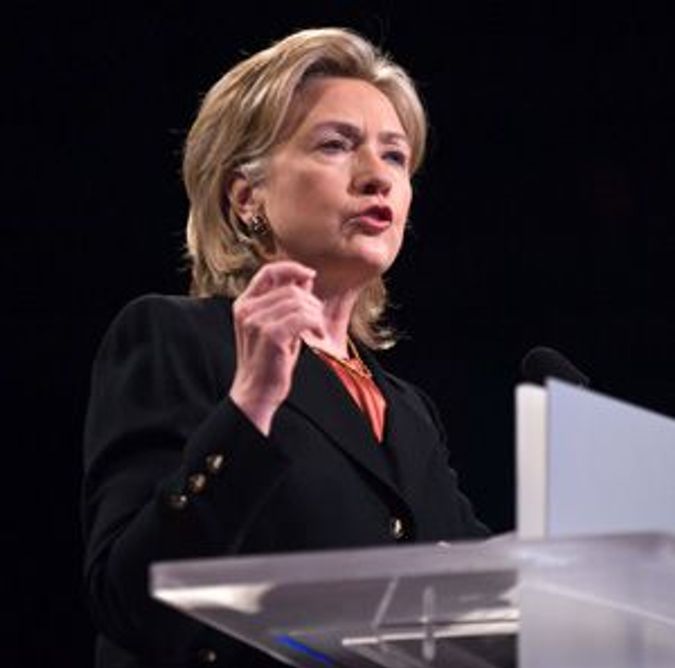 • Cancel the Ramat Shlomo building plan for 1,600 units, which sparked the crisis.

• Expand Israel’s 10-month moratorium on settlements to include East Jerusalem.

• Offer the Palestinians a number of goodwill gestures to relieve the weight of the occupation in the West Bank.

• Agree to discuss core issues — not just procedural ones, as Netanyahu desired — in upcoming proximity talks arranged by Washington between Israel and the Palestinians.

Given his views and the hawkish tilt of his coalition government, there was little chance that Netanyahu would ever agree to the first two demands. But by the time he arrived in Washington for the AIPAC conference, Netanyahu had quietly conceded the last two.

Even so, in her March 22 speech to the pro-Israel lobby, Clinton made it clear that the administration was not giving in on the points still in contention. Jerusalem’s fate, she told her audience, must be settled in a negotiation that “realizes the aspirations of both parties.”

From the same stage a few hours later, Netanyahu rebutted her, declaring, “Jerusalem is not a settlement,” and thus winning a standing ovation from his audience. Earlier that week, during the Israeli cabinet’s weekly meeting, Netanyahu also said, “As far as we are concerned, building in Jerusalem is like building in Tel Aviv.” But State Department spokesman P.J. Crowley responded bluntly and quickly in a March 23 briefing: “We disagree with that. The issues surrounding the future of Jerusalem as part of this process can only be resolved through direct negotiations, and the sooner we get there, the better.”

In her speech to AIPAC, Clinton also articulated aloud, for the first time to this crowd, Washington’s new specificity regarding the requirements of a final agreement between Israel and the Palestinians. That agreement, she told the pro-Israel activists, will be “based on the ‘67 lines, with agreed swaps, and Israel’s goal of a Jewish state with secure and recognized borders that reflect subsequent developments and meet Israel’s security requirements.”

The basis for a territorial settlement, in other words, would be the boundaries that divided Israel proper from the West Bank before Israel conquered the territory in the 1967 Six Day War.

It was a formulation that Clinton first put out in a statement issued last November, when Israel agreed to a 10-month partial moratorium on expansion of Jewish settlements in the occupied West Bank, after having rebuffed Washington’s demand for a full freeze. This time, Clinton said it herself, and directly to a domestic audience of Israel’s strongest supporters. It was a message that many did not receive happily, going, as it did, far beyond the Netanyahu government’s position.

The conference this year also took place against the backdrop of recent Senate testimony by David Petraeus, commander of American forces in the Middle East, in which he clearly linked a failure to achieve a settlement between Israel and the Palestinians to American difficulties elsewhere in the region. In Petraeus’s narrative, a settlement between Israel and the Palestinians was an urgent American strategic interest, not just a neutral mediator’s hopeful goal. It was a linkage that Israel and its supporters had long resisted, and its source was now a politically unassailable military icon, not an political figure in the administration.

All these elements subtly affected the established pro-Israel narrative. And as the public debate wound down, with both sides moderating their rhetoric and shifting to private discussions, Israel and its supporters began dealing with the aftermath of the crisis.

For Israelis, it was now a fight over the narrative.

Israelis struggled to maintain their country’s image as the party leading in desire for peace, despite its insistence on building in East Jerusalem. This effort involved not only a concerted attempt to highlight Israel’s actions, including Netanyahu’s unilateral decision to freeze building in settlements for 10 months, but also a drive to put the blame for the stalled peace talks on the Palestinians.

A senior Israeli diplomat said that Netanyahu’s emphasis on this issue stemmed from a growing concern about a shift in the way it is perceived in the United States, and from a fear that the latest spat would strengthen those in the administration and Congress who view Israel as the problematic party.

Another Israeli diplomat, who asked not to be named, cited Clinton’s address, in which she took equal note of positive steps taken by Israel, the Palestinians and Arab states, as further proof that Israel is losing its status as America’s favorite in the Middle East conflict.

The pro-Israel lobby also took up this message, as it moved to openly criticize the Palestinian leader. AIPAC’s new president, Lee Rosenberg, in his inaugural speech blasted Abbas for his failure “to end his nay-saying and come to the table,” referring to Abbas’s rejection of immediate direct talks with Israel so long as Israel refuses to institute a full freeze on Jewish settlements in the West Bank.

The Palestinians have instead agreed to four months of proximity talks, in which former Senator George Mitchell, now a special envoy to the Middle East, will shuttle between the two sides — though he now will deal with core issues, thanks to Netanyahu’s concession.

The attack on Abbas signaled a departure from what was until then a clear, if guarded, embrace of the Palestinian leader and his prime minister, Salam Fayyad, by the pro-Israel establishment. While criticized at times for allowing incitement against Israel, the P.A. leadership was seen as moderate and as worthy of support from the United States in order to counter Hamas.

Ed Genten, an AIPAC delegate from Gainesville, Ga., said he thought that Clinton’s speech at the conference demonstrated this problem. “She wants peace, we want peace, but her message is at the wrong people,” he said.

Still, with President Obama’s hard-won health care reform victory echoing through Washington as they met, no one at the AIPAC conference could dismiss evidence of the American’s leader’s long-term persistence in pursuing his goals.

In her speech, Clinton used her boss’s domestic victory to make a broader point about the character of his administration in the diplomatic arena. “If you ever doubt the resolve of President Obama to stay with a job, look at what we got done for the United States last night, when it came to passing quality affordable health care for everyone,” she told the crowd.

Netanyahu, meanwhile, chose to showcase his political feebleness during a March 22 meeting with Clinton during his Washington visit. In the meeting, Netanyahu pulled out a two-page flowchart detailing the numerous committees and government bodies that new housing developments need to go through. He stressed that he did not have jurisdiction over many parts of this process, and could not control Israel’s complicated system of planning and zoning.