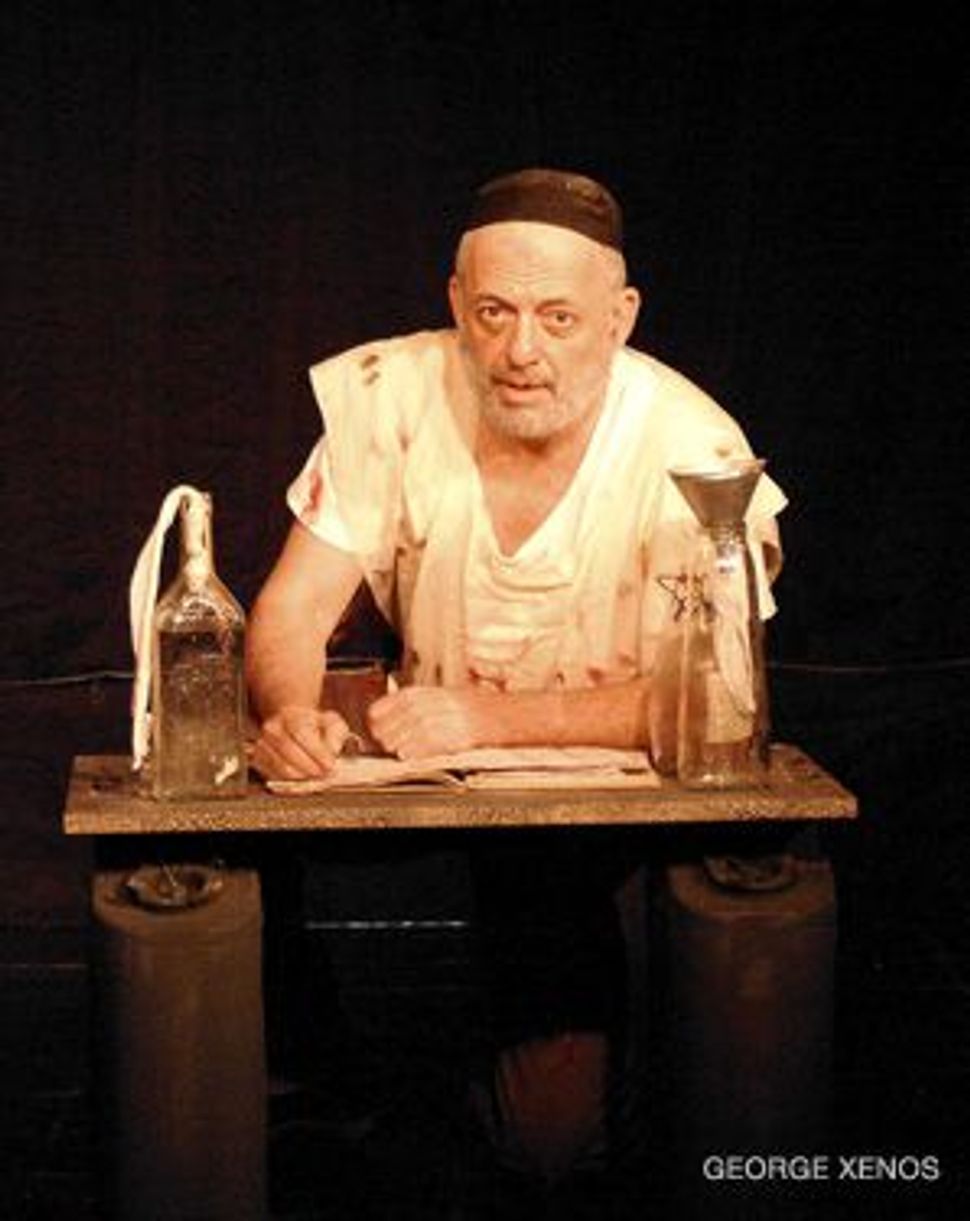 In 1946, a fictional memoir of a resistance fighter in the Warsaw Ghetto appeared in a Yiddish newspaper in Argentina. Titled “Yosl Rakover Talks to God,” the piece described the destruction of Jewish Warsaw in such sensitive detail that it was translated into a multitude of languages, propelling its Lithuanian-born author, Zvi Kolitz, into the international spotlight. 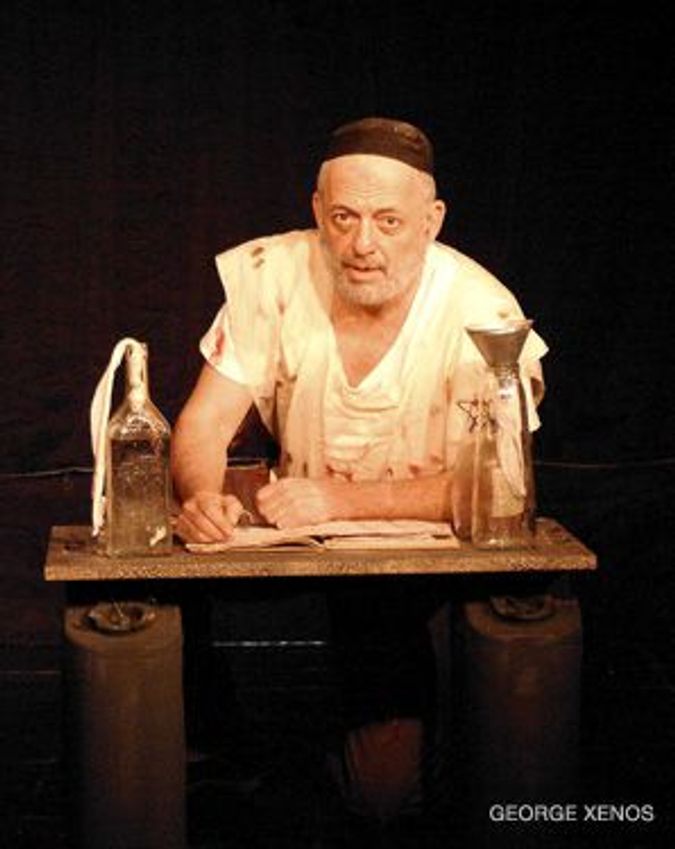 On February 3, the New Yiddish Rep, a seven-month-old repertory theater huddling in the basement of the Sixth Street Community Synagogue, which is located in Manhattan’s East Village, revisited the memoir by putting it on stage for the first time. Considered by many to be one of the finest examples of literature dealing with the Holocaust’s spiritual legacy, the memoir was adapted for the stage by New Yiddish Rep artistic director David Mandelbaum, who signed on his wife, Amy Coleman, to direct. Mandelbaum himself played a Yosl wracked by religious uncertainties.

The New Yiddish Rep’s founders see an opportunity to reinvent the public’s very idea of theater in the language of Eastern European Jewry. With the right combination of performance pieces, theater and film, the company seeks to create a forum where the range and choice of material will speak to the broadest audience, including those who never might have thought they could connect to a performance in a language other than their own. According to Allen Rickman, one of the company’s directors, the theater is open to producing not only Yiddish classics with robust, liberally translated supertitles, but also plays in English or Hebrew that illuminate the legacy of Yiddish culture.

“We want to be the alternative. We have no great interest in being Dadaist or purely formalist. We believe in narrative and power,” Rickman said. “We are not avant-garde in the sense of distancing an audience. On the other hand, we want to create linear narratives in different ways.”

Several actors and producers who had departed from The National Yiddish Theatre-Folksbiene, New York’s oldest existing Yiddish theater, formed the New Yiddish Rep. “We want to revivify Yiddish theater, to bring it new life.” said Rickman, who worked with the Folksbiene and secured the basement of the Sixth Street synagogue for the New Yiddish Rep’s performance space.

Wading through a city of Jews who mainly don’t speak Yiddish will prove to be one task that confronts the project’s cutting-edge vision. “The audience needs to be found,” Mandelbaum said. “Outside of the Hasidic communities in Brooklyn, there are very few speakers, so we need to find a formula and strategy to bring people.” There is also the challenge of fundraising. This takes into account the higher wages required by artists affiliated with the Actors’ Equity Association, which represents more than 45,000 actors; another fundraising consideration is the overall production costs, which the theater’s directors are keeping simple. The theater maintains a “Pay as you exit” policy so that it is accessible to all.

There were some notable audience results when the New Yiddish Rep staged its first performances. “Ultra-Orthodox people come, depending on the show,” Mandelbaum said. “Part of the reason I put on ‘Yosl Rakover’ was that there were no halachic issues with the show. There are, of course, some issues with others, like kol isha [the talmudic prohibition of Jewish men hearing women sing live]. We are not going to conform with any specific set of rules.” Still, Mandelbaum noted, Yiddish theater is something that will attract the Hasidic community.

Now, after the successful staging of World War II Yiddish radio melodramas and “The Essence,” a light historical overview of the Yiddish theater, written by Rickman, the company is planning another “Essence” performance on March 16th and a special performance of “Yosl Rakover Talks to God” on St. Patrick’s Day. It is also planning a reading of “Got, Mensch un Taybl” (God, Man and Devil), by famed playwright Jacob Gordin, and it is currently on the lookout for new works, in any language, by young writers. “We have a long road,” Mandelbaum said, “but it’s important to know that we are experimenting with some way to bring Yiddish theater to life.”