L.A.’s Latino Mayor Welcomed as One of the Tribe 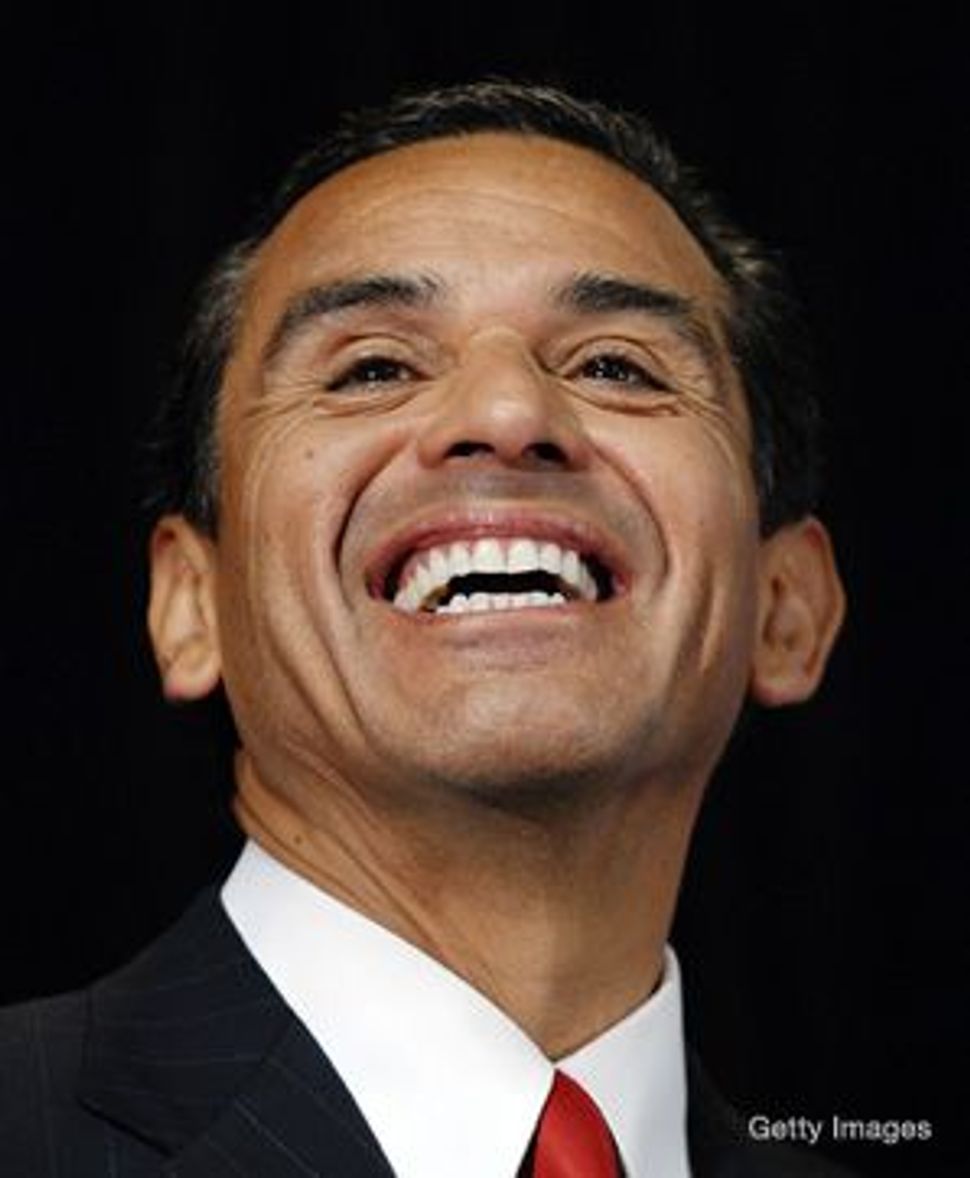 Los Angeles – When Israel launches its 60th anniversary celebrations across America, the Los Angeles ceremony will be led not by one of this city’s many boldface-named Jews but by its Mexican-American mayor, Antonio Villaraigosa. 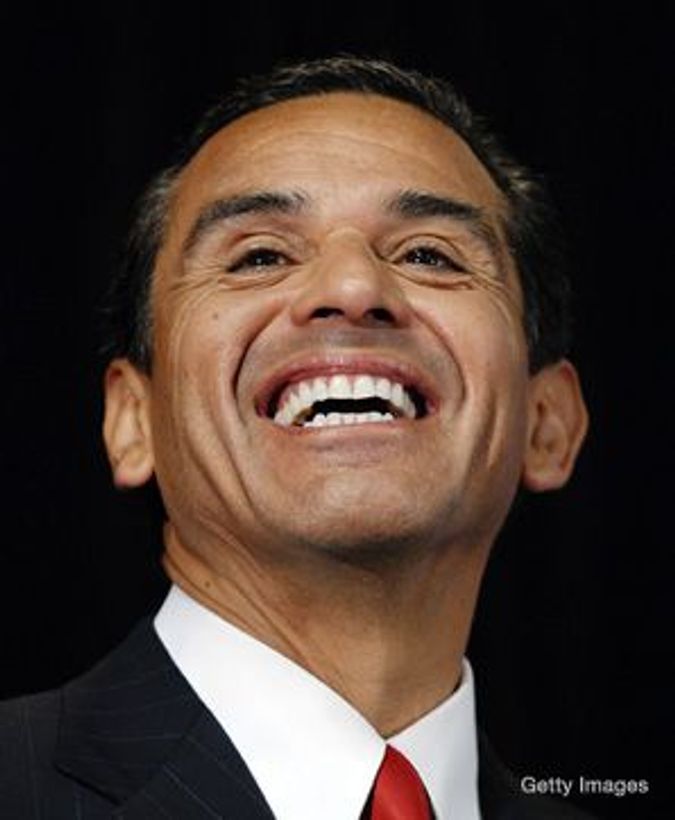 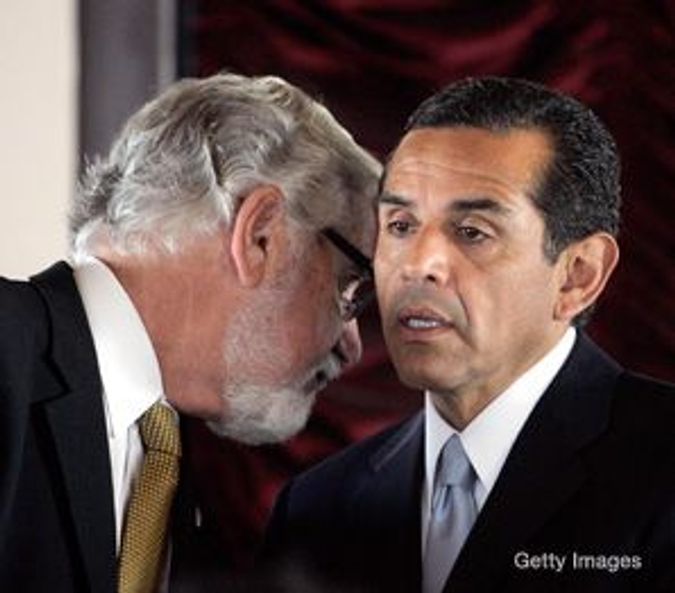 The choice is unsurprising to those familiar with the 55-year-old politician, who enjoys an unusually strong connection to Jews and Jewish life. He speaks often about growing up in the once-Jewish neighborhood of Boyle Heights, has elevated a number of Jewish staffers to highly-placed positions and — most quirkily — has even made a habit of dropping by synagogue services. Indeed, according to some local Jewish leaders, Villaraigosa has become something of an honorary member of the tribe.

Villaraigosa, a one-time union organizer for the local Los Angeles teachers’ union, is seeking to raise his national profile at a sensitive time. His political career, once considered unstoppable, nose-dived in the wake of his affair with a Telemundo City Hall reporter that came to light last July, as well as a failed attempt last year to take control of the L.A. Unified School District.

Despite these setbacks, he has continued to take on national roles, most recently as a national co-chair of Hillary Clinton’s presidential campaign. With Clinton handily winning California — in large part due to her dominant showing among Latino voters — Villaraigosa’s Democratic Party star may not be dimming as fast as his detractors would have it. Officially, Villaraigosa contends that he is simply preparing for his 2009 mayoral re-election campaign but, as rumors abound that his ambitions include the California governor’s seat and beyond, his connections in L.A. Jewish circles may bear fruit in the near future.

“My affinity with Jews over the years goes back to the time when I was a young boy, when the few people who reached out to me beyond my mother and my family were Jews,” Villaraigosa said in a recent interview with the Forward. “Jewish teachers, Jewish librarians, Jewish people in positions of influence who saw talent in me.”

This was partly because the mayor grew up in Boyle Heights in the 1950s, a neighborhood that was once predominantly Jewish and is now largely Latino. A former union organizer for United Teachers Los Angeles and a past president of the local chapter of the American Civil Liberties Union, Villaraigosa was elected in 1994 to the California State Assembly. After a failed mayoral bid in 2001, Villaraigosa was elected in 2003 to the L.A. City Council, where he represented much of the city’s mostly Latino Eastside.

While there, he befriended Weiss, who is still one of the mayor’s most ardent supporters.

“He has the potential to go as far as he wants to go,” Weiss said in a recent interview, adding that Villaraigosa is “very connected, on a personal level, with the Jews of Los Angeles.”

All past mayors in Los Angeles, home to some half-million Jews, have maintained strong relationships with the city’s diverse Jewish community. Tom Bradley, the city’s first African-American mayor, who served five terms from 1973 to 1993, also swept to victory through a coalition that included the strong support of liberal Westside Jews.

“In Los Angeles, to win elections, one has to build coalition structures,” said Steven Windmueller, dean of Hebrew Union College’s Los Angeles, campus, and an expert on Jewish politics. “What Antonio did was take the same model, except it was now Latinos and Jews, and figure out a way in which they galvanized around his campaign.”

The mayor’s inner circle includes several prominent Jews, most notably his chief of staff, Robin Kramer. Kramer has extensive involvement in the Jewish community, including serving a two-year stint as president of her synagogue, Temple Israel of Hollywood. She also serves on the boards of the Jewish Community Foundation and the historic Breed Street Shul in Boyle Heights.

According to local Jewish leaders, the mayor himself has made a habit of attending synagogue services, beyond the public appearances L.A. mayors tend to make at High Holiday services. He has been spotted at Temple Valley Beth Shalom and at Adat Ariel, both located in the San Fernando Valley — a region that tends to skew somewhat more conservative when it comes to local politics and that, unlike the Westside, went for Villaraigosa’s predecessor, James Hahn, in 2005.

The mayor has also attended Friday Night Live, a popular Sabbath service with live music held at Sinai Temple, a 2,000-family Conservative synagogue located on the Westside. In fact, said Sinai’s rabbi, David Wolpe, when Villaraigosa showed up this past September at his synagogue for Kol Nidre services, he sat in the back, didn’t come up to the bimah and left quietly. “In my experience, that is unprecedented,” Wolpe said. “It’s unheard of that a political figure should desire to come just to be there.” (Despite the frequent synagogue attendance, Villaraigosa, it should be noted, is a practicing Catholic.)

Wolpe, who describes the mayor as a personal friend, also spoke of Villaraigosa’s regular phone calls when Wolpe was undergoing chemotherapy last year; the two men, Wolpe said, discussed the importance of prayer in difficult times.

And according to Rabbi Hershy Ten, an Orthodox rabbi who founded Bikur Cholim, a Jewish healthcare foundation, Villaraigosa even has some command of basic Hebrew. He may have picked up some of his phrases from Ten, who has hosted the mayor on numerous occasions at informal Friday night dinners at his home in Hancock Park, a heavily Orthodox section of L.A. “Whether it’s wishing someone a Shabbat shalom or understanding the idea of a bracha,” said Ten, “he is sensitive as to how and when to use the proper terms.”

L.A.’s Latino Mayor Welcomed as One of the Tribe