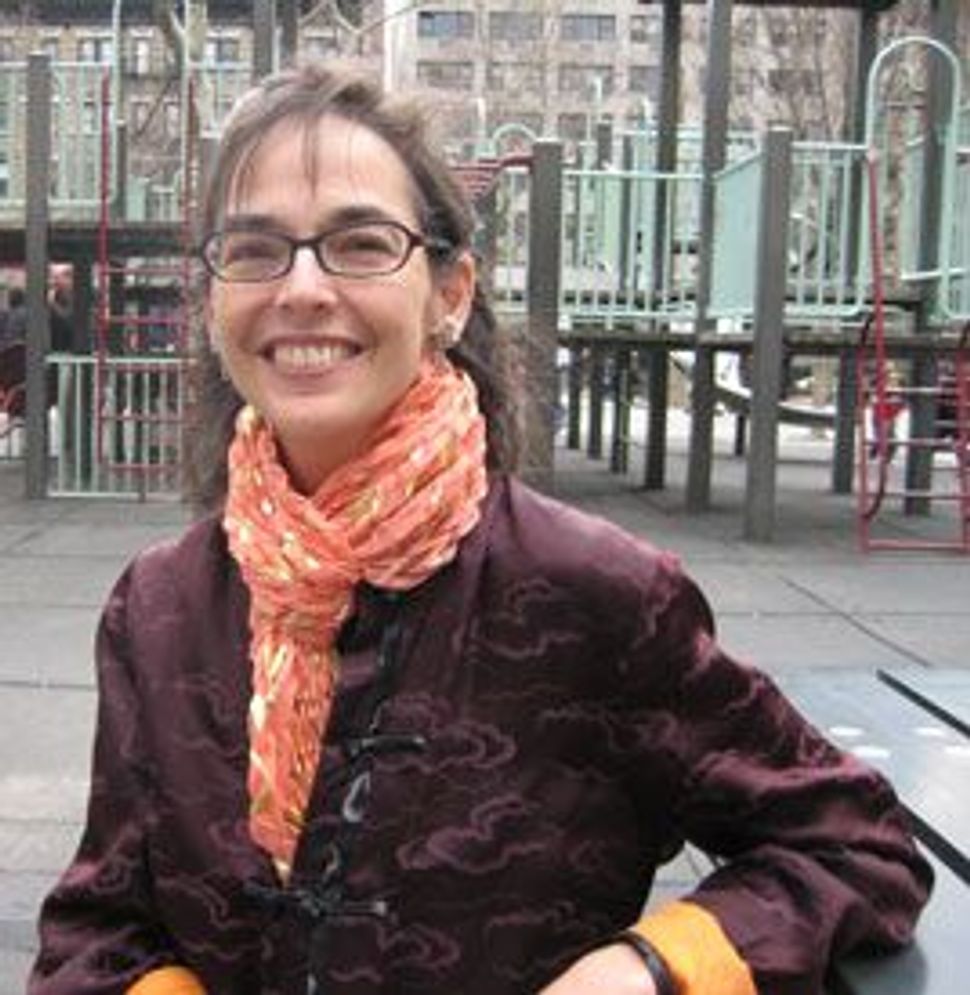 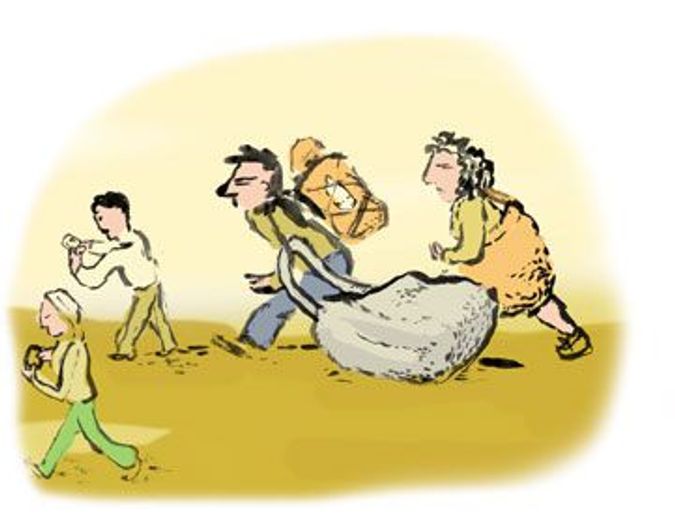 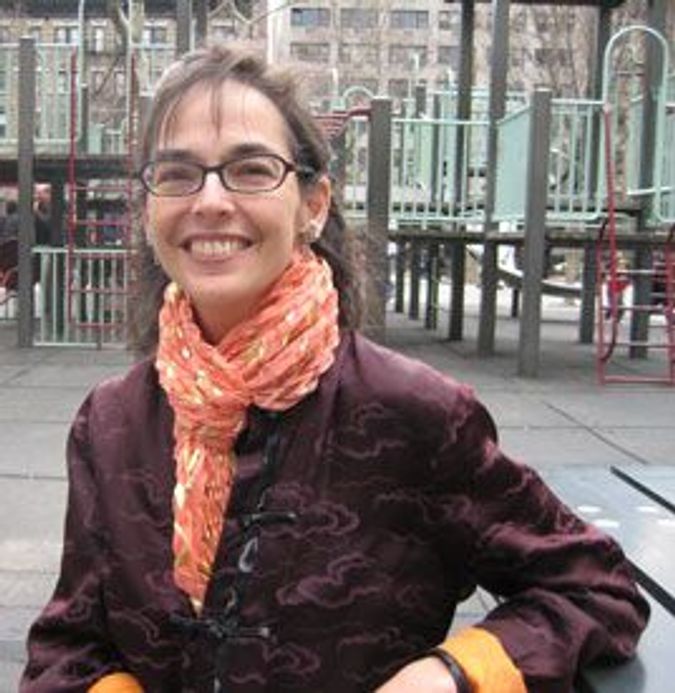 That’s the Purell slogan, a slogan that has convinced legions of Americans, especially parents, that they cannot leave the house without a good-luck charm to ward off all evil. Er, without a small vial of anti-bacterial lotion. But in fact, it is easy to imagine a touchable world: We’re living in one!

The Sabbath is a good time to come back to earth and realize that it — the world — is on our side, even if the entire marketing world is trying to convince us we are doomed unless we buy its products. That’s because on the Sabbath, at least in theory, you’re not supposed to buy stuff at all. And you’re not supposed to turn stuff on. You’re not even supposed to carry stuff! That includes Purell. And once you survive a day bombarded by bacteria, you start wondering: Who said I couldn’t? Oh, yeah. A company. With something to sell.

Of course, I know that most people do carry things on the Sabbath. Even the Orthodox do, if their community is surrounded by an eruv, a (sometimes symbolic) fence within whose confines it is kosher to schlep. But the whole idea of the Sabbath is that it’s a time to sort of put your trust in God to provide, which means not putting your trust in all the doodads thrust upon us as “necessities.”

This is a great revelation for most of us, but for parents — wow. It is divine dispensation from the yuppie burden of being a perfect parent raising a perfect kid.

Consider the fact that most parents of small kids will not leave the house without a mule-sized mound of paraphernalia. Tara Kennedy-Kline, a Pennsylvania mother of two boys and author of “Stop Raising Einstein: Discover the Unique Brilliance In Your Child…and You” (Advantage Media Group, 2009), said that her typical backpack includes “water, snacks, Band-Aids, Tylenol, coloring books, card games, sun block, umbrellas, ponchos, and apparently a sink and a small dog, by the weight of the thing.”

Its comprehensiveness seems to suggest that one’s kids would suffer, die or at least not get onto the gifted-and-talented track if mom (or dad) weren’t properly prepared for every eventuality, be it a “teachable moment” or a severed limb. What happens when a parent says, “Hey, maybe we don’t need all that”?

Kennedy-Kline found out the answer one day at Disneyland, when the “backpack of life support” got left behind in the rental car.

“It was about two hours into the day before anyone even realized it was missing,” the mom recalled, “and that was only because my son asked which one of us would stay off the roller coaster to watch the stash.” (Yes, usually one person has to absent himself from the fun in order to guard the goods. So instead of the property taking care of the people, it’s vice versa.)

Anyway, panic set in, until she and her husband realized they had their wallets, so they could buy food. And gradually they realized something else: They didn’t need the other stuff!

They managed to find water. The bathrooms had soap. When they were waiting on long lines, they talked to people instead of busying themselves with Game Boys or cell phones. (Same thing, pretty much.) Best of all, with no way of schlepping more stuff, the kids didn’t beg to buy souvenirs, because they knew they would be responsible for carrying them the rest of the day!

Now take that kind of experience — liberating — and multiply by 52 times a year. That’s the Sabbath. But the Sabbath doesn’t only liberate parents from stuffing the knapsack — it liberates them from stuffing their kids. On the Sabbath, said Zalman Duchman, the Chabad shliach, or representative, on Roosevelt Island, N.Y., “I can’t make checks on the chart!” No checks for the kids’ teeth brushing or toy tidying. “It’s like going on vacation!” His four children don’t have to be perfect, and he doesn’t have to be a perfect parent making sure that they are.

“They’re not going to ballet lessons and basketball games,” added Jeanette Friedman, New Jersey co-author of “Why Should I Care?: Lessons From the Holocaust” (Wordsmithy, LLC, 2009). In other words, parents are freed from the burden of chauffeuring — and the burden of making sure their kids are doing the right activities that could get them on the right track to the right college. It’s a day of no guilt for letting kids be kids!

Amy Schwartzman, the senior rabbi at the reform Temple Rodef Shalom in Falls Church, Va., relaxes another weekday rule on the Sabbath. “Our dentist told us real maple syrup is bad for your kids’ teeth,” she said. So six breakfasts a week, it is (disgusting) sugar-free syrup time. On the seventh? Pour on Vermont’s best! Bad for the teeth, bad for parents trying to do the absolutely right thing. Good for the soul.

The Sabbath reminds us all, but especially parents, that we don’t have to buy and carry and stress quite so much. God took a day off, and He still did pretty well. So can we, and so can our kids.

Lenore Skenazy is the co-author of “Who’s the Blonde That Married What’s-His-Name? The Ultimate Tip-of-the-Tongue Test of Everything You Know You Know — But Can’t Remember Right Now” (Penguin Group, 2009).