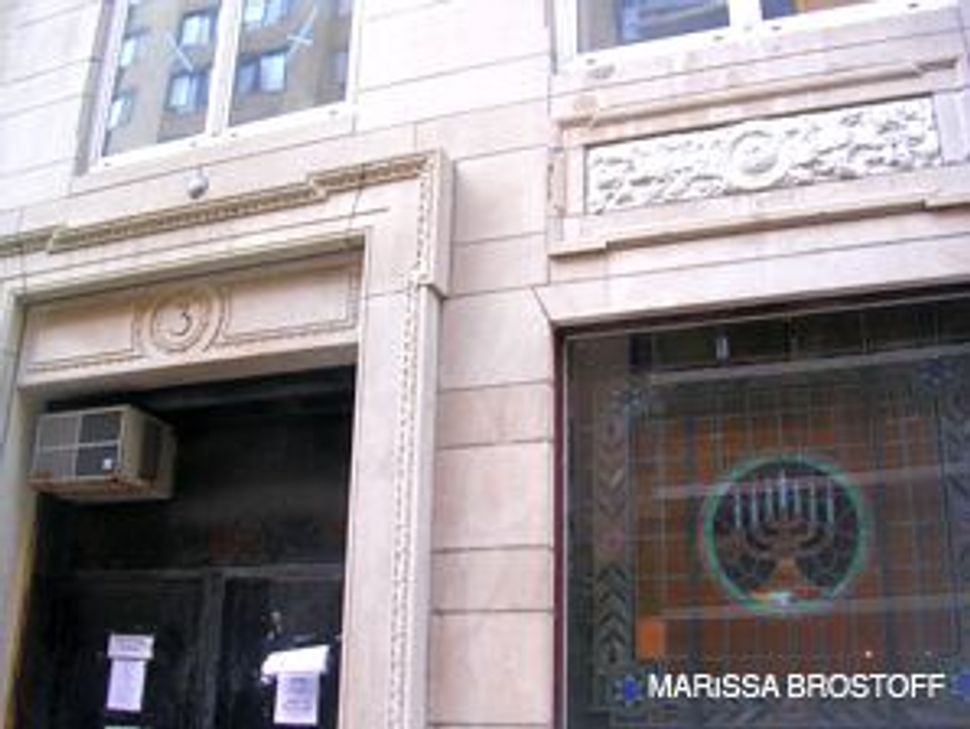 shul shuffle: At the center of the real estate dispute is the building at 3 West 16th Street, which two synagogues had hoped to call home.

Plans to establish a downtown Manhattan outpost of the famously insular Brooklyn Syrian Jewish community are falling victim to an intra-community business deal gone bad — a mess that has sparked controversy within Brooklyn’s Sephardic community and embroiled a storied Ashkenazic congregation as well. 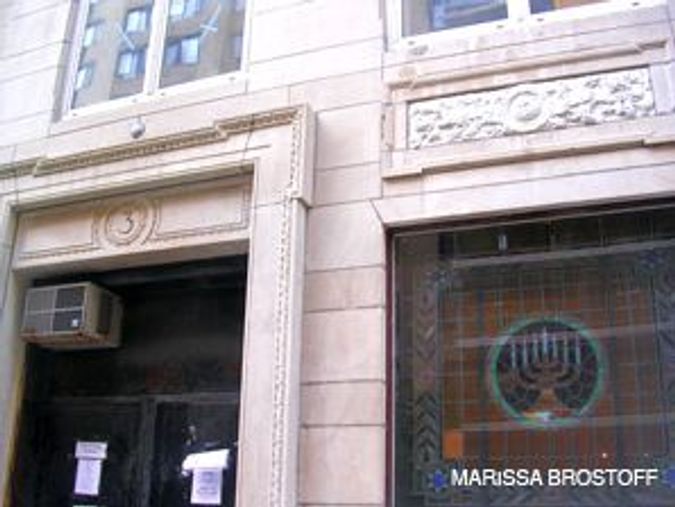 shul shuffle: At the center of the real estate dispute is the building at 3 West 16th Street, which two synagogues had hoped to call home.

According to lawsuits filed in New York State Supreme Court, the subject of the dispute is 3 West 16th Street, a modest, six-story structure on a leafy Manhattan block. For over a half-century, the building operated as the headquarters of the National Council for Young Israel, an umbrella organization for Modern Orthodox congregations, as well as home to an Ashkenazic congregation known as the Young Israel of Fifth Avenue. But a 2002 decision by the National Council to sell the building pitted the organization against the synagogue in a legal and public relations battle. A young Syrian businessman named Steven Ancona stepped in with what he thought could be a solution: Buy the building, sell the top four floors as condominiums to pay for the purchase and renovations, and deed the first floor to the Ashkenazic synagogue and the second floor to Ancona’s own burgeoning young Sephardic congregation.

In an interview with the Forward, Ancona said he thought he had found a suitable partner in fellow Syrian Jack Braha, a real estate developer and diaper manufacturer with whom he had worked before. Instead, the project became a long battle that has now landed the two in court, each charging that the other broke the deal.

Braha declined to comment for this article. Ancona, for his part, said he remains mystified by the partnership’s unraveling.

“If this were a diaper deal, or a straight real estate deal, I could understand it. But I can’t understand those types of tactics in a deal with two synagogues,” Ancona told the Forward. “Even an old-school community guy draws a line there.”

A real estate developer by profession, Ancona was a member of the Young Israel congregation and the president of a small, Sephardic minyan, Magen David of Union Square, that had been established by Young Israel member Jonathan Nachmani in 2001. The minyan had attracted a number of young, mostly Sephardic Jews from the area, including students from nearby universities and young professionals. Ancona, 34, had joined the minyan and had brought with him a number of friends who also lived in lower Manhattan. Soon, the congregation became a center for downtown Sephardic Jews, who constituted more than half of its membership.

The real estate deal, in Ancona’s telling, began when he brought in Braha for what seemed like a boon: Sales of the condominiums would pay for the purchase of the building as well as remit a healthy profit for Braha, who would also get a tax break from the donation of the space to the congregations.

From the start, according to the lawsuit filed by Ancona and the two synagogues, Braha asked to take sole ownership of the building for tax purposes, but with the understanding that Braha, Ancona, and the synagogues would all be partners. Braha would invest upwards of $9 million, Ancona would act as developer, the synagogues would each get a floor and Braha would make a return on his investment. Ancona, in turn, pledged to donate any portion of the profit he received to the synagogues.

The deal favored Braha, who was named the legal owner of the building, with the synagogues as lessors — an arrangement that, it soon became apparent, put the synagogues at risk. One member of the Sephardic synagogue who spoke to the Forward on condition of anonymity recounted that shortly after the deal was signed, a childhood friend of Braha’s offhandedly asked the synagogue member whether Braha had tried to take over the two synagogue floors yet.

Braha’s legal papers deny that the arrangement was intended to be anything other than a straight lease, with Braha as owner. In any case, Ancona signed on to Braha’s stipulations, and the project began to move forward.

“What you have to understand is that, in our community, friends are family,” a different member of the Sephardic congregation told the Forward. “Steven would never have entered into an arrangement like this with someone he didn’t consider family.”

In March of 2006, the partnership bought the building for $6.1 million, and the synagogues promptly moved out to allow construction to begin. Richard McBee, president of the former Young Israel (now called the Sixteenth Street Synagogue) says he expected to be back in time for the High Holidays that fall.

But roadblocks soon emerged. According to Ancona’s suit, Braha rejected the contractor that Ancona proposed and demanded that Ancona rebid the project. Separately, the contractor who was ultimately hired for the job walked off the project for personal reasons, leaving the building in disrepair. Rain seeped through holes in the roof and damaged the interior, forcing the synagogues to gut their spaces and rebuild them.

Synagogue members say that Braha also began to flex his muscle as owner, making new demands, asking the synagogues to contribute to the cost of renovating the building itself, then pushing to renegotiate the split laid out by the agreement. As the months dragged on, the synagogues remained in exile, roaming between rented and borrowed spaces and congregants’ homes.

The battle came to a head in the summer of 2007, when Ancona approached Braha and asked him to sign an offering plan for the condominiums so they could begin to close the deal — earning Braha his money and the synagogues their floors. Braha refused to sign — according to Ancona’s complaint, because he feared negative tax consequences.

A synagogue member close to Braha’s family attempted to negotiate between the two sides, but to no avail. Convinced that Braha wouldn’t respond to pressure from the community or a rabbinical court, Ancona and the synagogues filed suit against Braha on February 26. On April 11, Braha filed a countersuit.

Although Braha declined to comment for this article, the brief filed by his lawyers stakes out a simple position: The agreement with Ancona and the synagogues was a straightforward business deal. According to Braha’s suit, it was Ancona who violated the terms of the agreement when he devoted project funds to the development of the synagogues instead of developing the building for sale.

“Development used a portion of the advances it received for its own benefit, paying for construction work on the basement, first and second floors, as well as certain common areas used by its subtenants, the Synagogues, which was not in accordance with the pre-approved plans under the Lease,” it reads.

Braha’s papers argue that saving the two congregations may have been Ancona’s concern, but it was not part of the formal agreement between the two developers.

“During the negotiation of the Lease, Ancona also expressed his desire to donate his portion of the proceeds from the sale of the prospective condominium units to the Synagogues, and, ultimately, to gift the basement, first and second floors of the Building to the Synagogues which occupied the space, but this intention was never memorialized in the Lease,” notes Braha’s lawsuit.

According to sources close to the case, it is that clash of visions that has helped fueled the animosity behind the case.

Work at the building has now ground almost to a halt. The synagogues have moved back in, but their spaces are raw and unadorned. The leaders of the synagogues have decided not to put significantly more money into the spaces until the dispute is resolved. The members of the Sephardic synagogue, who had raised money from the larger Syrian Jewish community, have stopped raising money and have pledged to return all donations if the deal falls through. Meanwhile, as the once-booming Manhattan real estate market cools, the floors above, intended to be apartments, sit empty and unsold.