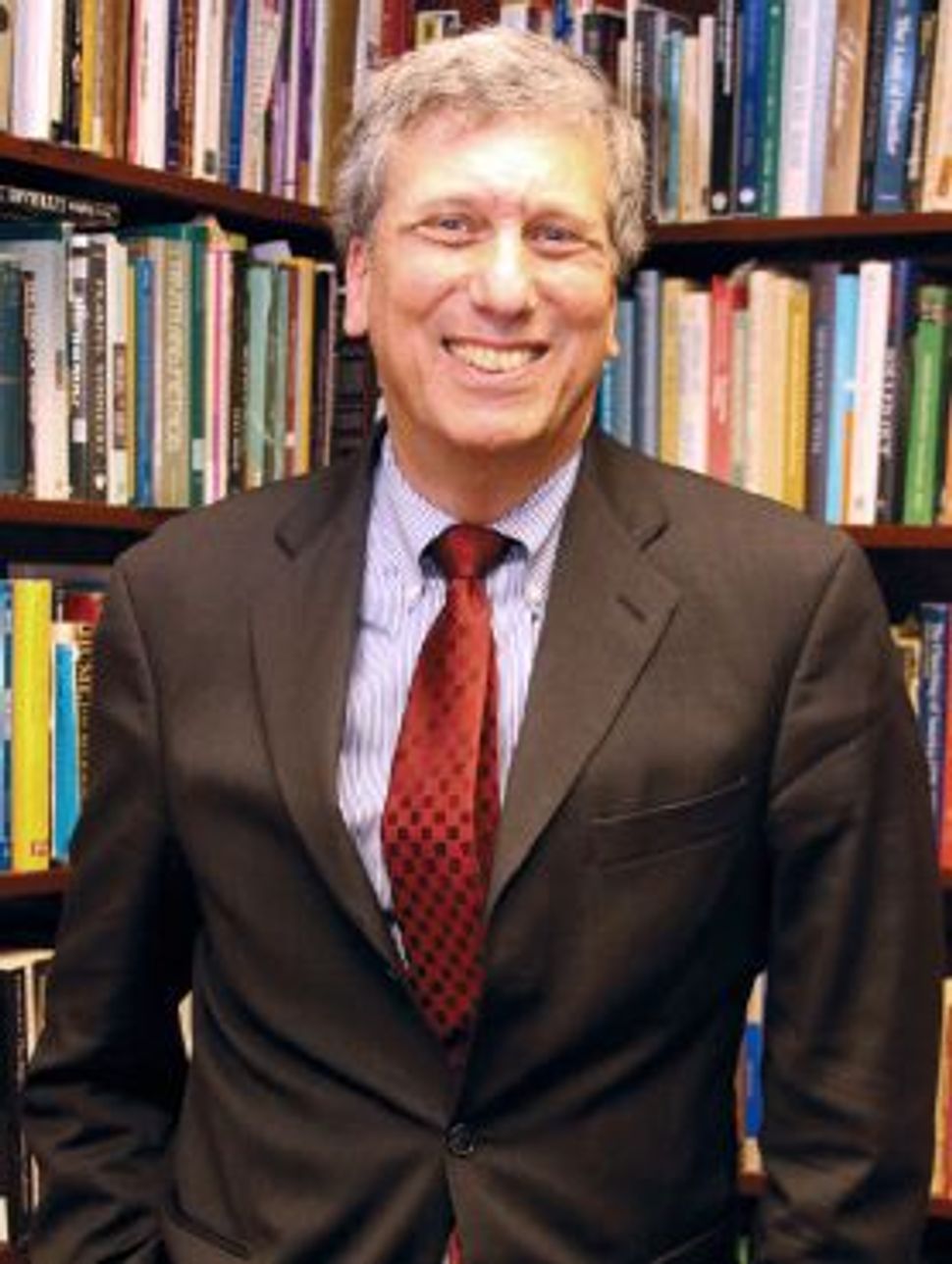 Yes We Can: Like President Obama, Arnold Eisen took over the chancellorship of JTS at a time of great economic instability. Image by Shulamit Seidler-Feller

Ask people about Arnold Eisen, chancellor of the Conservative movement’s Jewish Theological Seminary, and many compare him to Barack Obama. Both started in their current jobs as the economy was crashing, faced daunting challenges not of their making and were brought in to create change.

Both have also become lightning rods for criticism. Eisen has faced resistance from faculty over his efforts to redesign JTS’s academic structure, and complaints from within the larger movement about his presence, last July, at the wedding reception of Chelsea Clinton and Marc Mezvinsky, two former students whose interfaith wedding ceremony took place on the Sabbath.

Nonetheless, America’s president has at least one advantage that he lacks, Eisen said in an interview in his office at JTS in late November. Obama “can print money, and I can’t,” he said, smiling. 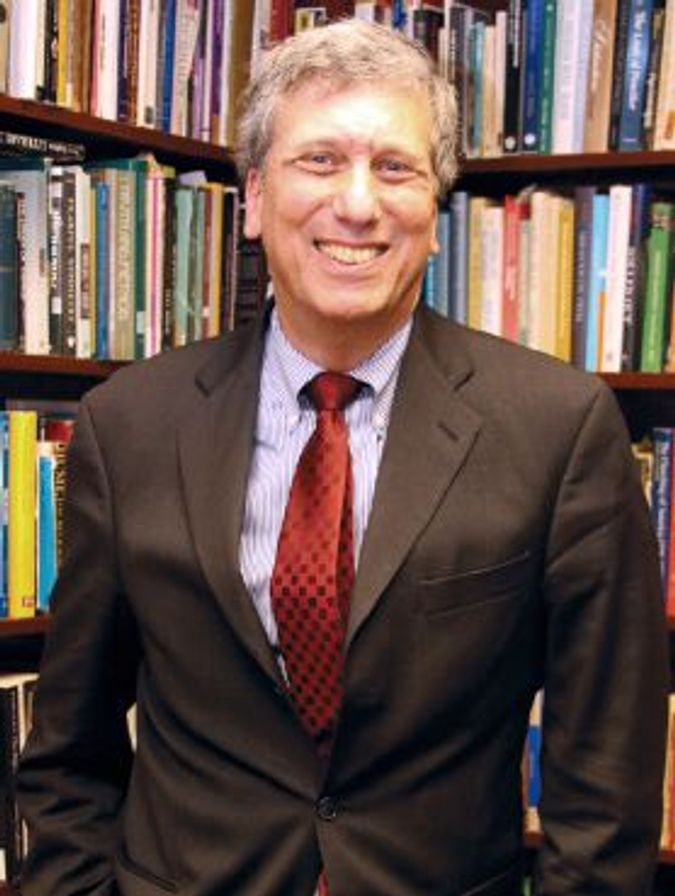 Yes We Can: Like President Obama, Arnold Eisen took over the chancellorship of JTS at a time of great economic instability. Image by Shulamit Seidler-Feller

The recession has been Eisen’s single greatest hurdle since starting part time, as chancellor-elect, in 2007, and full time, as chancellor, in 2008. “I haven’t had a year without it yet,” he said. And while it has created challenges for every not-for-profit institution in the country, there is also a sense that JTS and the shrinking Conservative movement may face an even tougher recovery than America’s economy.

When Eisen was named JTS’s seventh chancellor, “it was like Obama. We were totally euphoric,” said a faculty member who requested anonymity for fear of angering the chancellor. “We feel Arnie hasn’t lived up to the hype.”

“Our movement is hungry for leadership, and maybe like Obama, Eisen hasn’t been able to figure out how to bring the parties together,” said Rabbi Charles Simon, executive director of the Federation of Jewish Men’s Clubs, an arm of the Conservative movement.

Others, however, are happier with what they’ve seen so far.

He “has a very clear vision and is an enthusiastic leader. Even if not all the faculty sign on to that vision, there’s a lot of excitement about how we can best teach scholarship and Torah and reach the broadest possible audience, and how JTS can resume its eminent position of leadership in the Jewish community,” said Rabbi Burton Visotzky, a professor of Talmud and rabbinics there, and chair of the faculty executive committee. “A lot of us think that Arnie’s going to bring us there.”

The proliferation of Jewish studies in non-Jewish universities led Eisen to suggest that JTS no longer duplicate that mission. But the seminary’s need to alter its approach is also fueled by fiscal challenges. After a shortfall of nearly $4 million in 2009, this year’s budget is less than $27 million, according to Eisen. That’s down nearly 25% from the more than $35 million budget that JTS had in 2007.

Course offerings and the number of faculty members have been slashed, faculty and administrators were forced to take pay and benefit cuts (Eisen took a salary cut of 10%), and uncertainty about the overhauls in departmental structure and about curriculum has led to anxiety, sources at JTS say.

Enrollment at most of its schools — which include rabbinical and cantorial seminaries, a graduate school of education and an undergraduate college — is also down about 20%, Eisen said, this year totaling 559.

Student numbers at the H.L. Miller Cantorial School are intentionally low while the school is being restructured, Eisen said. Last February, he abruptly fired the school’s beloved dean, Cantor Henry Rosenblum, prompting continually circulating rumors that JTS will merge its cantorial school with that of the Reform movement.

“We’re not eliminating it by any stretch of the imagination,” Eisen said. “We’re revitalizing it.” He plans to have first-year JTS rabbinical and cantorial students take most classes together. “That’s revolutionary in the training of cantors. But it demands that cantorial students have the skills needed to study with rabbinical students when they walk in the door.

“We’re going to increase admissions standards.” he said, although he declined to provide details. The task force he appointed to make recommendations “is about to report, and I think it’s a vision which will turn out the kind of cantor who is much more suitable for the 21st century.”

It is but one of several major changes Eisen is making.

The board ratified a new JTS mission statement and strategic plan last May. In addition to the academic program overhaul, it includes plans to make “its reach more extended and inclusive, its engagement with Conservative Judaism more focused and intensive.” Its new mandate includes “scholarship in service to Judaism and the Jewish community,” “partnerships” with other educational and professional training institutions, and “reaching new types of students.”

Eisen wants to take JTS’s scholarship out of the academy and into the marketplace of ideas, broadening its reach to laypeople and clergy in the field with continuing professional education that, he said, “should be a core business of JTS.”

Not everyone at JTS supports this new direction or the way it is being implemented. A “gloom still hovers over the place,” said the faculty member who requested anonymity. “We’re still waiting for the fundraising to pick up, for our salaries to be restored. They don’t contribute to our pension accounts anymore.

“Courses are being canceled left and right. Students need more choices. Eisen was very optimistic, saying that things will be restored, but they haven’t been, and some of us think they never will be.”

“JTS is in a good position” now, Eisen said in response. “We have a balanced budget, we are in the process of moving forward and implementing many of the changes I laid out in our strategic plan, and we anticipate exciting developments in the near future.”

Despite his upbeat assessment, Eisen clearly didn’t count on this kind of wrenching financial and managerial turmoil when he and his wife, Adriane Leveen, moved to New York from California in 2008. She works as a senior lecturer in Hebrew Bible at the New York campus of the Reform movement’s Hebrew Union College-Jewish Institute of Religion.

Living in Manhattan has taken some getting used to, said Eisen, 59. “If I could commute to my job from Palo Alto, I might,” he said. But “the Jewish conversation is infinitely better in New York.”

Their son is in his last year of undergraduate study at Stanford University, where Eisen worked as chair of the Department of Religious Studies and served as Koshland Professor of Jewish Culture and Religion. Their daughter, 24, works for American Jewish World Service. Eisen and Leveen live on Manhattan’s Upper West Side and pray at Minyan M’at, a prayer group within Congregation Ansche Chesed that attracts many of the New York Jewish community’s professional leaders — including all three JTS deans, as well as some faculty and students.

“There is the temptation to do business at Kiddush, but otherwise it’s the best place,” said Eisen, who was one of the minyan’s original participants. It was first established soon after he moved to New York the first time, in 1978 with a newly minted doctorate, to teach religion at Columbia University.

You can still hear traces of his hometown, Philadelphia, in Eisen’s speech. It was there, as a student of Gratz College’s Jewish Community High School program, that he fell in love with Torah, he writes in his book “Taking Hold of Torah,” — where he was enthralled with studying the Bible and its medieval commentaries in their original forms. At the same time, he hated going to Sabbath services. He writes of the “utter poverty of synagogue life that I suffered through each Saturday morning,” with its “boring sermons, rote performances, people strutting about with great self-importance.”

When he earned his bachelor’s degree at the University of Pennsylvania, Eisen planned to become a journalist, but he changed course while spending the next two years at Oxford University, where he felt galvanized by the Yom Kippur War. “I realized it would be enormously meaningful to me to study and teach Judaism in the modern period — to understand what had happened, what Jews and Judaism were coping with — and, if possible, to contribute to strengthening the tradition.”

All these years later, he’s still trying to strengthen the tradition. Like the Obama administration, also criticized for its messaging, the Conservative movement’s central challenge today, Eisen said, is “a PR problem.

“We’re more right than anybody else is … when it comes to the 21st century,” Eisen said. That hasn’t been communicated clearly, “because we never thought of ourselves as a denomination the same way Reform and Orthodox did. We always thought of ourselves as a people,” he added. “There has been a lack of messaging over the years, and we’re poised to do something about that” now. “We’ll be naming things that we’ve been doing much more explicitly than we have been.”

But there’s one important difference between him and Obama, Eisen said: “I can’t play basketball to save my life.”