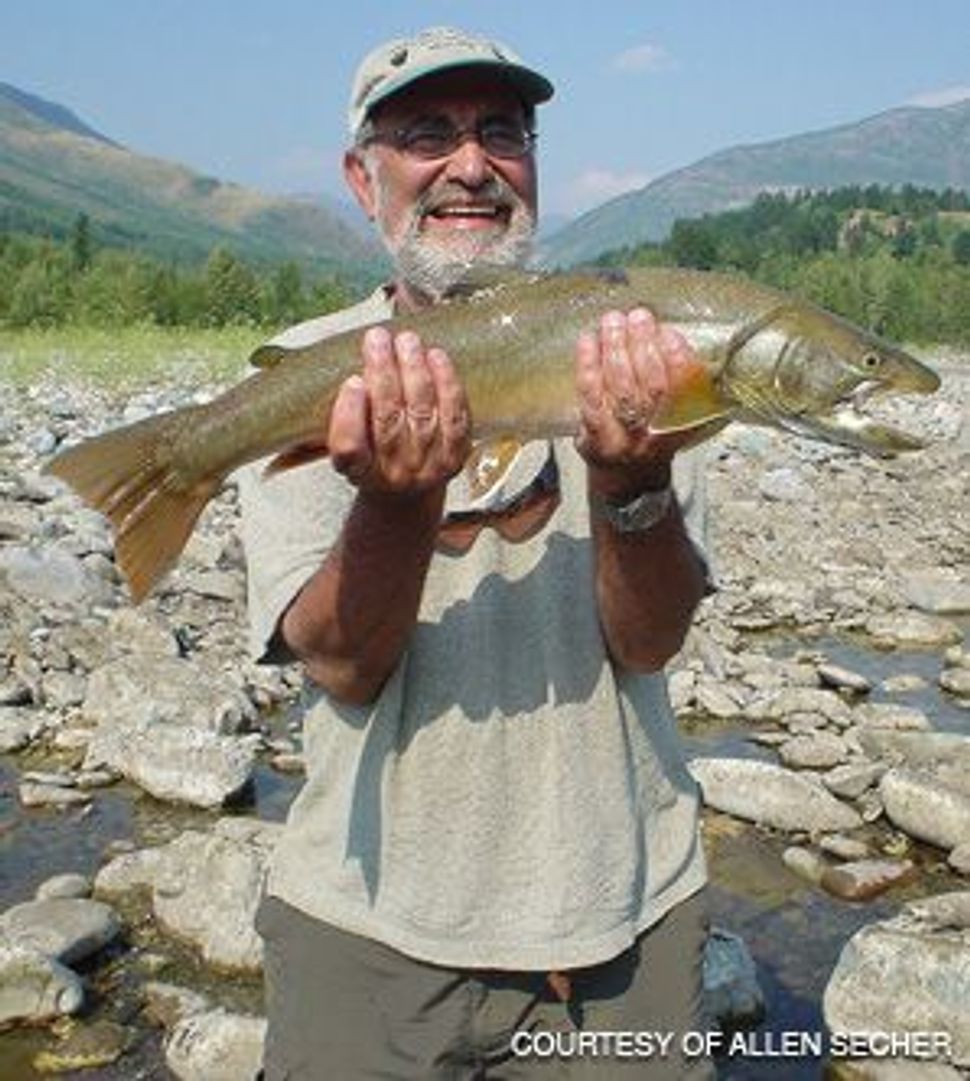 Bozeman, Mont. – As Allen Secher, the 73-year-old rabbi of Montana’s Jewish community, sat in a coffee shop here recently, a woman approached his table with a question. 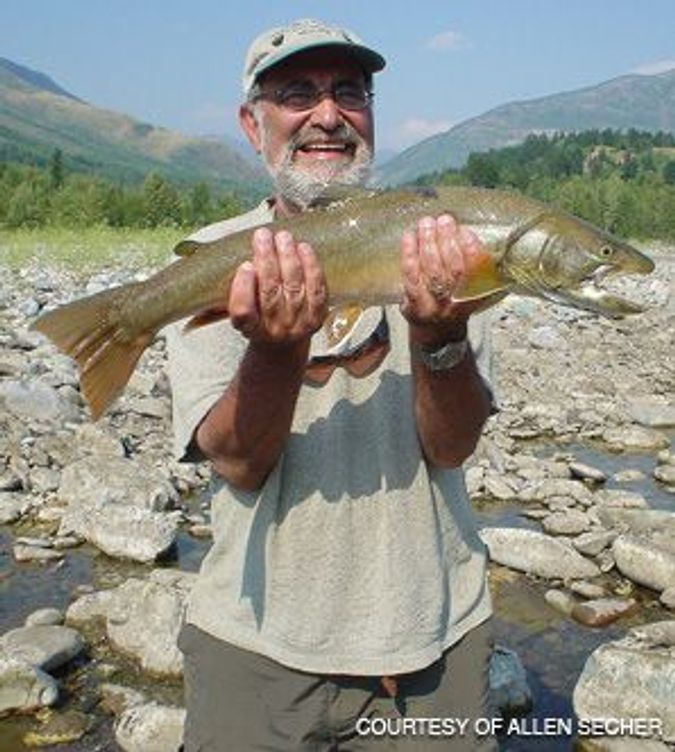 “Are you the rabbi?” she asked.

This wasn’t the first such encounter for Secher, who is known throughout this state of roughly 900,000 people as “the” rabbi, because there is no other rabbi — or at least there hadn’t been until a year ago, when Chabad-Lubavitch established roots here. Before that, though, Secher spent four years traveling the nearly 800 miles between Whitefish and Bozeman to serve as rabbi of Bozeman’s Temple Beth Shalom congregation.

Not too long ago, Secher announced that he plans to retire at the end of this month — a decision that challenges this small community to take stock of its recent growth and poses questions about its future. The first Seder anyone in Bozeman can remember was held in 1982 and included two couples, according to 85-year-old Stanley Rosenberg, who still lives in Bozeman. Over the next two decades, as Jews from all over the world sought out Big Sky Country, as Montana is known, the two couples turned into a congregation. In 2001, that congregation built Temple Beth Shalom. The synagogue, which has 100 members, is affiliated with the Reform movement, though it has some members who define themselves as Orthodox and some as Conservative.

In this respect, the congregation is typical of a small town with only one synagogue. But Bozeman’s Jewish community is facing a unique challenge: how to make the one synagogue work for a congregation with members as diverse in their Jewish practices as they are in their places of origin — Los Angeles, San Francisco, Philadelphia, Buenos Aires, Poland, Vancouver, Puerto Rico and Australia.

Most members of Montana’s Jewish community moved here for reasons similar to those of the state’s non-Jewish arrivals: for the physical beauty, the quality of life and the great outdoors. Though Montana remains one of the least-populated states (second only to Wyoming), it boasts two top-notch universities and a number of exclusive resorts.

Today there are about 1,000 self-identifying Jews in the state and, according to Secher, probably as many who remain unidentified. Bozeman, which has experienced the greatest influx of outsiders in the past 10 years, has seen a 25% growth in its Jewish community, according to Secher.

But these Jews are not exactly pioneers. Montana, also known as the Last Best Place on Earth, has had a surprisingly long Jewish presence, one that began even before statehood was declared in 1889. During the 19th century, there were an estimated 2,500 Jews in the state, with Butte containing the largest concentration. After the famous Lewis and Clark Expedition (1804-06), the West opened to fur trading, trapping and, later, mining. Jewish pioneers arrived, along with so many others, seeking new lives and opportunities in the frontier West, often doing work that was atypical for Jews, from cattle ranching to fur trapping. They also worked in their historical capacities as peddlers or owners of mercantile and dry goods stores.

Butte, which became known as the “richest hill on earth” because of its copper mining, remains home to one of the oldest synagogues west of the Mississippi. The city’s Jewish community was organized in 1881 with the formation of the Hebrew Benevolent Society. In 1897, Congregation B’nai Israel became Montana’s first synagogue, formally dedicated in 1903. But the European Jewish immigrant community of Butte was so diverse that, by 1902, along with the Reform-identified B’nai Israel — which remains active today — the city also had a pair of more traditional congregations. Butte, which elected two Jewish mayors during the mid-1800s, can also claim two of the most famous madams of the West, known as Jewish Jess and Ida Levy. At the turn of the 20th century, Jews were drawn to the homestead by the opportunity to finally own land; Jewish cowboys in Helena and Monarch even had their own cattle brands.

According to residents, being Jewish in Montana holds a unique set of challenges. Franke Wilmer, a state representative who works in Helena and is a member of the Bozeman congregation, says that some Republicans on the state House floor wear pins that have both crosses and the American flag; that many times the opening of the Senate invocation includes the mention of Jesus, and that one bill proposed in the legislature contained such phrases as “God-given rights” instead of “inalienable rights.” But the sometimes thin line separating religion and politics isn’t the only aspect of life in Montana that can make things a little bit uncomfortable for the state’s tiny Jewish minority.

“There is real antisemitism in some parts of Montana,” said Wilmer, one of a small group of people in Bozeman who mobilized to form a community Human Rights Task Force to combat intolerance in Gallatin Valley. “White supremacist and neo-Nazi groups have been active here, as well as the Freemen and Christian Identity movements.”

But these threats have not gone unanswered. Jews and their fellow citizens have rallied twice in response to neo-Nazi activity. In 1993, about 10,000 residents of Billings placed menorah images in their windows in solidarity with their Jewish neighbors, and in protest of a spate of antisemitic acts. And, though minority-status certainly poses challenges for Montana’s Jews, some say it also has strengthened the identity of Jews who have come from other states. Stanley Rosenberg, for one, says he considers himself more Jewish now than he ever was as a child raised in Philadelphia.

“I became more interested in my Jewishness and why I was Jewish here in Montana because I was so isolated,” he said.

Still, no one disputes the difficulty of maintaining Jewishness in a community that is both so small and so internally diverse. Synagogue officials say that almost 50% of Temple Beth Shalom members are intermarried. Although considered by some to be a threat to American Jewish life, a number of people in Bozeman argue that intermarriage has saved the community.

Indeed, this is the inspiration behind Chabad’s presence in the state. Rabbi Chaim Bruk, who visited Montana as a yeshiva student in the summers of 2004 and 2005, spoke with Jews from Miles City to Eureka, and found that “Montanan Jewry is interested and eager to learn Torah.” He moved here in 2006 with his wife, and the following year he established formal roots in Bozeman.

“While most of the Jews attending Chabad’s events are intermarried and secular, they are interested in studying traditional Yiddishkeit,” he said, “because their souls are yearning for authenticity.”

“I am inspired by your efforts to show Montanans the Jewish religion and what it means to be a Jew in our state,” Baucus said at the event, “because I think you will find, and you are finding, Montanans are very receptive.”