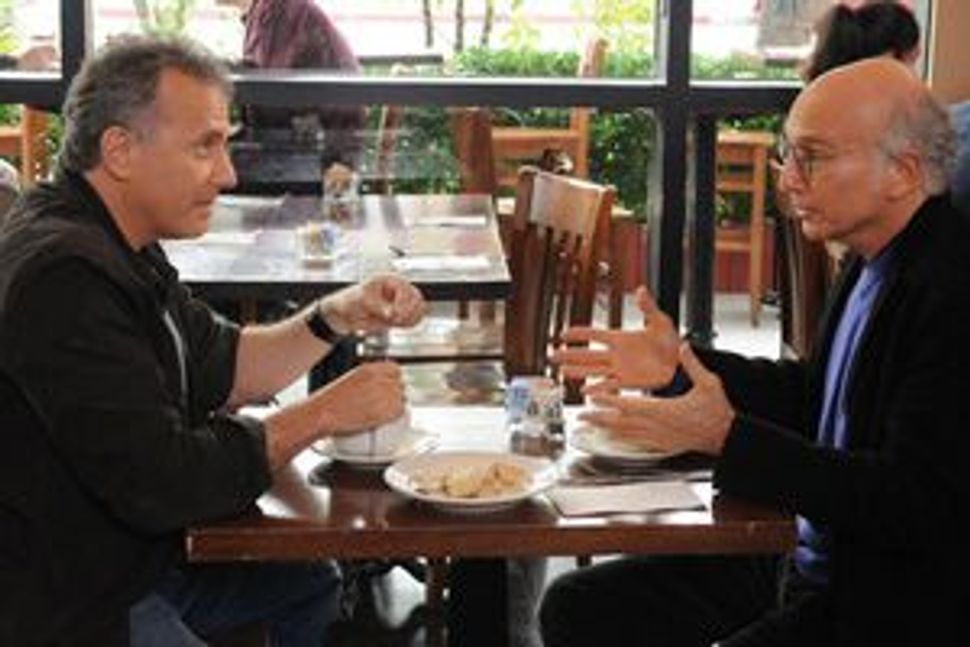 Paul Reiser began our conversation by asking about the family. “I might as well lead with the Jewish,” he said. “We’re talking on the phone. Why be Presbyterian?”

Family is important to Reiser, and it is a recurring theme of any conversation with him. During this interview, he told me a story about how he recently took his elder son, Ezra Samuel, 15, to see Stuyvesant Town, the Manhattan apartment complex where Reiser grew up. It was one of the first large-scale developments offering thousands of apartments to middle-class New Yorkers. 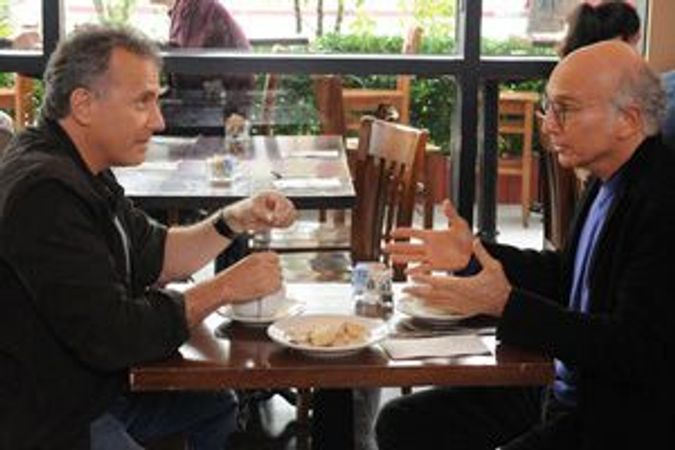 “My son was really impressed,” Reiser said. “He thought it was all mine. Clearly he’d been in Beverly Hills for too long.”

Reiser, of course, created and starred in “Mad About You,” the hit comedy series that ran from 1992 to 1999. On April 14 he made his way back to TV as the star, creator and writer of the appropriately titled “The Paul Reiser Show,” and once again he has his family to thank — in particular his younger son, Leon.’

“I was not going to do another television show,” Reiser said, “but my 10-year-old, who was born after ‘Mad About You’ was off the air, came to me and asked: ‘What is it you do? Why are you here all the time?’”

The question hit a nerve.

“At the same time, I got this invite [from Warner Bros.] about coming back to television. I’m not clever enough to make something up, so I decided to write about a guy who’d once been on the air” and has become a househusband and a full-time dad.

It was a natural progression in a career that thoroughly mines reality for material. Not surprising, the television version of Reiser is similar — almost a photocopy, in fact — to the real one. As in real life, TV Reiser is married to a psychologist, has two children and, yes, is Jewish, though the latter is not central to the plot.

In one of the early episodes, Reiser’s agent attempts to entice him to take a role. “Let me guess,” TV Reiser says. “Is he [the character] a Jew?”

“I really enjoyed writing that,” Reiser told the Forward.

Although Reiser’s parents sent him to the East Side Hebrew Institute while he was growing up, he says they “were not religious, they were culturally Jewish.” Apologizing for chewing, he said, that, after all, “this wouldn’t be a Jewish interview if I wasn’t eating.”

He talked fondly of a childhood filled with humor — “It was sort of a presumptive skill in my family that people were generally funny,” he explained — and with music.

In fact, Reiser, an accomplished pianist, majored in music at Binghamton University. “I knew I wasn’t Horowitz.… Nor did I particularly want to be,” he said.

Instead, Reiser started working the comedy club circuit around 1979, and two years later he was cast in the movie “Diner.” Roles in “Beverly Hills Cop,” “Aliens” and other films followed, as did the hit TV series “My Two Dads” and then “Mad About You.”

Though he continues to dabble in music — he wrote the theme song for “Mad About You” and in 2010 collaborated on an album, “Unusual Subjects,” with singer-songwriter Julia Fordham — it was other sounds he heard around the house growing up that captured his imagination.

“When we weren’t listening to Isaac Stern, we listened to Allan Sherman and Vaughn Meader,” Reiser said. “One of my greatest moments with my kids is sitting down and listening to ‘Hello Muddah, Hello Fadduh.’

“It’s still funny and it still works. If I say, ‘Oh boy,” they’ll say, ‘Igor Stravinsky’ [from a Sherman parody]. Nothing as a father makes me prouder than that.”

Reiser has fulfilled one of his objectives with the new series: “I just wanted to have fun and surround myself with friends.” “Mad About You” co-star Helen Hunt directed one episode, as did Daniel Stern, a fellow alumnus of “Diner.” Larry David has done a guest appearance.

Series regular Duane Martin “was actually on the Knicks for a season or two and was the all-time leading scorer at New York University. When you get 2,000 points, they stop the game and they give you the ball with the name of the opponent on it. For him, the game happened to be against Yeshiva. It just seemed to make it a little less of an accomplishment.”

For the record, Reiser’s family life has been the basis of not only his television show, but his literary career, as well. He’s written two well-received books — “Couplehood,” about marriage, and “Babyhood,” about having children — and will follow those in May with “Familyhood,” about, do we really need to say?

Curt Schleier is the editor of filmsoundoff.com and teaches business writing to corporate executives.