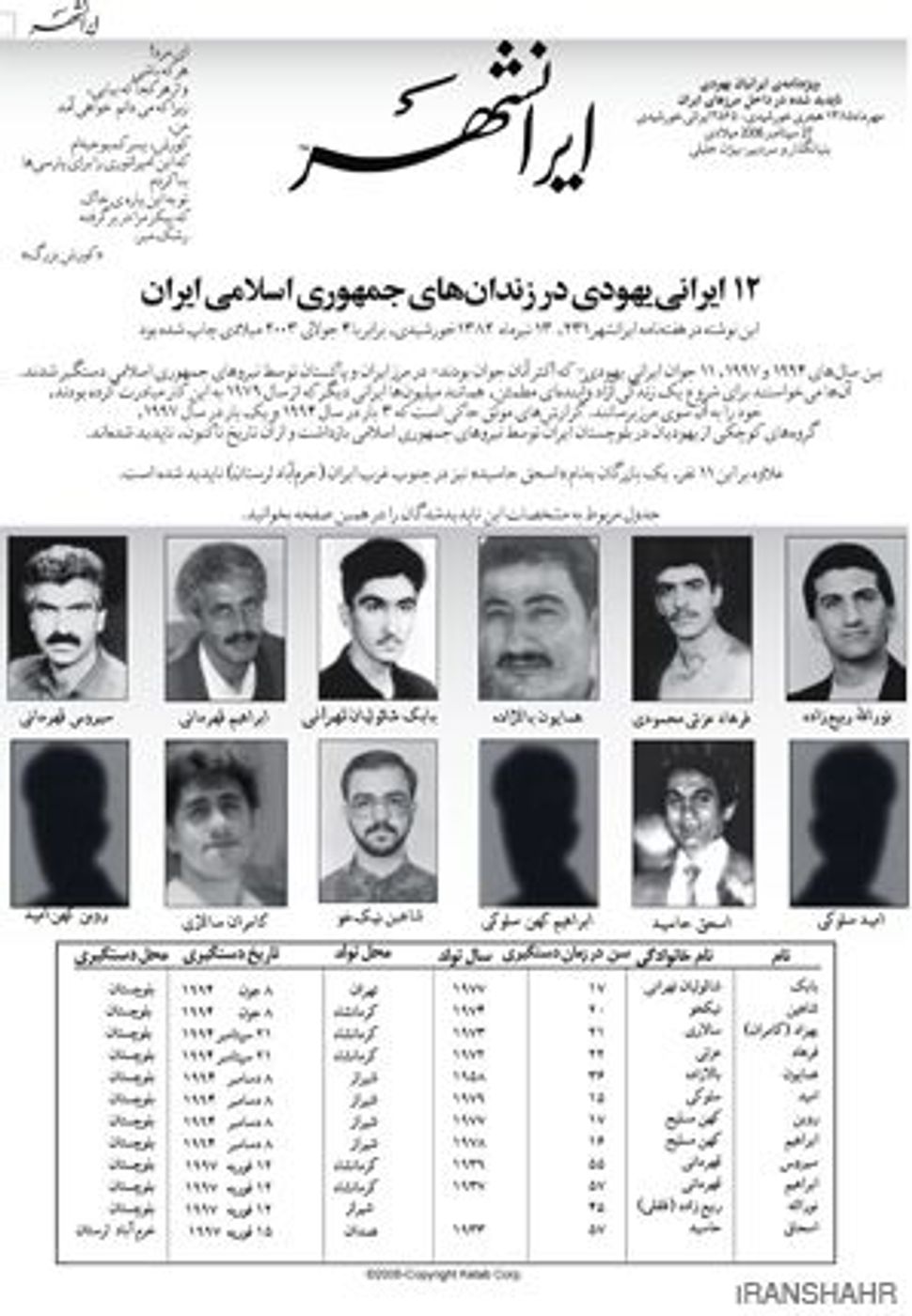 NO DEAL: The relatives of 12 missing Iranian Jews are criticizing the Israeli government for the recent prisoner swap.

Los Angeles — In the wake of Israel’s prisoner swap deal with Hezbollah, the families of Iranian Jews who have disappeared are crying foul. 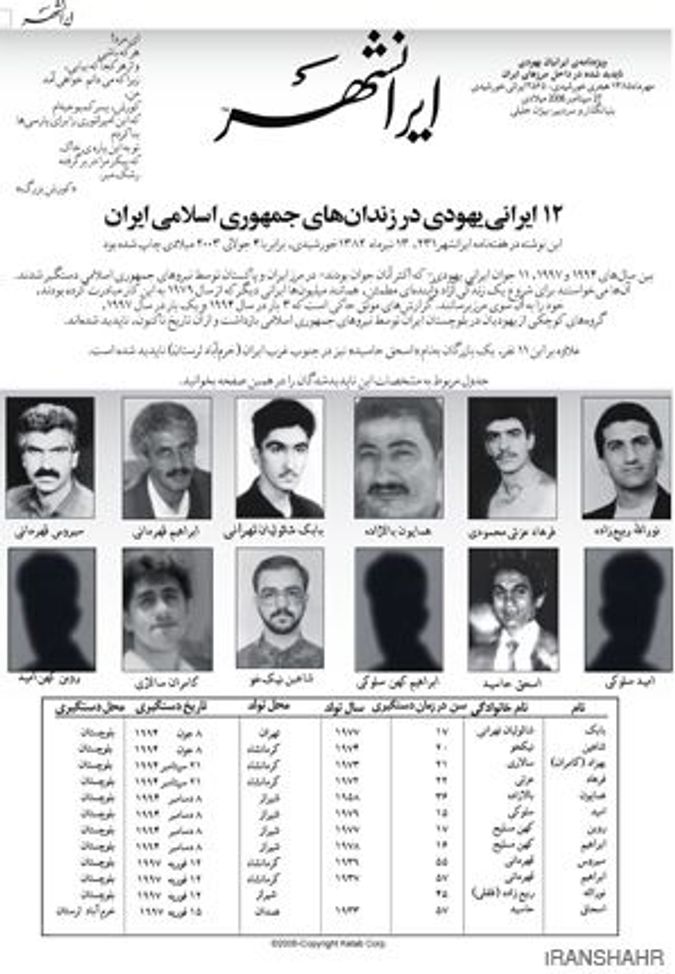 NO DEAL: The relatives of 12 missing Iranian Jews are criticizing the Israeli government for the recent prisoner swap.

The day after Israel announced its agreement to exchange five Lebanese prisoners for the bodies of the soldiers Ehud Goldwasser and Eldad Regev, six Iranian Jewish families based in Israel, and one based in Los Angeles, petitioned the High Court of Israel to block the controversial deal. The families, whose relatives disappeared in the 1990s while trying to emigrate from Iran and go to Israel, are insisting that any deal include information on the whereabouts of the 12 men who went missing.

The Iranian Jews’ petition underscores the growing chorus of opposition to the Israeli government’s decision. Critics of the deal — in which body parts of the kidnapped Israeli soldiers will be traded for prisoners, including Lebanese terrorist Samir Kuntar and the bodies of fallen Hezbollah soldiers — contend that Israel is getting far too little from the exchange, thereby damaging its credibility. The Iranian Jewish families are echoing a similar concern: As part of the swap deal, Israel reportedly agreed to provide information to Iran on four Iranian diplomats who were kidnapped in Lebanon in 1982. But representatives of the seven families say that the Israeli government failed them by not requiring Iran to give information on the 12 who disappeared in return.

The Iranian Jews, ranging in age from 15 to 60, disappeared in 1994 and 1997 while traversing a dangerous escape route — assumedly through Pakistan — with the aid of smugglers. Their relatives made it to Israel, and the Tehranis, one of the families, now live in Los Angeles. Babak Tehrani was 16 years old when he disappeared. The only report of his whereabouts came in 2002, when a neighbor of the Tehranis reported to Babak’s parents that he had seen their son in an Iranian jail in the 1990s.

The court rejected the families’ petition, saying they would not interfere with government decision making, but the families are now pushing for a private meeting with Prime Minister Ehud Olmert. Their demand is based on a 2004 letter from the military secretary of the prime minister’s office, outlining that the Israeli government would commit everything it could to gathering information on the fate of the missing Iranian Jews.