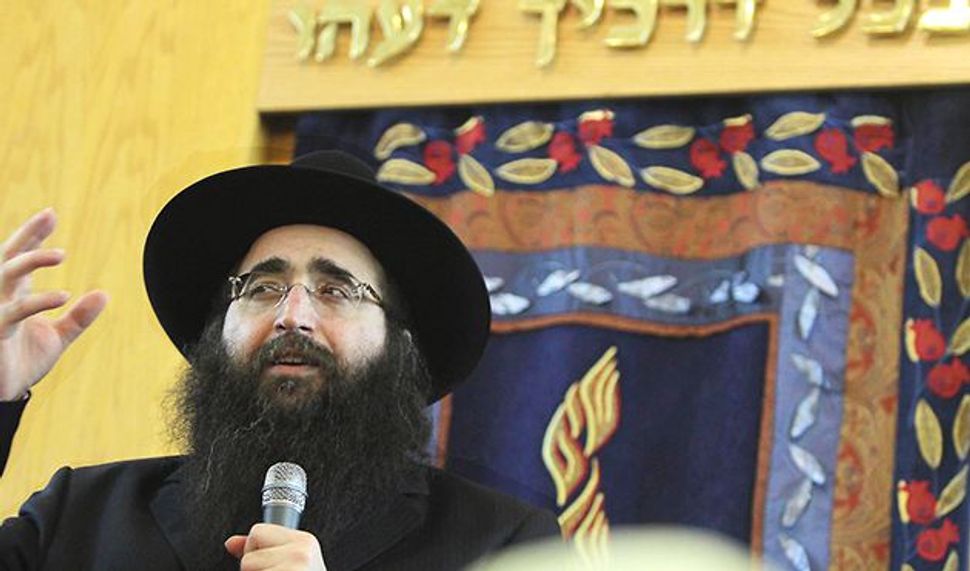 The father-in-law of Rabbi Yoshiyahu Yosef Pinto has accused the prominent Sephardic kabbalist of money laundering, according to a report in the Israeli newspaper Haaretz.

In documents filed in a Jerusalem court, Shlomo Ben Hamo, Argentina’s chief rabbi, alleged that his daughter and her husband, Pinto, had pressured him into serving as guarantor on the purchase of a luxury Jerusalem apartment — a purchase that Ben Hamo now believes was part of a scheme to launder Pinto’s money.

The allegations raise further questions about Pinto, an adviser to Israeli political and business figures. A March investigation by the Forward showed that the rabbi’s Manhattan-based organization, Mosdot Shuva Israel, faced financial problems and that a close aide had ties to the pornography business.

A Pinto spokeswoman denied Ben Hamo’s charges. “The allegations in the original article are based solely on one man’s statement without any additional reporting or fact-checking,” wrote the external spokeswoman, Judith R. King, in a statement. “Needless to say, the article — like the deposition it was copied from — is completely untrue. We have grown all too used to the vengeful antics of a small, but malicious, cabal aimed at undermining a truly sacred man.”

Pinto, a great-grandson of the Moroccan mystic known as the Baba Sali and son of the chief rabbi of Ashdod, has gained increasing prominence in recent years. The rabbi has met with members of the Israeli Cabinet, high officials in the Israel Defense Forces and opposition leader Tzipi Livni, among other Israeli leaders.

According to the Haaretz report, the developers of a luxury apartment complex in Jerusalem sued Ben Hamo over a failure to pay for an apartment for which he was a guarantor. In his deposition, Ben Hamo alleged that his involvement in the purchase was part of a scheme to launder Pinto’s money.

According to Haaretz, Ben Hamo opened a bank account in Argentina his name for Pinto and his daughter. It’s not clear from the Haaretz report when this occurred, or how it relates to the purchase of the luxury apartment. But Ben Hamo, the report states, alleges that he was pressured by his daughter and Pinto to serve as guarantor in the purchase of the luxury Jerusalem apartment.

“From this point onward,” Ben Hamo alleged, according to Haaretz, “a sequence of events ensued, and at its end my relations with my daughter and son-in-law ran aground; I was the target of insults and threats. In retrospect, it became clear to me that all this happened so that I could be exploited and Rabbi Pinto’s money could be laundered.”