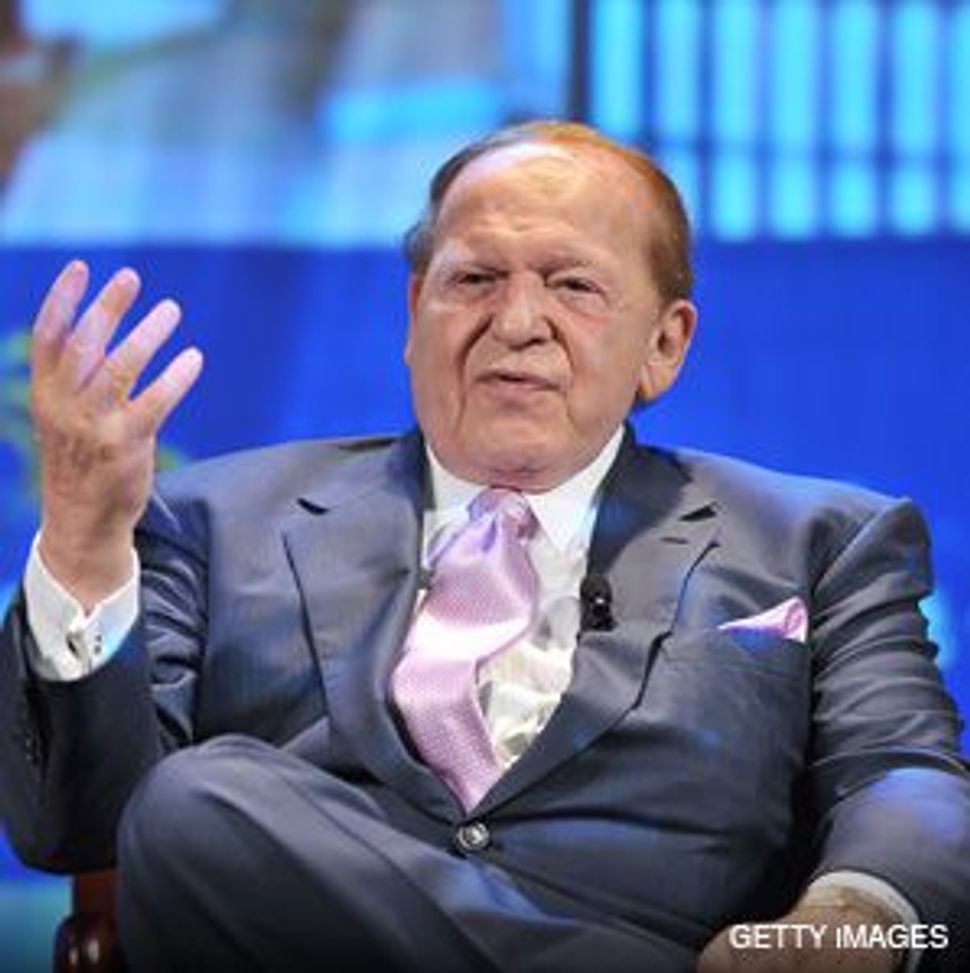 PULLING BACK: Billionaire Sheldon Adelson, above, pledged $30 million to Birthright Israel over the next two years.

The man commonly known as the world’s richest Jew is scaling back his contributions to one of the most prominent Jewish charities. 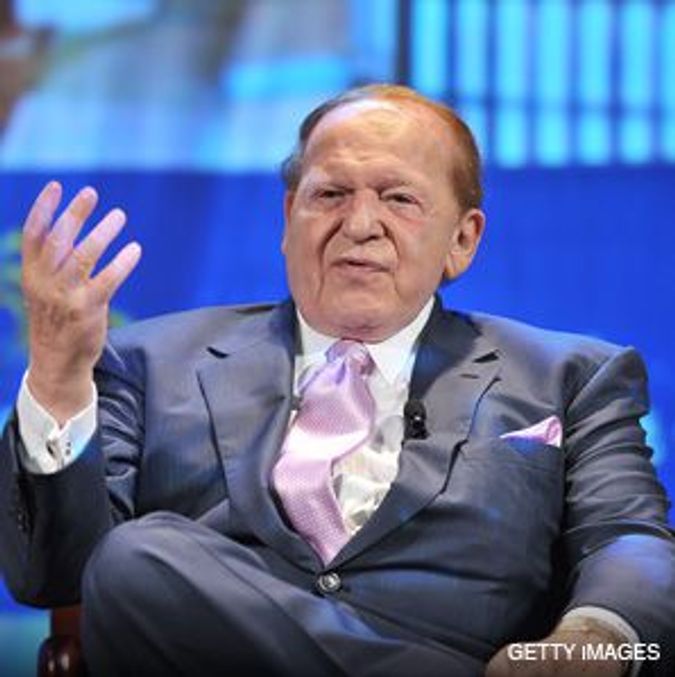 PULLING BACK: Billionaire Sheldon Adelson, above, pledged $30 million to Birthright Israel over the next two years.

On September 9, billionaire casino mogul Sheldon Adelson announced that he was reducing his donations to Birthright Israel in 2009 and 2010, respectively, to $20 million and $10 million, after giving $70 million over the previous two years. Unless Birthright is able to make up the difference in gifts from other sources, the reduction could mean that thousands fewer young Jews will be able to make the free trips to Israel that Birthright provides.

In a press release, Adelson Family Foundation President Michael Bohnen said that the donation was structured “to provide an opportunity and a challenge to other philanthropists, foundations and federations to play a more significant role in supporting Birthright Israel.”

The decision to scale back represents a significant reversal for Adelson, one of the richest men in the world. According to previous news reports, Adelson had pledged to give $30 million a year to Birthright indefinitely. His own personal wealth has dropped significantly over the past year, although it is not clear if that had any impact on his decision about the gifts to Birthright.

With $26 billion, Adelson, who made the bulk of his fortune building gambling resorts in Las Vegas and in Macao, was noted in the most recent Forbes listing as the 12th-wealthiest man in the world. According to that list, he is the world’s wealthiest Jew.

Adelson has emerged over the past few years as a major philanthropic and political force, supporting both Jewish charities and right-wing causes in the United States and in Israel. In 2006, there were reports that the Adelson Family Foundation would be donating $200 million a year to Jewish causes. Adelson has made public a number of multimillion-dollar gifts since then — most prominent among them a series of donations totaling $67 million over two years for Birthright, beginning in late 2006 — but these gifts have not approached $200 million.

The past year has not been kind to Adelson’s finances: Las Vegas Sands stock, which constitutes the bulk of Adelson’s fortune, has plummeted more than 70% as the slowing economy has hurt the bottom lines of the casino industry. According to the financial information service Bloomberg, at the end of 2007 Adelson owned 227 million shares of stock, which were worth roughly $8 billion at press time. A year ago, those shares would have been worth more than $28 billion.

Since 2006, Adelson has donated a total $67 million to Birthright and has become the dominant supporter of its trips. The $35 million he gave in 2008 represents roughly a third of Birthright’s $110 million budget and nearly half the $80 million that the organization raised in private donations. The size of Adelson’s gifts allowed Birthright to substantially expand the number of trips taken by young Jews to Israel to an expected 44,000 this year, up from 23,000 in 2006.

The decision to cut back on the gifts to Birthright is an apparent reversal in Adelson’s plans. In August 2007, The Jerusalem Post reported that Adelson had said he and his wife would give at least $30 million a year for as long as needed.

Adelson’s reduction in his gift will have a direct impact on the 18-to-26-year-old Jews who are Birthright’s target audience. Trips cost roughly $3,000 per participant, meaning that unless the organization raises other funds, it will lose the ability to fund more than 3,300 trips in 2009, and nearly 6,700 trips in 2010.

Still, observers of the philanthropic world said that Adelson’s decision to reduce his pledges was a wise move in the long run.

“No organization should be reliant on a single donor, and I think Adelson is completely tactically and philanthropically doing the right thing by not making Birthright dependent on him,” said Gary Tobin, president of the Institute for Jewish & Community Research, which studies Jewish philanthropy.

Those experts warned, however, that the current financial turmoil could lead other donors to reduce their charitable contributions.

Jay Golan, the president and CEO of the Birthright Foundation, Birthright Israel’s fundraising arm, praised Adelson’s generosity and said that the organization was working both to encourage current donors to continue to give and to find new sources of contributions.

“There are tremendous financial challenges that we and every other Jewish organization are facing,” Golan told the Forward. “The more money we have, the more lives we can change.”