In Virginia, Jews Could Play Role at Polls 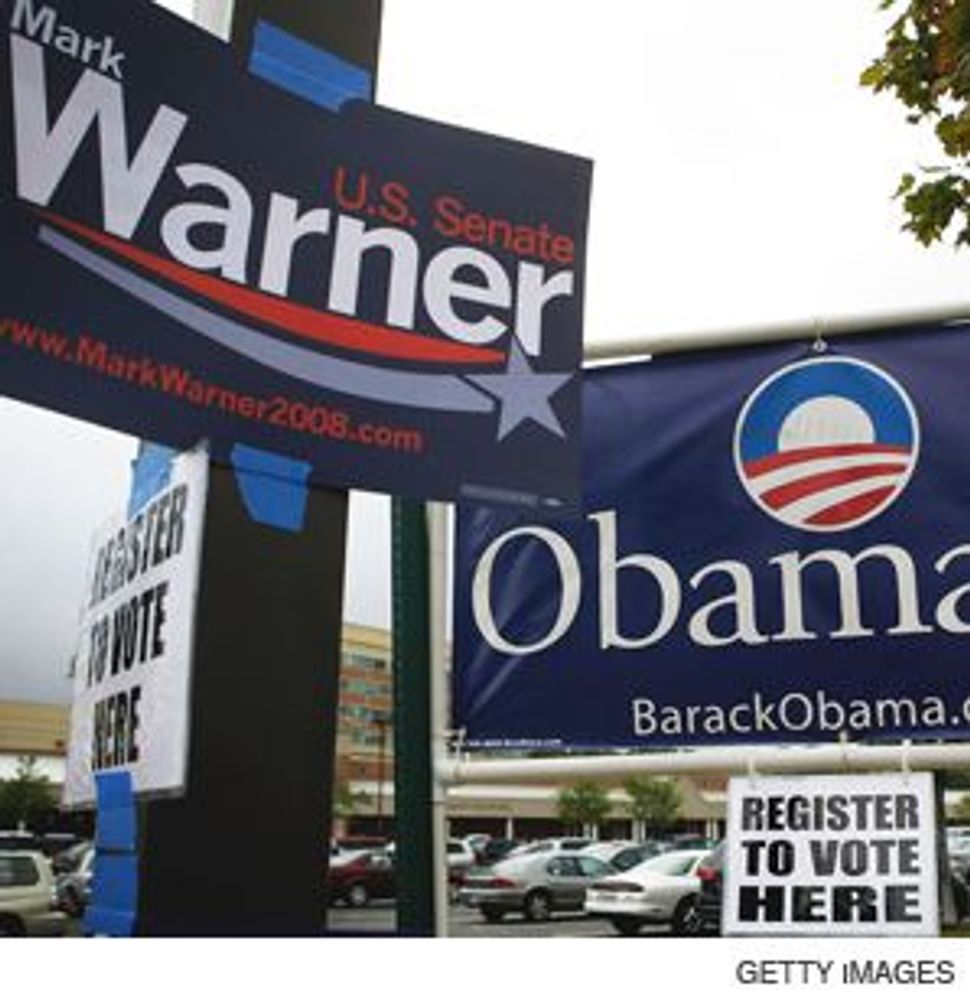 NEW DOMINION: Polls in Virginia could be shaped by the growth of communities in the state?s north, where the Jewish community is booming.

Fairfax, Va. — For Jews who live just outside the nation’s capital in Northern Virginia, the nearest supervised kosher butcher is across the border in Maryland. They must head to communities such as Rockville, Silver Spring and Potomac, or into Washington, for a good kosher restaurant meal. 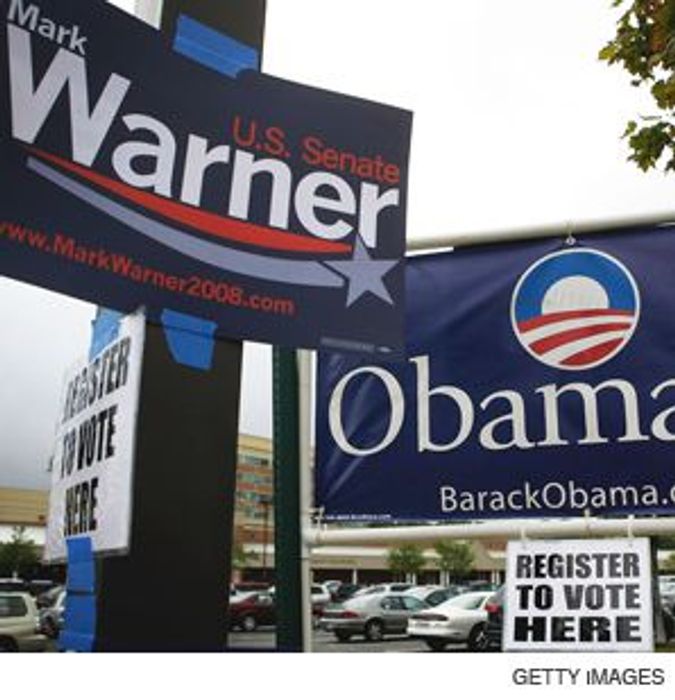 NEW DOMINION: Polls in Virginia could be shaped by the growth of communities in the state?s north, where the Jewish community is booming.

With a population estimated at only 100,000, Virginia’s Jewish community has never been seen as much of a factor in national politics, certainly not in the same category as such states as Pennsylvania, New York and Florida, which have considerably larger Jewish populations. It can’t even compete with nearby Maryland.

“I only wish there were enough Jewish voters to make a difference in Virginia,” said Matt Dorf, the Democratic National Committee’s Jewish liaison and a Virginia resident.

Yet for the first time that anybody can remember, there’s a chance that Jewish voters could play a role in the contest here — even if it’s not a deciding one.

Virginia has long been considered a red state. Republicans have won every election since 1964, and President Bush handily won the state by 8% in 2004 and 2000. But Democrats, buoyed by recent successes, are increasingly optimistic about their chances. Two consecutive Democrats have been elected governor: Jim Webb won the U.S. Senate in 2006, and former Democratic governor Mark Warner is widely expected next month to win the other seat, which is currently held by retiring Republican Senator John Warner (no relation). Illinois Senator Barack Obama’s campaign has opened dozens of field offices – even in conservative areas, where Democrats have not been competitive in the recent past.

Republicans are hardly ceding the state. One of John McCain and Sarah Palin’s largest rallies to date was last month, in Fairfax city. And the GOP ticket may pick up its own share of Jews, especially in the Navy-saturated southeastern part of the state.

And even though the percentage of Jews in Virginia is close to the percentage in Ohio, the stakes are different, because Virginia’s Jews are not as concentrated geographically and therefore are harder to pinpoint and to measure.

When Rabbi Amy Schwartzman joined Temple Rodef Shalom in 1990, the Reform synagogue in Falls Church had 620 families. Now it is the state’s largest synagogue, with more than 1,400 families — and counts among its well-known congregants Dorf; the Republican Jewish Coalition’s executive director, Matt Brooks, and former Reagan White House chief of staff Kenneth Duberstein.

The growth hasn’t been limited to the inner suburbs. Three synagogues were founded in the outer suburbs around Loudoun County, one of the fastest-growing communities in the country, in the past five to eight years.

How much influence Virginia’s Jewish community will have on the presidential election’s outcome remains a great debate, and there also remains the question of how the community will influence it. Both major political parties are engaged in grass-roots efforts, such as knocking on doors and participating in events at Jewish community centers or at synagogues, but neither has made the kind of major coordinated effort as the campaigns have in, say, Florida.

“Its influence will probably be less this year than other years, because there’s been a great deal of party registration,” predicts Ronald Halber, director of the Jewish Community Relations Council of Greater Washington. Jews are often already registered to vote, and they vote more often than non-Jewish voters, so any potential influence will be diluted, he said.

Virginia’s Jewish vote is often hard to reach and to measure. It is less concentrated than in communities such as New York or, closer to Virginia, Maryland’s Montgomery County and Baltimore. Nationally, it’s not thought to be as important as the Jewish vote in Ohio, even though Virginia’s Jews comprise nearly as large a portion of the state population as Ohio’s — but since they are more demographically diverse, they are harder to pinpoint. “The Jewish community in Northern Virginia is not as monolithic or organized as it is in other parts of the country and has not been a traditional center of Jewish activism,” said Andrew Rosenberg, a Washington lobbyist who challenged U.S. Rep. Jim Moran in a 2006 Democratic primary.

Demographics in the Richmond area have also been shifting. Young families, often from New York or New Jersey, have moved to the region for jobs in the finance or legal sectors. They have brought more moderate political views to an area that remains conservative, especially outside the city limits.

“With greater urbanization and the influx from outside the area, the trends may be moving a little bit toward the center-left,” said Ellen Chernack, executive director of the Jewish Community Federation of Richmond, which estimates that there are about 13,000 Jews in the region.

Even so, the district consistently re-elects U.S. Rep. Eric Cantor, one of McCain’s leading Jewish Republican surrogates in the state and nationally. “Many support Eric even though his values don’t always blend with that new urbanization,” Chernack said, adding, “He’s been very good for the Jewish community and is strong on Israel.”

In Virginia, Jews Could Play Role at Polls