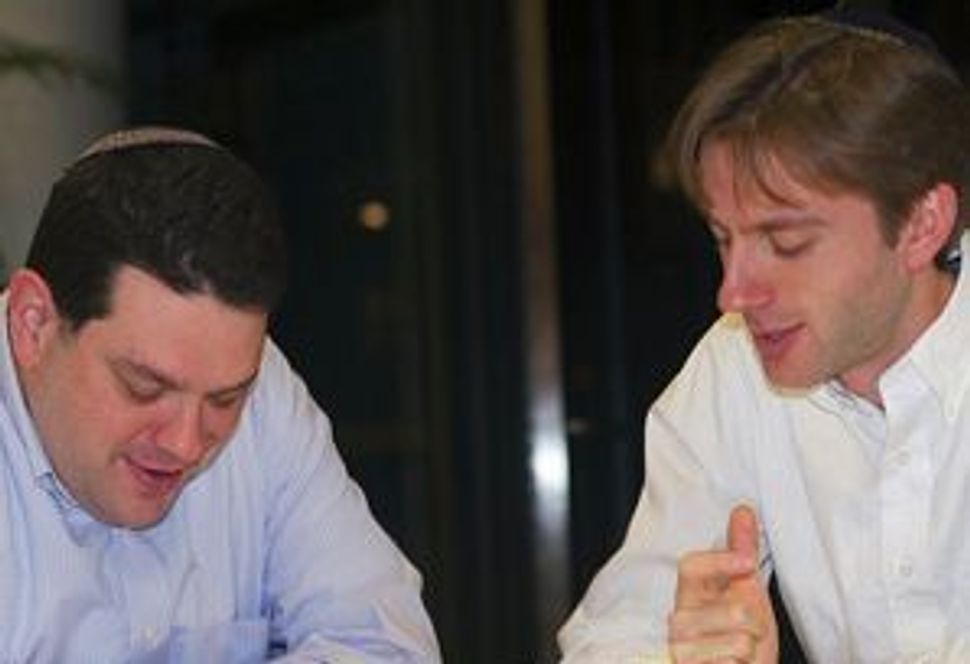 Los Angeles — Independent minyans — those scrappy, do-it-yourself Jewish communities that have sprung up from Boston to Seattle and many places in between — largely have been defined by a central characteristic: They exist in the margins of the mainstream Jewish world. 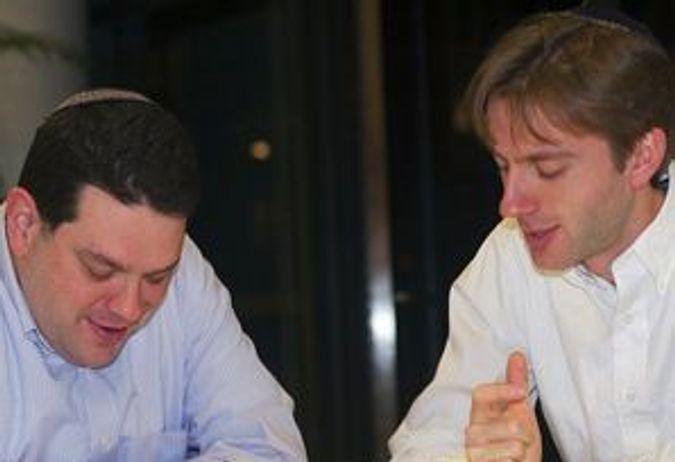 But that may be changing.

If the past year is any indication, independent minyans — part of a growing number of alternative spiritual collectives known as “emergent Jewish communities” — are the new darlings of the Jewish philanthropic establishment. Long-standing foundations, previously worlds apart from the alternative communities that have recently energized young Jews, are for the first time funneling significant dollars to leaders of independent minyans.

“Mainstream Judaism is now recognizing that there’s a genuine renaissance happening in do-it-yourself Judaism,” said Joshua Avedon, chief operating officer of the Los Angeles-based group Jumpstart, a not-for-profit that helps emergent organizations and communities. “Part of it is that they’re simply now seeing what the people who have been involved in these communities for the past five or 10 years have known all along.”

As alternative, grass-roots Jewish communities have proliferated over the past decade, sparking thousands of unaffiliated, 20- and 30-something Jews to join up, they mostly have operated on shoestring budgets. While they vary widely in size, mission and form — with some led by rabbis and others led by community members themselves — the common thread is an upending of the traditional synagogue model. And on the whole, they tend to be socially progressive. While they often hold services in rented spaces or in members’ homes, not all emergent Jewish communities are prayer-centered groups. And many have teetered on the brink of survival, even as their numbers have grown.

Over the past year, such large Jewish foundations as the Avi Chai Foundation, the Harold Grinspoon Foundation and L.A.’s Jewish Community Foundation have awarded significant sums of money to the leaders of some of the most prominent emergent Jewish communities. Part of the trend, observers note, is also toward granting awards to individuals rather than to projects.

Last month, Sharon Brous, a rabbi who co-founded IKAR — a four-year-old Jewish spiritual community that now counts more than 400 family units as members — was chosen by L.A.’s Jewish Community Foundation as the inaugural recipient of a $100,000 Inspired Leadership Award. The biennial award will allow Brous, 34, to distribute the funds to local Jewish programs — including those run by IKAR — that support her vision.

Brous, who oversees a $1.2 million operating budget for IKAR, said that she still struggles to keep her growing community afloat financially. The award, she said, is a positive sign for IKAR’s future. “For us, this is extremely significant, and we are hoping that it is not an anomaly and that others will do the same,” she said.

While Brous is the latest young Jewish leader to be singled out by a major foundation, a string of others have preceded her. In January, the Harold Grinspoon Foundation announced that 32-year-old Ethan Tucker — co-founder of Kehilat Hadar, an independent minyan on New York City’s Upper West Side — would be the inaugural recipient of the Grinspoon Jewish Social Entrepreneurship Fellowship, awarded by the Jewish Education Service of North America. That fellowship, modeled after the MacArthur Fellows program, grants the recipient $100,000 a year for two years. The recipient is given the funds so that he or she can devote their energies to the Jewish causes in which they are engaged.

Then, in May, another Hadar co-founder, 35-year-old Elie Kaunfer, received one of five Avi Chai Fellowships, a new program of the Avi Chai Foundation that grants $75,000 a year for three years to emerging Jewish leaders. That money will be invested in creating the first year-round egalitarian yeshiva in North America, known as Yeshivat Hadar. The new yeshiva is an initiative of Mechon Hadar, an institute co-founded in 2006 by Tucker, Kaunfer and Rabbi Shai Held that seeks to empower young Jews to build vibrant Jewish communities. Next month, Mechon Hadar will convene the second national Independent Minyan Conference, which so far has drawn more than 20 participating communities.

In yet another indication of foundations recognizing the power of independent minyans, Natan, a philanthropic collective of young Jewish funders, recently established a new funding category specifically for emergent Jewish communities in North America and Israel.

While the award recipients laud the new stream of dollars flowing their way, critics worry about the risk of doling out funds to young visionaries. In this newspaper’s July 11 issue, columnist Noam Neusner penned an opinion piece arguing that grants to gifted individuals can present a formidable risk.

“The risk here is that essentially it’s like sugar water. The risk is that you can take promising individuals with really terrific ideas and grant them access to fairly large sums of cash, which they may or may not succeed in deploying,” Neusner, a communications consultant, said in an interview. “But if you don’t give them a proper dose of discipline, you’re just not going to get results.”

Still, observers note, the amount of money earmarked for emergent communities and their newly recognized leaders pales in comparison to the hundreds of millions of dollars that are pumped into the more traditional recipients of mainstream Jewish funding — among them, day school education, Israel programs and federations.

As emergent Jewish communities have started to hit the mainstream radar, comparisons have been drawn between this crop of alternative Jewish communities and the havurah movement of the late 1960s and early ’70s. But the havurah movement — which emerged out of the counter-culture ethos of the 1960s and was more openly critical of the Jewish establishment — was met with disdain by the institutionalized Judaism that it was, in fact, rebelling against.