A Partnership Built on Musical Comedy and Brisket 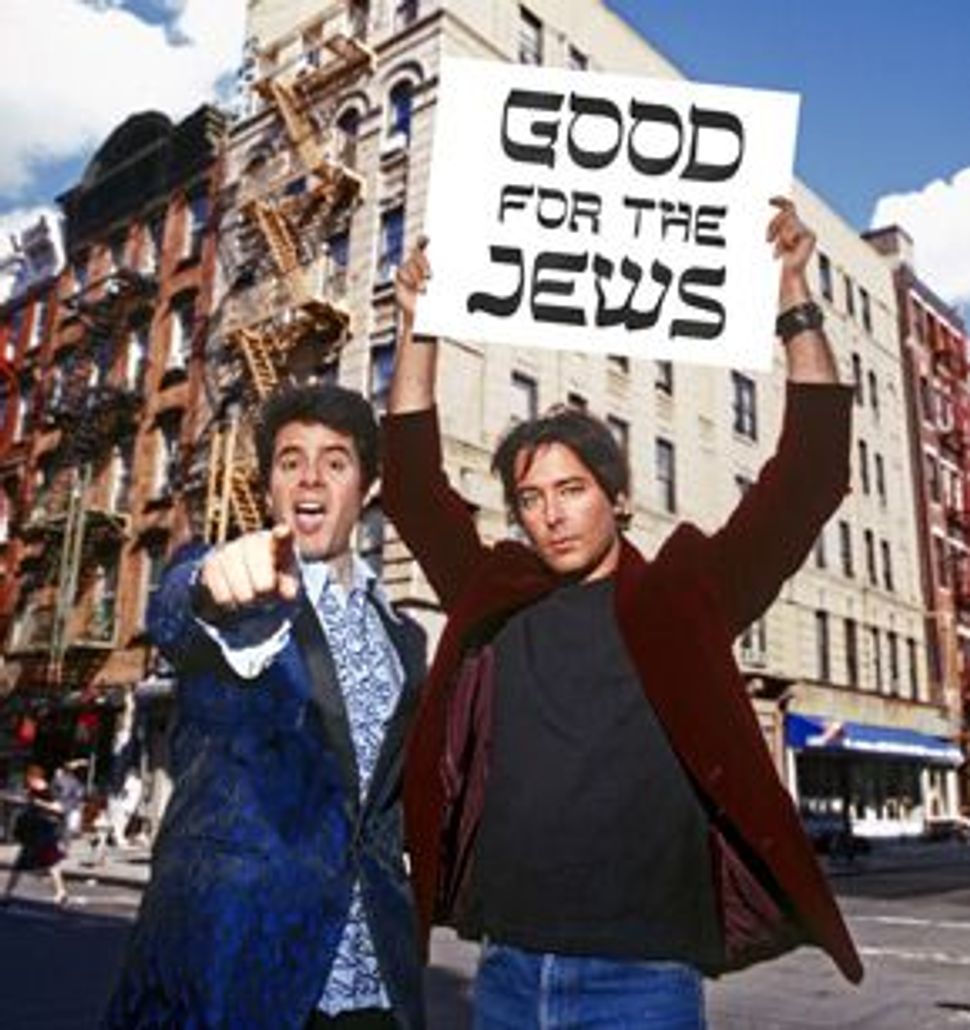 Chicago — As part of its holiday show “Putting the Ha! In Hanukkah,” the musical comedy duo Good for the Jews is making its annual cross-country schlep — lampooning on stage such Jewish institutions as the bar mitzvah and JDate. 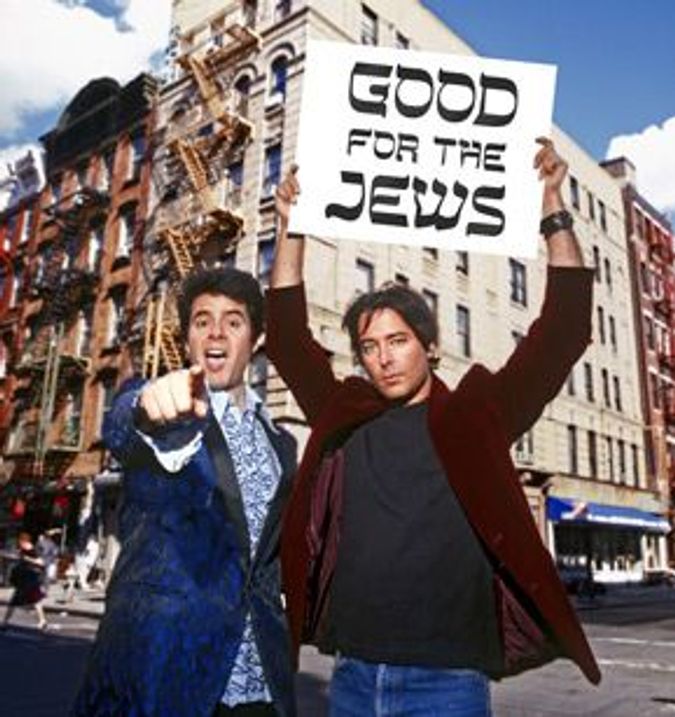 Good for the Jews teams up Rob Tannenbaum, the creator of the band “What I Like About Jew” and the VH1 Jewish pop culture special “So Jewtastic,” with guitarist David Fagin, the lead singer and guitarist of the indie pop band The Rosenbergs. Their Hanukkah tour includes stops in New York, Los Angeles, San Francisco, and Seattle; it concludes on December 27 — the seventh night of Hanukkah — at Schuba’s tavern in Chicago.

Among the duo’s hits are “They Tried To Kill Us (We Survived, Let’s Eat)” and the Yuletide-appropriate “(It’s Good To Be) a Jew on Christmas.” On the eve of the tour, Tannenbaum spoke with the Forward.

What inspired the song “(It’s Good To Be) a Jew on Christmas”?

There’s a sense of alienation at Christmas because you can’t miss Christmas. It’s not like Ramadan, which might pass you by and you don’t really know about it. On Christmas, you’re aware of the fact that you live not in a Judeo-Christian country, but in a Christian-Christian country. I also wanted Jews to have a holiday song of their own.

Why does the partnership work between you and David Fagin?

From the first time we met, we discovered that we had a lot in common in terms of our taste in music and the comedians that we think are funny … and food. When you’re on the road, you can’t discount the importance of liking to eat the same thing. We eat a lot of brisket. Towards the end of the show, he and I will look at one another and there is a look that passes that no one else recognizes and it means “Should we do a second encore or should we leave early before the barbecue place closes at 11 o’clock?”

What are the young Jews that come to your shows thirsting for?

There are a lot of people who might have been turned off by the religion — maybe by their experience in Hebrew school — who want to be cultural Jews and who don’t believe that the only way to be a Jew is to go to synagogue. What are some other things they can do to be Jewish? They can watch “The Daily Show,” they can go see a movie like “The Hebrew Hammer,” they can read a book like Shalom Auslander’s “Foreskin’s Lament.” … There also has to be life after Jackie Mason; there has to be something beyond “Take my wife, please.”

How did you celebrate Hanukkah as a kid?

We had dreidels — we just didn’t know how to play them. In fact, I remember sitting in our den and we would spin the dreidel and it would fall over and we would all just look at one another. We might end up playing Monopoly instead because at least we knew the rules.

For information on upcoming shows or to hear “(It’s Good To Be) a Jew on Christmas,” among other Good for the Jews originals, click here.

A Partnership Built on Musical Comedy and Brisket