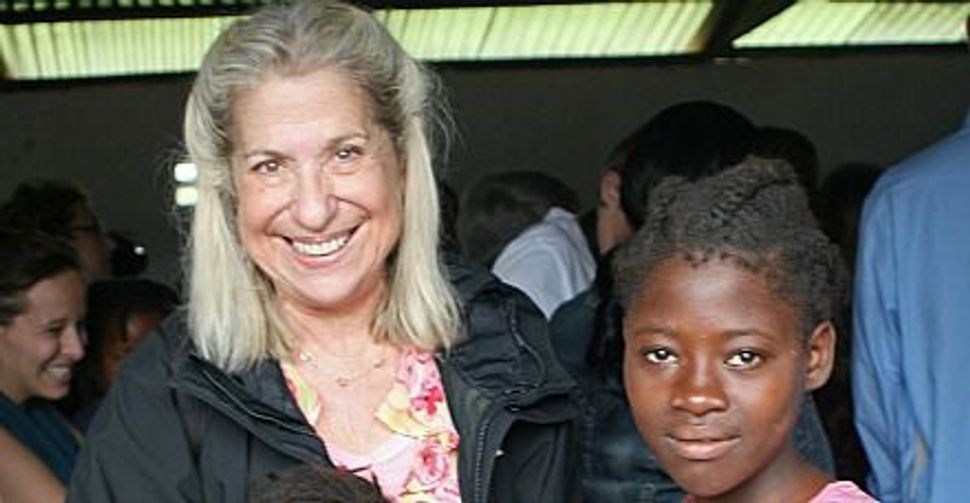 Image by courtesy of ajws

Perverse as it sounds, during the eight days I spent in Liberia on a study trip with American Jewish World Service a few weeks ago, I thought a lot about Israel. And not just because of the seismic role that Liberia played in Jewish history when, in May 1948, it cast the tie-breaking vote in the United Nations General Assembly that created the Jewish state. 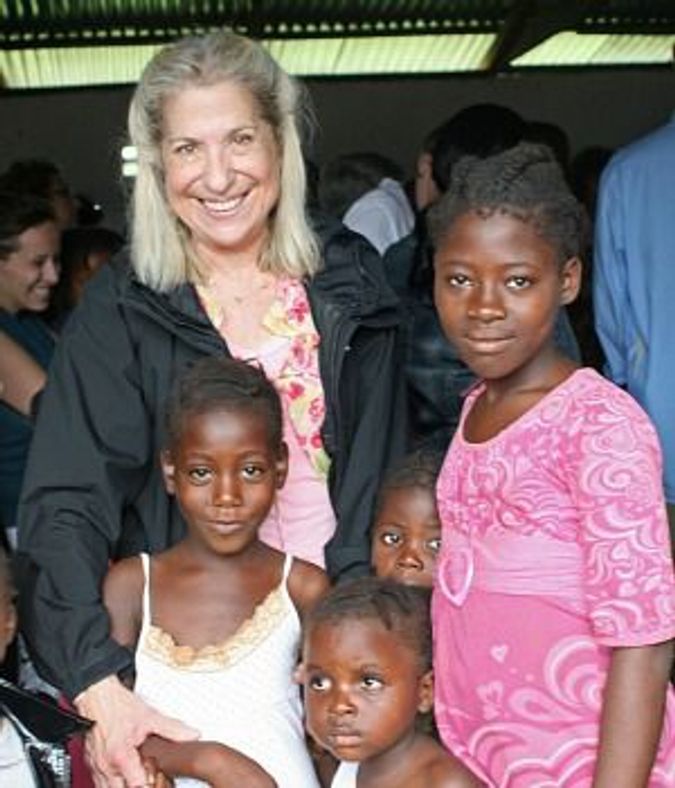 Image by courtesy of ajws

First of all, the founders of both countries shared the experience of bondage or fled discrimination and oppression. Israel’s long backstory is familiar — slavery in Egypt, exile, persecution, attempted annihilation — culminating in waves of Jewish immigration from all over the globe. Less well known is the fact that the Republic of Liberia was founded in 1847, also by formerly subjugated expatriates — freed black slaves who sailed to West Africa from the United States in search of self-determination and safety.

Neither land was empty of people when these pioneers arrived. The territory that became Liberia already had an indigenous African population, tribes whose rights and roles were denied or circumscribed by the former slaves who quickly imposed and consolidated their power. And in the place now called Israel but once known as Palestine, described by some Jews as “a land without a people for a people without a land,” it happens there were also indigenous people.

The founding documents of Liberia and Israel, though written 101 years apart, also have much in common. Each country’s Declaration of Independence recapitulates the sorrowful conditions endured by its people prior to the establishment of its sovereign state. Both texts explicitly mention the exit of their old rulers. Liberia’s, dated July 16, 1847, notes that “the American Colonization Society has virtually withdrawn from all direct and active part in the administration of the government.” The Israeli Declaration, signed on May 14, 1948, cites “the termination of the British Mandate over Eretz-Israel.”

Both nations likewise proclaim their commitment to American-style equality and democracy. Liberia’s Declaration, borrowing the language of Thomas Jefferson, recognizes “certain inalienable rights; among these are life, liberty, and the right to acquire, possess, enjoy, and defend property.”

Liberia’s constitution, modeled on America’s, denied suffrage to its indigenous people by requiring voters to own property, a clause that remained in effect until 1985. Today, Americo-Liberians, descendants of the freed slaves, make up less than 5% of the population but dominate the political and financial elites, having replicated the exclusionary power dynamics that their forbears purposefully left behind.

Israel’s Declaration of Independence, which improved upon the American template, proclaimed that the Jewish state “will be based on freedom, justice and peace as envisaged by the prophets of Israel; it will ensure complete equality of social and political rights to all its inhabitants irrespective of religion, race or sex; it will guarantee freedom of religion, conscience, language, education and culture.” Successive Israeli governments have not always fulfilled these noble principles.

As happened in Liberia, Israel’s founders privileged their own ethnic group — in this case, male Ashkenazi Jews, who have dominated the political scene ever since. While a number of women and individuals from various ethnic groups have risen to the top ranks of Israeli society, for the most part equal rights and benefits have not been fully enjoyed by female citizens, Sephardic and Ethiopian Jews, non-Jewish citizens, gay men and lesbians, Holocaust survivors and other minorities, nor have these groups shared proportionately in the country’s prosperity. And increasingly, the disparity between Israeli haves and have-nots has given rise to public discontent and inter-group resentment.

From 1989 to 2003, Liberia was virtually at the mercy of President Charles Taylor, the tyrant who squandered its natural resources (think “blood diamonds”) and presided over a 14-year civil war. Taylor famously had his minions kidnap children, addict them to drugs and transform them into rapists, snipers, and killers of their own parents. His government displaced, tortured and murdered hundreds of thousands, devastated the country, decimated the educational system and destroyed the infrastructure. Liberia’s current president, Ellen Johnson Sirleaf, who inherited this Taylor-made chaos, has been working hard to repair the wreckage, but the energy sector, schools, roads, clinics and major institutions remain crippled.

Of course, Prime Minister Benjamin Netanyahu is no Charles Taylor, and Israel is nowhere near as dysfunctional as Liberia. But recent developments in Israel should be alarming enough to disturb every American Jew. Lately, Israeli divisiveness and dissension seem to be the rule, whether fueled by Jewish denominational disputes, ethnic rancor, the settlement enterprise, the nonexistent “peace process,” economic disparity, gender issues or anti-immigrant fervor.

In terms of external threats, the two countries differ greatly in that some of Israel’s neighbors would prefer that the Jewish state be eradicated entirely. But it is the impact of Israel’s internal threats on its well-being that concerns me. As I listened to Liberians’ graphic descriptions of what happened to make them turn on their fellow citizens during those horrific 14 years, I worried about the escalation of Jew-versus-Jew rage. Liberians hail from 16 tribes; Israelis seemingly have 600 bones of contention. The idea of an Israeli civil war no longer seems far-fetched. Incivility has reached a fever pitch, and I can’t help wondering where it will end.

Letty Cottin Pogrebin is a writer and founding editor of Ms. magazine. Her new book, “How To Be A Friend to a Friend Who’s Sick,” will be published in 2013.