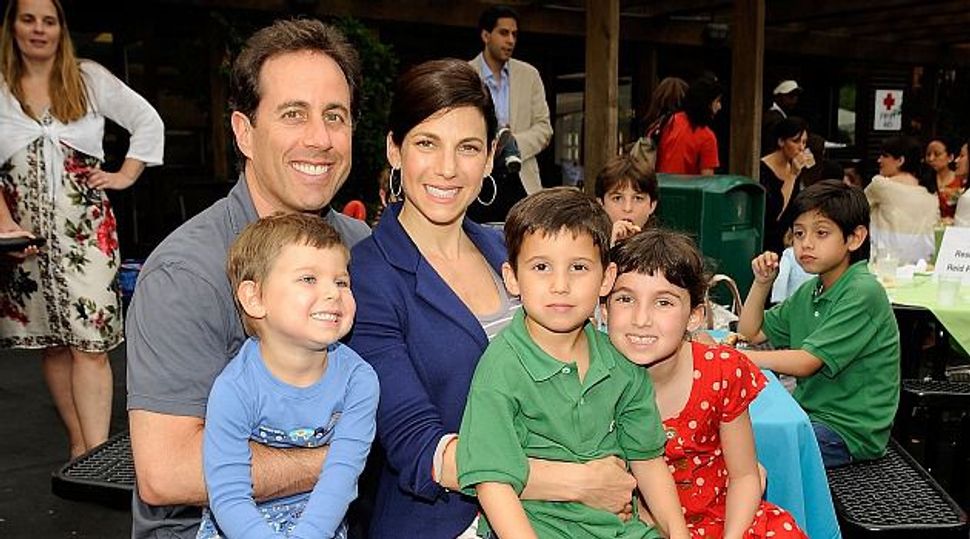 Everyone has something to say about the Jewish mother, but the Jewish dad is a harder character to pinpoint. In film and television, he often plays the meek foil to his overbearing wife. But for those of us with a Jewish father or grandfather in our lives, we know he’s so much more: fiercely family-oriented, maybe a master pancake chef or aficionado of deli meat. No doubt he’s funny as all get out. And let’s not forget neurotic.

Can you sum up your dad in just six words?

For Father’s Day, the Forward is partnering with Larry Smith, editor of SMITH Magazine, home of the Six-Word Memoir®, to launch our latest six-word challenge. Submit your six-word memoir on your father or grandfather below before May 29th. Larry and the Forward staff will pick our 12 favorites and publish them in the Forward for Father’s Day. Those people will receive a copy of the new book “Oy! Only Six? Why Not More? Six-Word Memoirs on Jewish Life,” published in collaboration with the Jewish cultural mavens at Reboot.

For inspiration, here are a few examples about Jewish fathers culled from SMITH Magazine’s library of six-word memoirs. For more examples, check out smithmag.net/jewish. It’s a challenge we know your father would accept. Now it’s your turn!