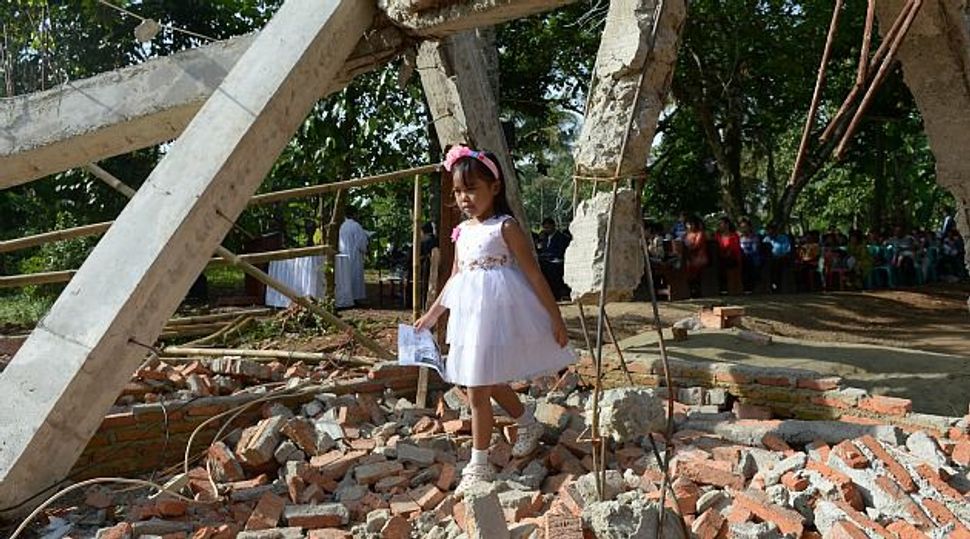 Look Like Tolerance? An Indonesian girl walks through the ruins of a church in Bakasi that was destroyed on orders of the local government. Image by getty images

Indonesian human rights activists are protesting an American Jewish organization’s plans to honor Indonesia’s president with an award for religious freedom — a freedom that human rights monitors say has sharply deteriorated under his rule.

The annual award, given by Rabbi Arthur Schneier’s Appeal of Conscience Foundation, has no significant profile in the United States. But in Indonesia, Schneier’s decision to honor President Susilo Bambang Yudhoyono has been the subject of street protests, newspaper articles and angry statements by major national figures.

“He has laid down the legal infrastructure of the discrimination against religious minorities,” said Andreas Harsono, a Jakarta-based researcher for Human Rights Watch, of Yudhoyono. 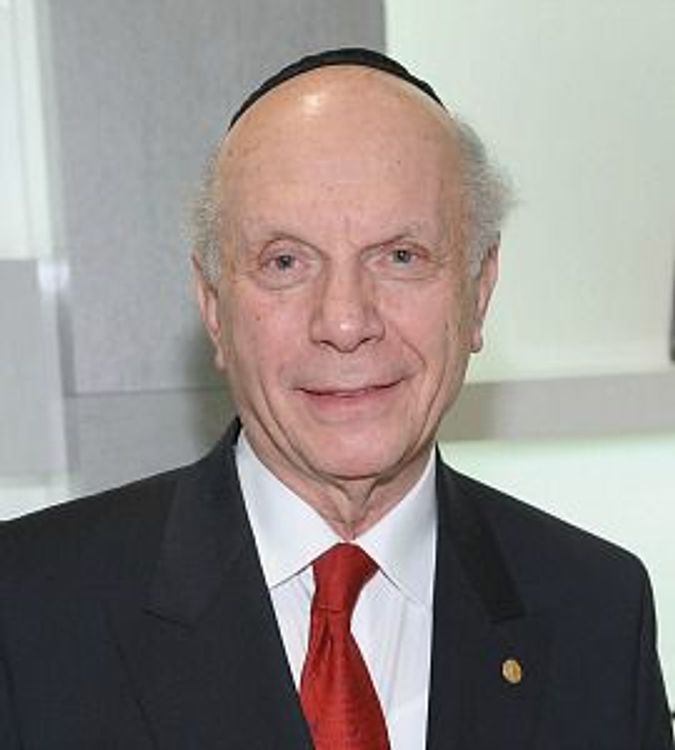 According to recent HRW reports, persecution against religious minorities, including non-Sunni Muslims and Christians, has burgeoned under the current president’s leadership. A recent U.S. State Department report faulted the Indonesian government for failing to protect religious minorities.

The Appeal of Conscience Foundation, an interfaith group that bills itself as promoting religious freedom, said in a statement that the award to Yudhoyono is “an encouragement to advance human rights, religious freedom and interreligious cooperation.”

A representative for the Indonesian Embassy in Washington did not respond to a request for comment.

Schneier’s decision to bestow the religious freedom award on the Indonesian president has been the subject of headlines in seven Indonesian newspapers in recent days. Representatives of the Ahmadiyya and Shia communities, minority Muslim groups that have suffered persecution in Indonesia, issued statements condemning the award. Protesters gathered outside the American Embassy in Jakarta on May 6 to oppose the award, and rights groups have scheduled a press conference on May 23 in Jakarta to condemn the award.

“How come they did not ask the Indonesian people’s opinion before they decided to give Yudhoyono the award?” asked the Rev. Franz Magnis-Suseno, a major Indonesian Catholic figure, according to an Indonesian press report.

Schneier, spiritual leader of the Park East Synagogue in Manhattan, a Modern Orthodox congregation, has developed a reputation for high-profile interfaith dialogue. Pope Benedict XVI visited his congregation in 2008, marking the first time a pope visited a synagogue in the United States. Schneier founded the Appeal of Conscience Foundation in 1965 and serves as its president.

Schneier did not respond to a request for comment beyond the one issued by his group.

The foundation is set to give Yudhoyono its World Statesman Award May 30 at a dinner to be held at the Pierre Hotel in New York. Previous recipients include Canadian Prime Minister Stephen Harper and former British Prime Minister Gordon Brown.

Though Indonesia is the largest Muslim-majority country in the world, its citizens are religiously diverse. Most of the country’s Muslims are Sunni, but there are substantial communities of Shia and Ahmadiyya Muslims. The country also has large Christian, Hindu and Buddhist populations, among others.

Government and private watchdog agencies say that religious persecution has worsened under the current president. “Since Susilo Bambang Yudhoyono took office in December 2004, there has been an increase in violence targeting Ahmadiyya, Christians, Shia and other religious minorities,” HRW reported in 2013. 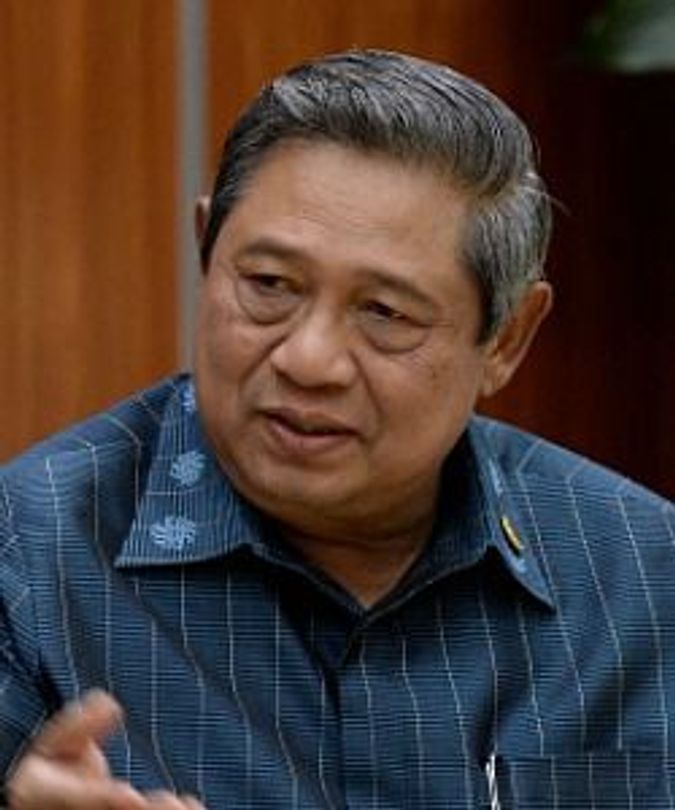 Poor Choice? President Susilo Bambang Yudhoyono of Indonesia is getting an award from Rabbi Arthur Schneier?s Appeal of Conscience Foundation. Yet human rights advocates blame him for cracking down on rights of religious minorities in the predominantly Sunni Muslim nation. Image by getty images

The Ahmadiyya Muslims, in particular, have suffered greater religious persecution under Yudhoyono’s rule, human rights monitors say. A heterodox sect that broke off from mainstream Islam in the 19th century, the Ahmadiyya have been a long-standing target in Indonesia. But in 2008, Yudhoyono’s government passed a decree making it illegal for the group to spread its beliefs. Suryadharma Ali, Yudhoyono’s minister of religious affairs, has been one of the most prominent leaders of the anti-Ahmadiyya movement.

The U.S. State Department has criticized the Indonesian government for its sometimes anemic response to interreligious violence. When 500 Sunni extremists attacked a Shia neighborhood on an island near Java in August 2012, displacing hundreds of Shia, police sent only five officers, according to the State Department’s annual religious freedom report. A large force of 700 officers was dispatched only after the violence was long over.

Kontras, an Indonesian human rights organization, issued a lengthy letter in early May, asking the Appeal of Conscience Foundation to drop the award. The Indonesian group wrote that it was “confused and disappointed” that the foundation had chosen to honor Yudhoyono, who, it said, has “failed to demonstrate the political will to put a stop to these repeated instances of violence towards religious minorities.”

It’s not clear what unstated motives, if any, Schneier’s foundation might have for giving the award to Yudhoyono in the face of his record on religious rights. Indonesia has no official diplomatic relations with Israel, though ties between the two countries have warmed recently. In June 2012, Indonesia agreed to open a consulate in Ramallah that would handle diplomatic relationships with Israel. In February 2012, a delegation of Jewish, Christian and Muslim leaders traveled together to Indonesia and Israel in a peace-building effort.

If Schneier hopes to change Yudhoyono’s behavior toward ethnic minorities in his own country, however, the award may come too late. Yudhoyono is barred by term limits from running in Indonesia’s 2014 elections. “If they wanted him to do more, it’s not the time to do it,” said Jeremy Menchik, a professor of international relations at Boston University. “It’s going to help whitewash his legacy.”

The dispute over the award to the Indonesian president bears some similarities to a controversy involving Arthur Schneier’s son, Rabbi Marc Schneier, who is also an interfaith activist. Marc Schneier drew criticism in January 2012 for traveling to Bahrain to meet its monarch, King Hamad bin Isa Al Khalifa, and lauding his rule while there and back in the United States as “a role model in the Arab world for coexistence and tolerance of different faith communities.”

Marc Schneier’s praise came just months after the Bahrain government brutally repressed peaceful protests by the Shia majority against the island nation’s Sunni rulers. The Bahrain government’s own Independent Commission of Inquiry found that government forces had abused and tortured hundreds of protesters, leading to the death of at least 35 of them.