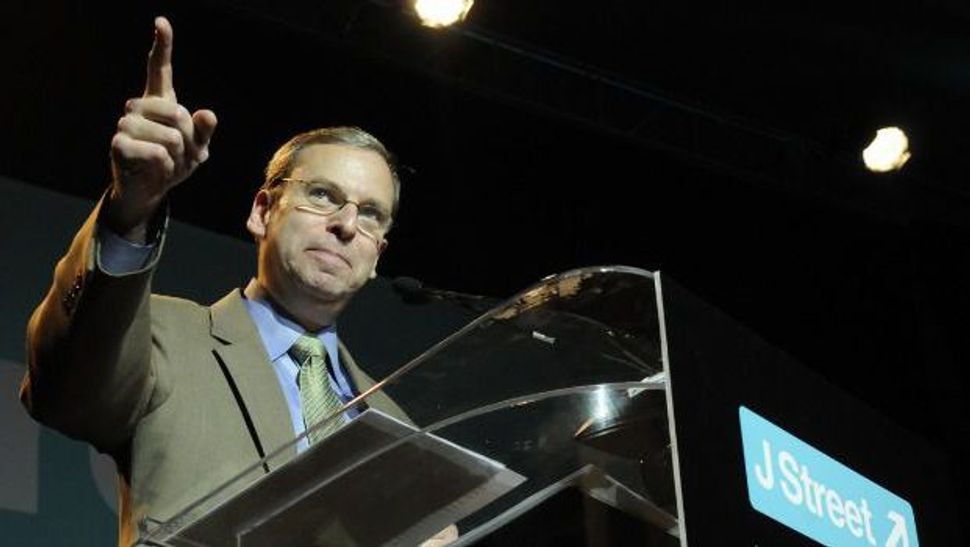 The dovish group J Street has lost its bid to gain admission to the Conference of Presidents of Major Jewish Organizations by an unexpectedly wide margin.

In a secret ballot vote held Wednesday evening at the Conference offices in New York, J Street failed to come close to winning the two-thirds majority of participating members needed to win admission to the umbrella group.

Some 22 member organizations voted against accepting J Street, 17 supported it and three abstained. Put another way, J Street won just half the 34 votes it needed. There are 51 organizations in the Conference, each with one vote, no matter its size.

In a statement issued shortly after the vote, J Street said it was disappointed and added that it is a “sad day” for the organization.

“In many ways the vote illustrates one of the key reasons that J Street was created in the first place and why we continue to grow: a large segment of the American Jewish community feels that it does not have a home or a voice within its traditional structures,” the statement added.

J Street President Jeremy Ben-Ami told the Forward after the vote that the structure of the Conference of Presidents is “unrepresentative of the breadth of the views” of the Jewish community. Ben-Ami argued that the vote rejecting his group’s membership “calls into question the premise of the Conference” as an umbrella organization representing the community.

He turned down the notion that the vote should be viewed as a rejection of J Street by the community, saying that it was “a handful of old guard institutions voted against us,” he said. Ben-Ami added that J Street will consider its next moves and will “look at all options.”

An analysis of the vote, which remains secret even after the meeting, indicates that J Street enjoyed the support of liberal groups, Reform and Conservative organizations and several major players, including the Anti-Defamation League and the Jewish Council for Public Affairs. The majority voting against it were right-wing and Orthodox organizations, as well as several smaller groups with no clear ideological leaning.

Rabbi Julie Schonfeld, executive vice president of the Conservative movement’s Rabbinical Assembly, noted that J Street would have won a lopsided victory if the votes were weighted to take into account the organizations’ membership size. Because J Street “won the popular vote,” she called on the Conference of Presidents to find ways of expanding the communal table.

“It is very usual that organizations have to examine their structure,” she said, adding that that this examination should deal with “closing the gap between the popular vote and the organizational vote.”

The Presidents Conference said in a statement issued after the vote that its current membership reflected the community’s diversity.

“The present membership of the Conference includes organizations which represent and articulate the views of broad segments of the American Jewish community and we are confident that the Conference will continue to present the consensus of the community on important national and international issues as it has for the last fifty years,” it said.

The voting process is not only secret, but also complicated. The Conference of Presidents’ bylaws require a quorum of 75% of member organizations attending the meeting. Of them, a majority of two thirds is required in order to approve a membership request.