How ‘Nice Jewish Boy’ Exterminator Rids a City of Pests 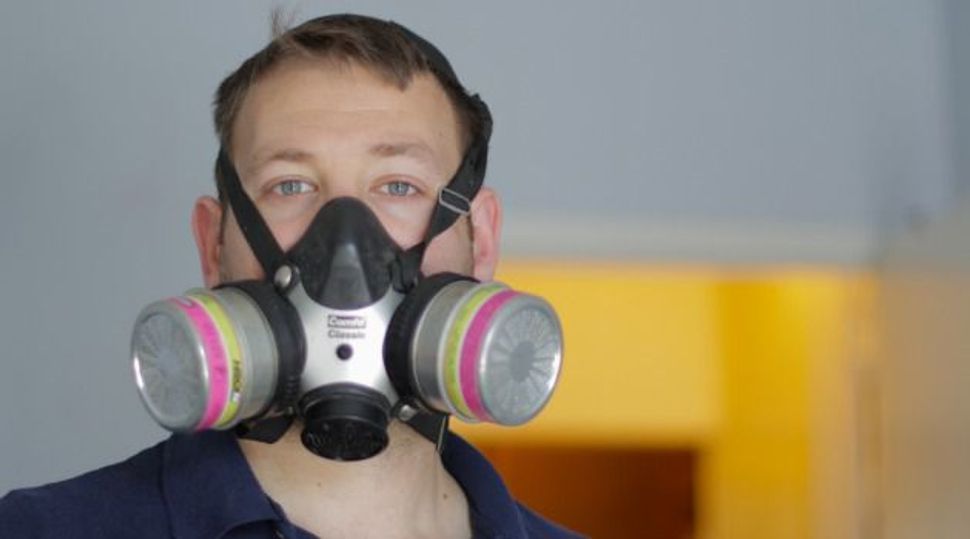 Whether he is squishing odorous ants, bursting blood-filled bedbugs or trapping rats and roaches, Stein is unfailingly warm, thoughtful and polite.

“I personally believe you have to be nice, soft-spoken, because the bottom line is, you are dealing a lot with housewives,” Stein said. “You have to have that sensitive touch.”

On a recent Thursday in Brooklyn, Stein, 32, cruised the predominantly Orthodox neighborhoods of Manhattan Beach, Flatbush, Midwood and Boro Park in his white Honda minivan.

He believes that trust is one of the most important factors for a successful pest control business. And Orthodox Jews are more trusting of an Orthodox exterminator.

“We say that all of us met at Mount Sinai,” Stein said. “We already met once. I think there’s that comfort.”

Stein said the phenomenon is no different from the way Hispanic tenants he serves in Orthodox-owned buildings in the Bronx responded better when Stein employed a Hispanic exterminator.

“I don’t think it makes a big difference whether you are a Jew or a non-Jew, but I am sure there is always this element of ‘my community, my people,’ and that automatically takes [mistrust] down a notch.”

Stein is tall and has a gentle, open face. He wears a black yarmulke, tzitzit, and has a loaded bait gun slung around his waist.

Outside the home of an Orthodox family in Midwood, Stein found an entrance to an ant colony. He laid down poisonous granules for the ants, and they immediately began taking them back to their nest.

“Baruch Hashem, give it a week and you won’t have a problem,” he told the Orthodox homeowner as she wrote him a check.

Later, at a suspected bedbug infestation in a musty Boro Park apartment, five children, from an infant to a girl of about 12, stood aside while Stein strode into a bedroom.

Two twin beds and two cribs took up almost the entire floor space of the room.

He squeezed the bug, and blood smeared across his finger. “Looks like it ate recently,” Stein said.

Further along the box spring he found bedbug eggs and more babies.

“Have you gone away anywhere, like for Pesach?” Stein asked the mother.

Then, he reassured her: “We will take care of it, with God’s help.”

Stein says that the Torah warns against causing unnecessary pain and suffering to an animal.

“If the Torah cares about how [animals] feel, then I definitely have to care about how they feel,” he said.

When he uses live traps, Stein checks them every 12 to 24 hours to make sure the animal has access to food and is not imprisoned for too long.

Much of Stein’s job is about deterring and killing pests. But there’s a good bit of rescue and rehabilitation work, too. Over the years, Stein has retrieved raccoons, opossums, woodchucks and squirrels.

He says exterminators often euthanize raccoons because they are a rabies vector species. But Stein always looks after them. Recently, he picked up a baby raccoon that was discovered behind the kitchen wall of an apartment in Brooklyn.

Stein took the raccoon to his home in Monsey, New York, and built a makeshift den for the animal, where it lived for nine days before a rehabilitator agreed to take it in.

“I felt that I am given this opportunity,” Stein said. “I will be its mother for a little bit, give it a second chance.”

When Stein started out in the pest control business nine years ago, there were about five Orthodox pest control services. Today, he reckons there are about 30 such companies.

He says that many Orthodox Jews who lost jobs or businesses during the financial crisis of 2008 saw an opportunity in Orthodox pest control.

“A lot of Jews own real estate, so a lot of people jumped into it,” he said.

Before his incarnation as an exterminator, Stein worked as an assistant manager at a home for developmentally disabled children in Brooklyn. He said that the salary was too low to support his family, so he began moonlighting as an exterminator for a company owned by his friend’s mother-in-law, NJB Pest Control.

Stein soon realized that he could make more money as an exterminator, so he quit his job and bought NJB, which stands for “Nice Jewish Boy.”

How ‘Nice Jewish Boy’ Exterminator Rids a City of Pests