After Brooklyn Fire, Assessing the Risks of Shabbat Technology 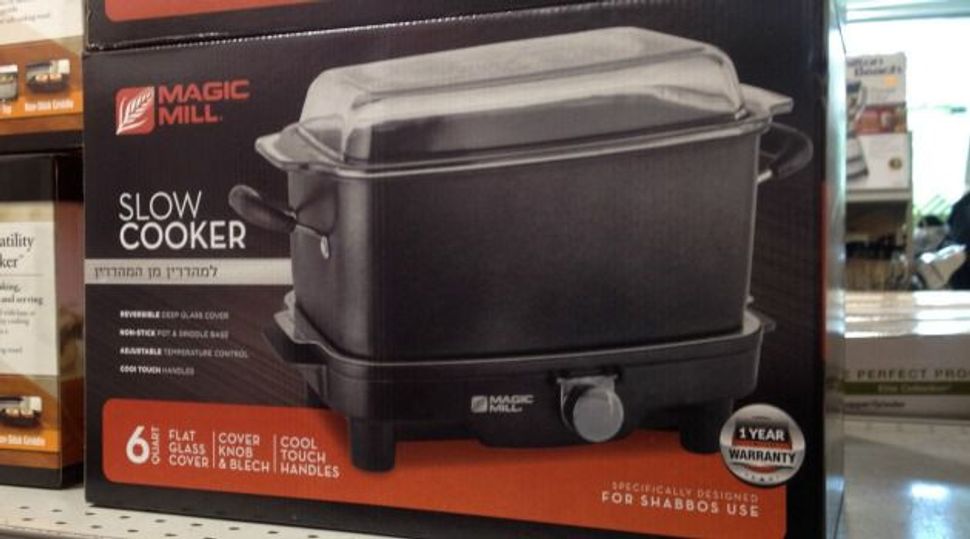 A slow cooker designed for Shabbat-use for sale at Buzz Electonics. Image by Josh Nathan-Kazis

Every Friday before sundown, in countless observant Jewish homes across the United States, someone turns on a hot plate or a gas stovetop, and then doesn’t turn it off again for twenty-five hours.

The practice is so common that it blends into the background of traditionally observant Jewish life. But since a malfunctioning Sabbath hot plate became the prime suspect in a fire that killed seven children in a Brooklyn Orthodox household on March 21, this everyday workaround for a Sabbath prohibition has become a focus of citywide concern.

“Starting literally today at the fire department, we’re beginning a deeper dialogue with community leaders and rabbis about what we can learn,” New York City Mayor Bill de Blasio said at a March 23 press conference in Boston. That day, the city’s fire department responded to a request for Sabbath fire safety information with two pages on candles and cooking, but no mention of heating elements left on for days at a time.

If the hot plate itself turns out to have been the sole cause of the deadly fire, the mayor and his allies could face resistance if they seek to change habits among the observant. Alternatives to leaving heating elements on throughout the Sabbath are currently nonexistent, and reaction among some observant Jews has been unconcerned.

“I’ve sold thousands and thousands of those hot plates and never had a problem,” said a sales manager at Buzz Electronics, an appliance dealer a mile from the site of the fire, who declined to give his name. The sales manager speculated that the fire was caused by faulty wiring, rather than a flaw in the hot plate.

Not everyone is so sanguine. In New Jersey, an Orthodox engineer named David Y. Sarna has begun pursuing an idea to avoid the use of hot plates by creating Sabbath-compatible induction cooktops, which heat pots using magnetism without getting hot themselves. The idea is only in its earliest stages, but Sarna said that if it succeeds, he will make the solution widely available.

“We are still a distance away from having a working prototype,” Sarna wrote in an email. “My concept is to release the design open/source so others can improve on it.” 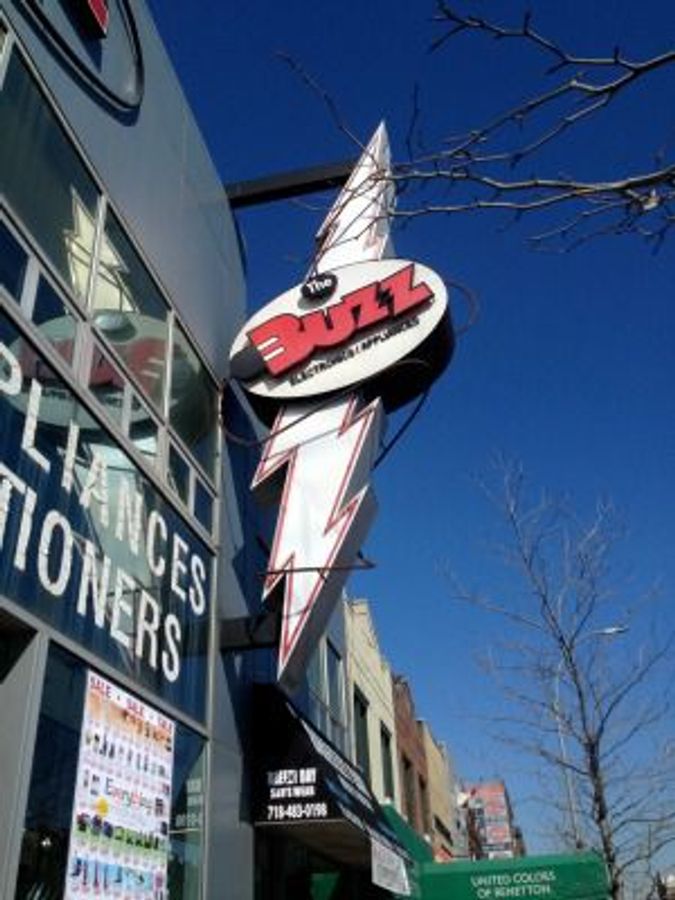 The basic issue for observant Jews is that accepted interpretations of Jewish law ban the lighting of fires and the turning on and off of electric switches during the Sabbath and on certain holidays. Other rules ban stirring and other cooking-related activities. Since holidays can span multiple meals, and it is traditional to serve hot meals on holidays, observant families need a way to make hot food available despite these restrictions.

One traditional work-around is the blech, a tin sheet laid over a gas or metal stovetop turned low. A pot left on a blech can be kept warm until Sabbath is over. Rabbi Elliot Dorff, a professor at American Jewish University in California, said that he and his wife keep a pot of boiled water on their blech during winter Sabbaths.

“I like tea pretty hot, and it’s not that, but it is warm, at least,” Dorff said.

Hot plates are a slightly higher-tech alternative. These are often not the small metal circles seen in science class or the dorm room, but rather large rectangular glass or metal-topped trays designed to keep food warm, but not cook them. Buzz Electronics sells two models: A high-end version with a knob that can vary the temperature between 110 and 230 degrees, and a low-end version with no temperature knob.

According to knowledgeable community observers, hot plates are more common among observant Jews in Israel, where the higher price of gas makes keeping a fire lit under a blech for an entire Sabbath untenable. Indeed, the packaging on one of the two models sold at Buzz Electronics was largely in Hebrew.

Ashkenazic Jews who eat the beef stew known as chulent on Sabbath afternoon also may use slow cookers, filling them on Friday and allowing them to cook on their own until lunchtime Saturday.

The only widespread technological disruption of the Sabbath food warming market as of yet has served to void safety features, rather than improve them.

Roughly a decade and a half ago, appliance firms began installing safety features on their ovens to sound an alarm and shut off heat if the oven was left on for more than 12 hours straight. Such a feature could doom a Sabbath meal. Moreover, traditionally observant Jews would be rule-bound to ignore the alarm since turning it off would violate the Sabbath. Consequently, the kosher certification agency Star K now works with oven manufacturers to install stealth “Sabbath modes” in their products that disable the alarm.

According to Jonah Ottensoser, Star K’s director of engineering projects, the Sabbath modes override the 12-hour shut off, turn off the light inside the oven, and disable portions of the oven’s LCD screens. Some models even enable a halachic workaround to allow users to adjust the oven’s temperature during Sabbath by inserting a random delay between when a dial is turned, and when the change takes effect. The user is therefore not physically causing the temperature to be changed, which renders the act religiously permissible.

Sarna’s new idea is more radical. A software engineer by training, Sarna said he had been concerned about fire safety since a deadly 2005 fire at an Orthodox Jewish home in Teaneck, New Jersey killed four children. The induction cooktop technology he is considering uses magnetism to heat pots. The cooktop stays cool, and a piece of newspaper can be placed between the pot and the cooktop without being burned. These cooktops are widely available, but no version has been certified for Sabbath use.

Sarna has been in touch with the Orthodox Union’s Kosher division about the idea, but he is still working out the angles. “There are certain problems,” he said. “You have to make sure that you’re not doing anything which is going to turn a switch on and off.” He said he has been talking with other engineers about the idea.

“It’s a very important problem, and we have to put the best brains we can to solve it,” Sarna said.

After Brooklyn Fire, Assessing the Risks of Shabbat Technology