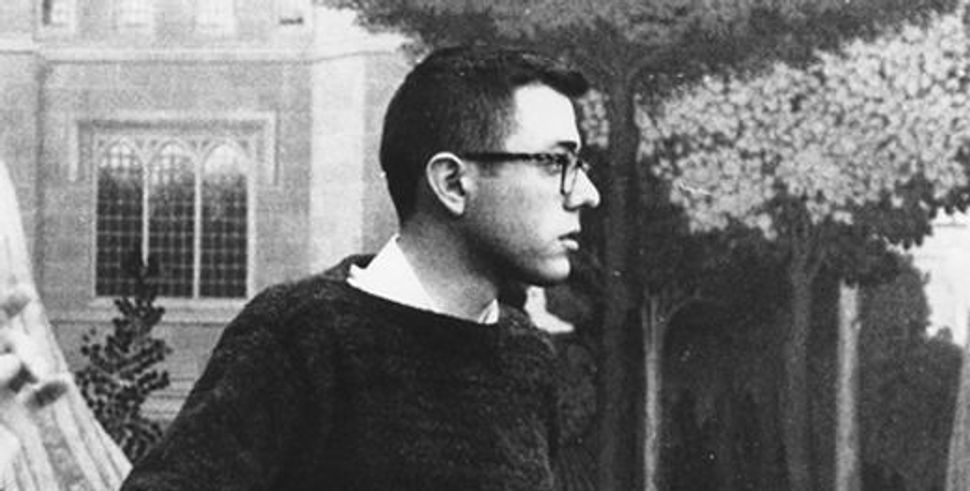 It’s a constant of virtually every profile written about Bernie Sanders: Shortly after college, the Vermont senator now running for president volunteered at an Israeli kibbutz.

Depending on the writer, this detail might speak to Sanders’s Jewish identity, his stance on Israel, or his socialist values. Were any or all of these honed in the communal agrarian idyll of 1960s Israel? No reporter or analyst has been able to fully address this question because no one has been able to pin down which kibbutz Sanders volunteered at for several months in 1964, after his graduation from the University of Chicago. Including me.

On my part, it’s not for lack of trying. Not even his brother, Larry Sanders, knows, despite the fact that he himself volunteered at two kibbutzim in Israel — Matsuva in the North and Yotvata in the South — and even met his first wife in Israel. Larry Sanders never visited Bernie Sanders on the kibbutz, but he said that it was a formative experience for his brother.

“I think the kibbutz reinforced Bernie’s view that people can run things for themselves,” Larry Sanders wrote me in an email. “They don’t need a long chain of bosses. It also gave flesh to his view that equality made for a pleasant life for all.”

He also said that the kibbutz “didn’t so much introduce Bernie to new ideas as confirm and give substance to views he had already developed.”

The name of Sanders’s kibbutz might seem like a minor detail, but it’s important. Among other things, it could build on our understanding of his formative years before he became a populist firebrand filling stadiums across America as Hillary Rodham Clinton’s main challenger in the Democratic primary race. Was it one of the hard-left kibbutzim of that era affiliated with the Marxist political party Mapam? Or was it one of the more moderate socialist communities affiliated with the ruling Mapai party?

If we knew which kibbutz Sanders volunteered at, we would no longer have to speculate about what he experienced there, because we could learn firsthand from the kibbutzniks with whom he volunteered.

When I embarked on my search in August, I was sure that my project wouldn’t take long. With Sanders so often in the news in America and Israel, I thought a kibbutz would inevitably come forward to claim him as its own. Each kibbutz has a distinct history, often painstakingly recorded by a member. It seemed likely that someone somewhere had a document or a memory of Sanders.

“It’s a needle in a haystack,” said Nava Grebler, a manager at the Kibbutz Volunteers Program Center in Tel Aviv. When I met her in her office, she said that the center’s spokesman had already looked into the question and had come up empty-handed. I pressed her for other suggestions. She opened a browser to Facebook and plugged in Sanders’s name in Hebrew. The results excited her: He has a Facebook page! Why don’t you write to him there?

Feeling part amused and part dejected, I went upstairs to meet with the center’s spokesman, Shay Alt. Alt hadn’t looked into the question himself, but he had already directed a couple of Israeli journalists to the two main kibbutz research centers, Yad Tabenkin and Yad Yaari. As far as he knew, the Israeli journalists hadn’t come up with the answer. But I could try. He handed over phone numbers for both centers.

It was Dudu Amitai, the director at Yad Yaari, who helped me understand why no one had been able to pin down Sanders’s kibbutz. Sanders volunteered in 1964, three years before the Six Day War, when it was relatively uncommon for foreigners to work on kibbutzim. After 1967, volunteers from all over the world flooded into the kibbutzim in a display of goodwill toward the State of Israel, forcing the Jewish state to streamline the process for accepting them. Since Sanders volunteered before 1967 it was unlikely that there was an official record of his presence on the kibbutz. If he had come just three years later, I would have had better luck.

Larry Sanders believes that his brother lived on a kibbutz near the Mediterranean where there were a large number of Argentine volunteers in the 1960s. Amitai gave me the names of three kibbutzim that could possibly match that description: Zikim and Sa’ad near the Gaza border, and Ga’ash in central Israel.

Zikim was one of the first places I visited when I arrived in Israel as a journalist at the tail end of the Israel-Gaza war in the summer of 2014. Zikim was the home of a young activist, Ori Ophir, who had helped found the Movement for the Future of the Western Negev, a group pressuring the Israeli government to come up with a long-term diplomatic solution to the ongoing wars with Hamas. I called Ophir and asked him who at the kibbutz might be able to tell me whether Sanders volunteered there in the ’60s.

I decided to go the official route and call a phone number listed on Zikim’s Facebook page. Maayan Drory, a onetime press contact at the kibbutz, picked up. “I’m afraid there aren’t any records,” he said, adding that Zikim hosted volunteers from Brazil, but not Argentina, in the 1960s. “There is a volunteers office in Tel Aviv. Did you contact them?”

I was back to square one.

My attempts to reach the two other kibbutzim were similarly fruitless. I tried other avenues, too. At the recommendation of another employee at the kibbutz volunteer center, I tried to sign up for LostAmigos, a Web forum where former volunteers post queries in search of old kibbutz contacts. But the confirmation link led to an error page on the web site, and I haven’t been able to reach the site’s founders.

Jo-Ann Mort, co-author of the 2003 book “Our Hearts Invented a Place: Can Kibbutzim Survive in Today’s Israel?” provided me with a list of contacts, but phone call after phone call yielded nothing. One of her contacts was Avshalom Vilan, a former representative of the Kibbutz Artzi Federation of Kibbutzim, 85 kibbutzim affiliated with the Hashomer Hatzair youth movement. If anyone could provide me with a clue, it would be Vilan. He promised to look into it.

A few days after our initial call, I reached out to Vilan again. No news. Vilan suggested I contact HaDaf HaYarok and HaKibbutz, two kibbutz newspapers widely read by elderly kibbutzniks, and place a query in their pages, which I did. Now I’m waiting to hear back from readers.

Then I thought, why not do the same on my own, in my own news outlet? The Forward, after all, is a newspaper with a socialist history of its own. So here goes: If you have any idea which kibbutz Bernie Sanders volunteered at in 1964, or know someone who might, please help a reporter out and get in touch at zeveloff@forward.com.

And in case you’re wondering, I did ask the Sanders campaign. No one ever responded. Contact Naomi Zeveloff at zeveloff@forward.com or on Twitter, @naomizeveloff