At Florida Rally, Trump Evokes Specter of ‘International Banks’ and Jews Cheer, Too 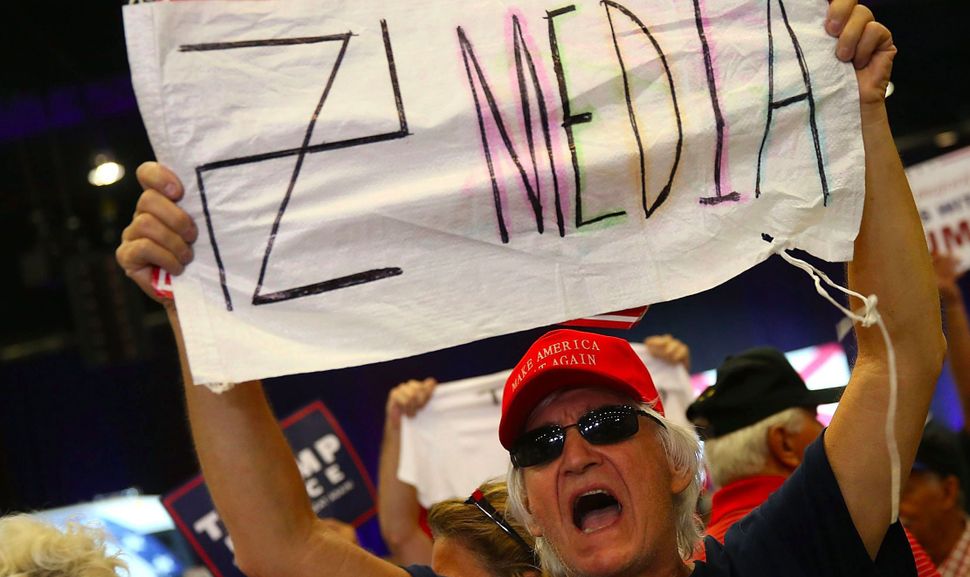 Donald Trump was speaking in an area with one of the largest Jewish populations in the United States, but in his October 13 speech, he sought to rebut claims of sexual misconduct by alluding to a malevolent global conspiracy — a vintage anti-Semitic trope.

He referred repeatedly to a Clinton-organized conspiracy involving bankers and the media, and his audience in the South Florida Expo building applauded enthusiastically. 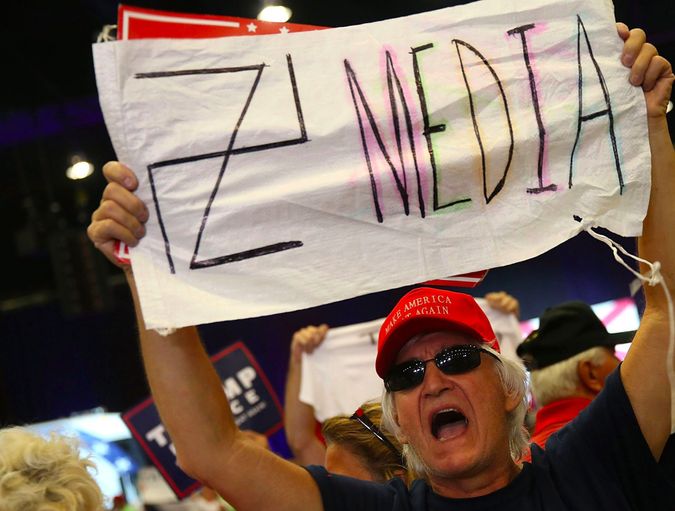 Trump accused a global media and political conspiracy of trying to bring him down. Image by Getty Images

“Hillary Clinton meets in secret with international banks to plan the destruction of global sovereignty in order to enrich these global interest powers, her special interest friends and her donors,” Trump said. The notion of global bankers meeting in secret has long served as a rallying call against Jews, especially in pre-war Europe.

Journalists who have been subject to Jew-hating attacks by Trump supporters in the past heard scary echoes of pre-war Europe.

Is it just me or is much of this Trump speech Jew-baiting?

But Jewish Trump supporters in the crowd took offense at the idea that Trump was trying to signal his common cause with white nationalists or anti-Semites.

One of them, wearing a yarmulke and holding a Trump sign, said afterwards he did not sense any anti-Semitic undertones in the speech.

Sid Dinerstein, a long-time Republican activist from West Palm Beach who sat in the front row, later said that all claims of anti-Semitism in the Trump camp are bogus “The saying that he is speaking to the ‘alt-right’ is offensive to me,” he added.

Trump went on to talk about a “global power structure” that has “robbed the working class” and “put that money in the pockets of a handful [of] large corporations and political entities.” 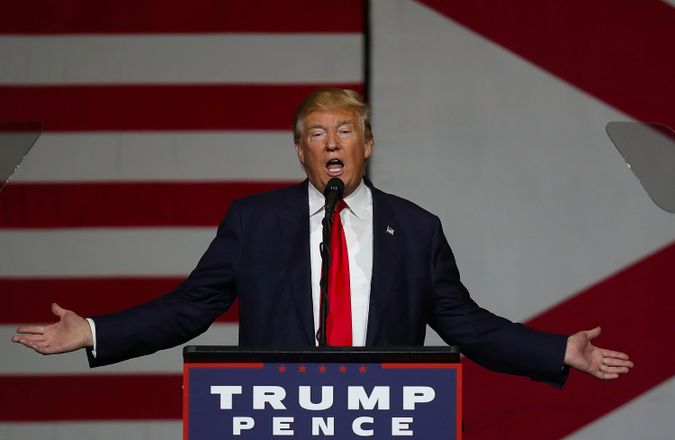 CNN’s media commentator Brian Stelter called Trump’s speech “dangerous” and added that it “sounded a lot like a dog whistle.”

Trump devoted much of his speech to attacking the media, especially the New York Times, which ran a story the night of October 12 about two women who said they were sexually assaulted by Trump.

Trump said the publication, which has been singled out many times by anti-Semitic critics for being Jewish-owned, is “no longer involved in journalism,” claiming that it has a hidden political agenda.

“’Their agenda is to elect Crooked Hillary Clinton at any cost, at any price, no matter how many lives they destroy. For them it’s a war. And for them nothing at all is out of bounds,” Trump said. When he mentioned the lawsuit he is preparing against the publication, the crowd burst into cheers.

One of speakers tasked with warming up the crowd before Trump arrived at the venue described Hillary Clinton as a candidates of the elites, later adding that she “doesn’t care for you unless you’re Wall Street or Hollywood.” These two industries have historically had large numbers of Jews in top positions.

At Florida Rally, Trump Evokes Specter of ‘International Banks’ and Jews Cheer, Too