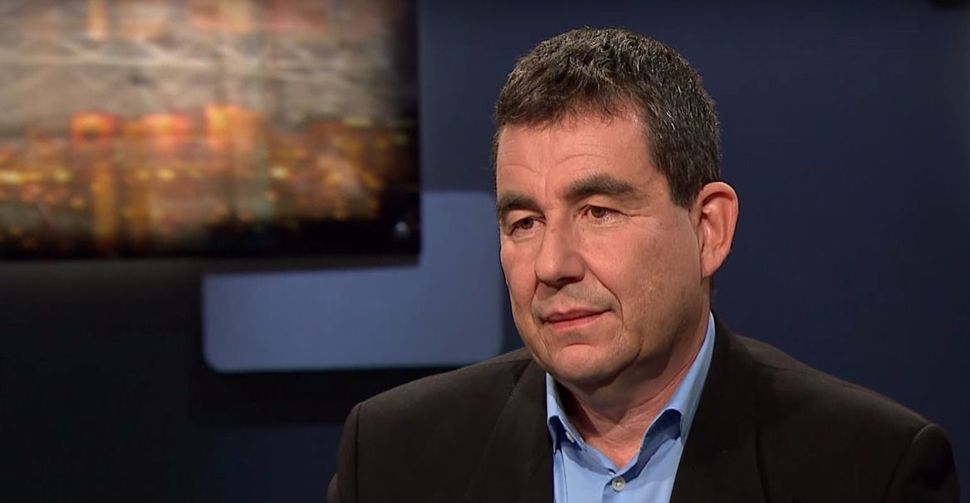 After a staff member at the liberal pro-Israel group J Street told her supervisor in 2014 that the prominent Israeli writer Ari Shavit had behaved inappropriately towards her at a J Street conference, the organization decided it would no longer invite Shavit to speak at its events.

But J Street did not tell other Jewish organizations, which regularly host Shavit, about its decision.

Now, in the aftermath of a Forward report on the 2014 incident, J Street is facing harsh criticism over its admission that it did not warn others about its experience with Shavit.

J Street could have put itself in legal jeopardy if it had contacted other groups about Shavit, one expert told the Forward. But that consideration hasn’t staunched the online criticism.

“So that settles it,” wrote Jerusalem Post reporter Lahav Harkov in a tweet. “J Street knew, and didn’t tell anyone else.”

The Forward exclusively reported October 30 that after the 2014 incident, J Street extended its sexual harassment policy to include speakers at its events, and that J Street determined it would no longer host Shavit’s speeches. But while Shavit didn’t speak for J Street after 2014, he continued to tour Jewish venues in the United States, speaking widely for AIPAC and at dozens of college campuses for Hillel International.

After the Forward’s story, observers on social media raised questions about why the organization had not informed others about its experience with Shavit.

But while some of the criticism did come from longtime J Street critics, others also joined in, including a group of academics and rabbis called the Committee on Ethics in Jewish Leadership, led by the Dartmouth College Jewish studies professor Susannah Heschel and the historian Rafael Medoff, founder of the David Wyman Institute for Holocaust Studies. The group’s steering committee released a statement October 31 criticizing J Street’s inaction.

“We are deeply disappointed that J Street reportedly failed to alert any other Jewish groups about [Shavit’s] behavior,” the group wrote. “Keeping quiet is not the way to combat sexual harassment.”

While the Committee on Ethics in Jewish Leadership is little-known, a large group of prominent American rabbis and Jewish studies professors signed its founding document.

A J Street spokesperson said that the organization had no response to the committee’s statement.

In earlier conversations, J Street told the Forward that they had “handled this incident at the time as we and the staff member involved thought appropriate.”

One expert said that J Street could have put itself at potential legal jeopardy if it had circulated word of its decision not to hire Shavit for future speeches. “I’m not saying they couldn’t have conveyed that information, but I think you would want to be very careful about doing it,” said Daniel L. Kurtz, a partner at Pryor Cashman, who regularly advises charities on legal matters. “Unless you’ve really got him dead to rights, I think you would be taking a risk.”

The Forward reported that a J Street staffer accused Shavit of touching her hand inappropriately while she was picking him up for a conference appearance in 2014. He also asked her deeply personal questions, said he wanted time alone with her and said he wanted to meet her for drinks in Israel one day. She said she was terrified to be alone with him.

The Forward report came days after Shavit admitted that he had been the Israeli writer who an American Jewish reporter, Danielle Berrin, alleged had propositioned and grabbed her during a 2014 interview. The reporter described the experience in the Los Angeles Jewish Journal as sexual assault.

Hours after the Forward first reported the 2014 incident with the J Street staffer, Shavit resigned from his current jobs at the Israeli media outlets Haaretz and Channel 10.

Attention quickly turned to J Street. Some of the immediate social media criticism came from right-wing writers, including Seth Mandel, the op-ed editor of the New York Post, and Arsen Ostrovsky, executive director of the Israeli-Jewish Congress.

But reporters from both right- and left-leaning Israeli outlets also joined in, including freelancer Noga Tarnopolsky and Haaretz’s Allison Kaplan Sommer.