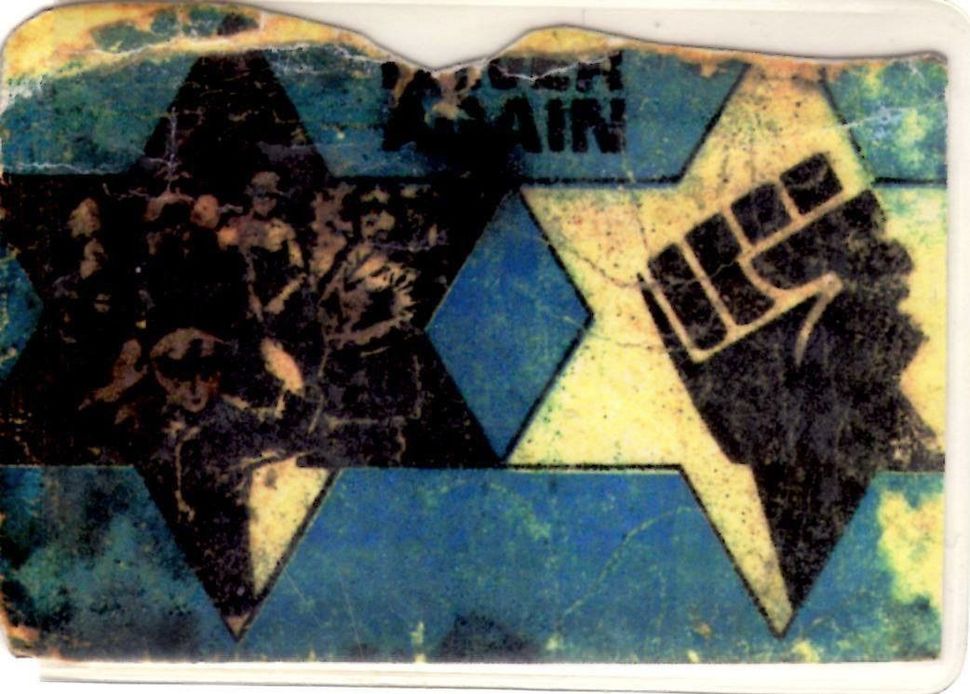 A Queens man who was sentenced to 20 years in prison for stabbing a Muslim is a self-styled Jewish extremist who said he left the Jewish Defense League at age 13 because “it was not militant enough.” 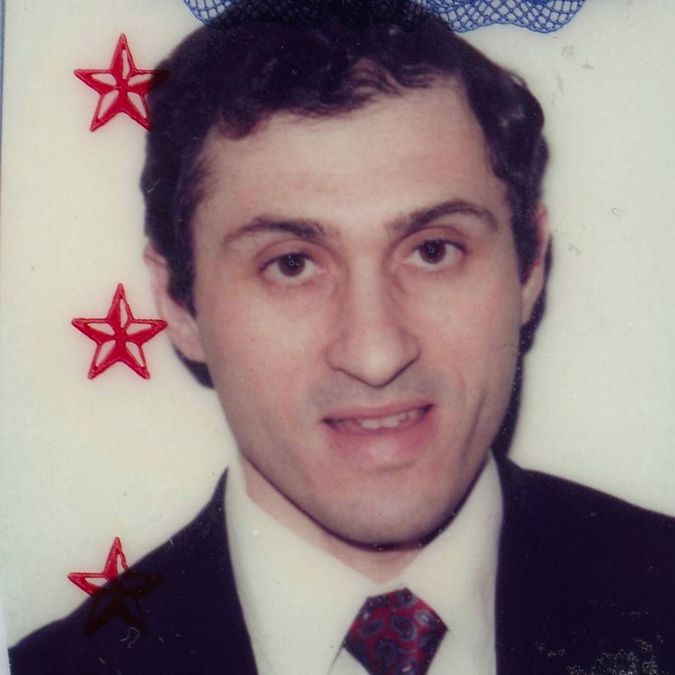 Bernhard Laufer was sentenced to 20 years in prison after he was found guilty of several charges that had been prosecuted as hate crimes. Image by Facebook

Laufer’s Facebook page and other social media platforms show his connection to far-right ideology and icons of Jewish militancy.

In August of 2015, Courthouse News Service linked Laufer to a since deactivated Google Plus account where he bragged about making it to the “NYC Most Wanted List for fighting against the Islamic Brotherhood.”

Laufer’s current Facebook page features pictures of himself wielding nunchucks, what appears to be an aged JDL membership card and an image of the man who Laufer stabbed, with a caption: “This is what the face of a Trojan horse Islamonazi residing in the US looks like.”

Laufer has a history of mental illness and his lawyer, Alexander Eisemann, said he would appeal the conviction of the sentence. “We hope that this miscarriage of justice for a mentally ill man will be reversed,” he said. Eisemann previously described his client has having “suffered from an extremely serious bipolar and schizoaffective disorder since the age of 17.”

Eisemann said he was “aware that there were some indications on Facebook that he has some association with the JDL, but I don’t know if it is true or part of a fantasy,” resulting from his mental disorders.

And on November 18, Laufer attacked a 57-year-old member of the mosque, Bashir Ahmad, as he was unlocking the congregation’s door for morning prayers. Laufer stabbed Ahmad in the head, back, leg and hand and bit his nose. 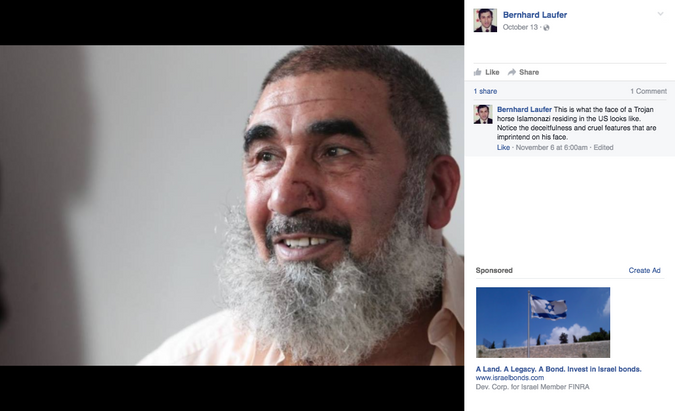 This is not the first time that Laufer has targeted a Muslim. Last year, Laufer also pled guilty in court to sending death threats to the executive director of the Council on American-Islamic Relations, who he called a “Jihadi Bastard.”

The JDL was founded in 1968 by Meir Kahane to “protect Jews from antisemitism by whatever means necessary.” The group officially “condemns terrorism” but its founder Kahane is an iconic figure for Jewish militancy.

As recently as this October, Laufer posted an image of Kahane on Facebook and another JDL logo with the group’s motto, “Never again.”

Other recent posts on his Facebook account include news articles and YouTube videos titled: “ISIS Execution of 21 Coptic Christians” and “The Holocaust that changed the world.”