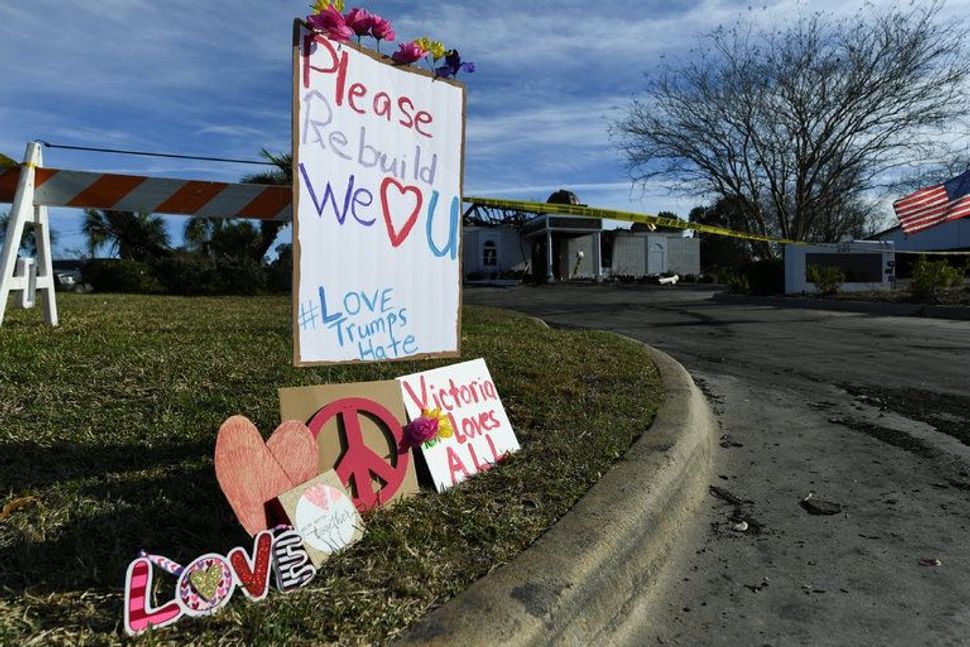 In the small Gulf Coast city of Victoria, Texas, there are several churches, but just one synagogue, and one mosque — at least, until the mosque mysteriously burned down on Saturday, according to the New York Times.

Now, in a sense, the synagogue has become a mosque: the Jews of Victoria handed the Muslims the key to the building, so they would a place to worship while rebuilding.

“Everyone knows everybody, I know several members of the mosque, and we felt for them,” said Robert Loeb, the president of Bnai Israel, which affiliates with the Reform movement.

On Sunday, the Victoria community held an interfaith event in front of the mosque. Through local donations and a GoFundMe page, the mosque raised over $900,000 in the span of one day to rebuild the mosque. The Jewish Anti-Defamation League’s southwestern arm also attended the event.

The causes of the fire are unknown, according to the New York Times.

“Jewish community members walked into my home and gave me a key to the synagogue,” Shahid Hashmi, a surgeon and one of the founders of the mosque, built in 2000, told the Times. He could not be reached for comment.

Religious leaders in the town of about 65,000 have done other interfaith work, including a three-week event a few years ago during which the synagogue, mosque and a church hosted each other’s members.

“This is sad for everyone in the community and as Jews we especially have to feel for the Muslim community. When a calamity like this happens, we have to stand together,” Loeb said.

Also, Loeb added, sharing the space just made sense: “We have probably 25 to 30 Jewish people in Victoria, and they probably have 100 Muslims. We got a lot of building for a small amount of Jews.”