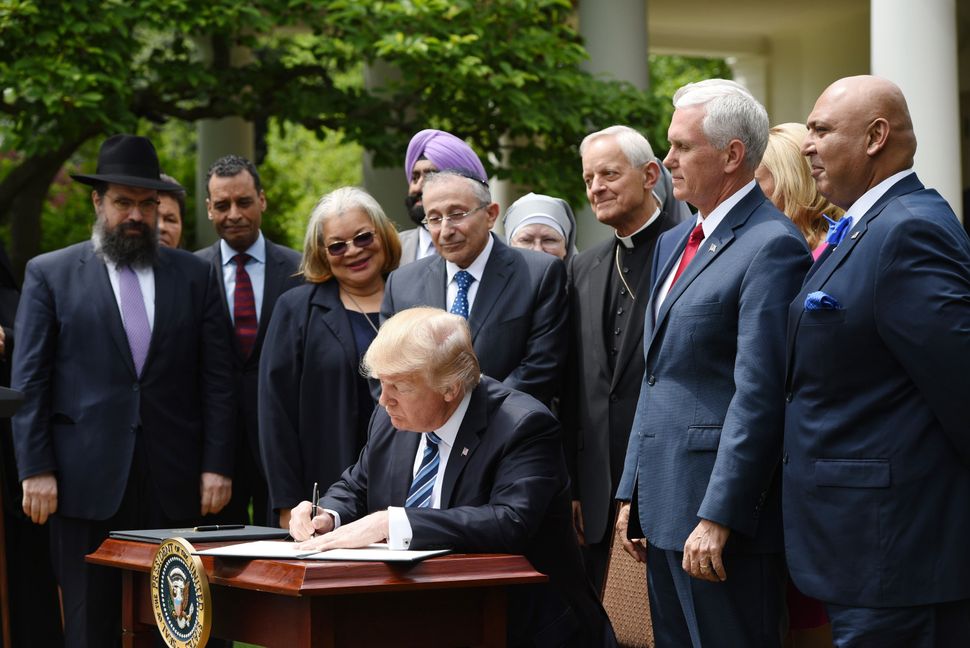 In a Rose Garden ceremony on Thursday, President Donald Trump signed an executive order that may unleash a new wave of political battles inside American synagogues.

“You are now in a position where you can say what you want to say,” said the president, adding in his address to a group of conservative religious leaders that he was “giving the churches their voices back.”

The president said he was barring enforcement of longstanding rules that bar religious leaders from making political endorsements from the pulpit.

“Under my administration, free speech does not end at the steps of a cathedral or synagogue or any other house of worship,” Trump said

The actual text of the order, however, is far more ambiguous. Revealed hours later, it seemed to contradict much of the president’s rhetoric. One tax law expert, in an interview with the Forward, called it a reaffirmation of the status quo.

Still, the president’s remarks, in which he encouraged political involvement by religious groups, could put more pressure on rabbis to weigh in on political campaigns from the pulpit.

“It’s going to create dissension within congregations,” said David Kasakove, a member of the board of the Union for Reform Judaism and the former president of a leading Reform synagogue in Brooklyn.

Synagogues often weather internal fights about politics. Fights over Israel have rent countless congregations, and landed a handful in the newspapers. Wary of alienating congregants, today American rabbis avoid talking about Israeli politics from the pulpit.

Fights over American political endorsements could make those brawls seem like minor dustups.

“Rabbis and their boards will have even more difficult arguments about politics than they already do,” said Rabbi Andy Bachman, former spiritual leader of Congregation Beth Elohim, the Park Slope synagogue where Kasakove was president. 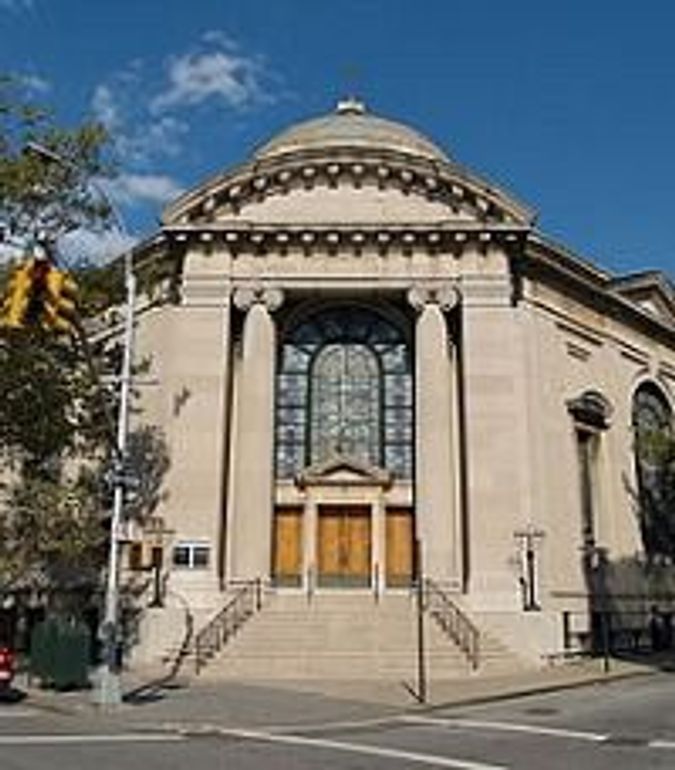 Kasakove said that, despite his congregation’s politically progressive reputation, it has plenty of conservative members. He says that if the congregation had, for example, endorsed Hillary Clinton during the 2016 general election, there would have been discord.

“You would have people who would be very upset,” Kasakove said. “The closer you get to discussing a particular political candidate, in most congregations, which are quite diverse, you are looking for trouble.”

While most rabbis contacted by the Forward said they would never feel comfortable making an endorsement from the pulpit, a few said they could imagine congregants demanding that they publicly support a given candidate.

“In 2016, or in 2010, I could imagine somebody saying, you have to stand against the fascism or you’re cooperating with it,” said Rabbi Jeremy Kalmanofsky, spiritual leader of Congregation Ansche Chesed.

Kalmanofsky said that he’s certain all of his congregants knew in November that he wasn’t voting for Trump. But he says he wouldn’t have said it from the pulpit.

Early stories about the order quoted a senior administration official saying that the order would give “maximum enforcement discretion” to the IRS in terms of its enforcement of the Johnson Amendment, which bars religious organizations and non-profits from making political endorsements. That suggested an order that would have allowed large-scale participation in electoral campaigns by charities and other non-profits.

Yet that language is missing from the text of the executive order signed Thursday, which deals exclusively with religious organizations, and which directs the Treasury Department not to penalize any group that “speaks… about moral or political issues from a religious perspective.”

“This is just saying, IRS carry on, don’t go over after religious organizations,” said Philip Hackney, a professor at Louisiana State University School of Law and a former official at the IRS division that oversees charities. “The way I read it, it’s saying, IRS, don’t go outside of the bounds of the law and apply it to churches in a way you shouldn’t apply it to churches.”

Hackney said that the order is essentially a reaffirmation of the status quo, under which only one church has ever been penalized for breaching the provisions of the Johnson Amendment. Current IRS regulations make it extremely difficult for the agency to audit any religious organization for any reason.

“It’s purely a public relations move,” said Marcus Owens, an attorney at Loeb & Loeb and former chief of the Exempt Organizations division at the IRS, of the executive order. “It has no legal import whatsoever. In fact, the Internal Revenue Code…requires an extremely high level of approval and evaluation before an audit [of a church] can begin. The IRS only undertakes examinations with care.”

That falls far short both of early reports and of Trump’s own language during the signing ceremony.

Indeed, evangelical and other conservative leaders are disappointed with the order, and say it doesn’t go far enough, according to the Atlantic: The head of public policy for the Southern Baptist Convention said he hoped “more would be forthcoming” and Ryan Anderson, who works on religious issues at the Heritage Foundation, said it was “woefully inadequate.”

“It strikes me that they’re trying to have their cake and eat it too,” Hackney said.