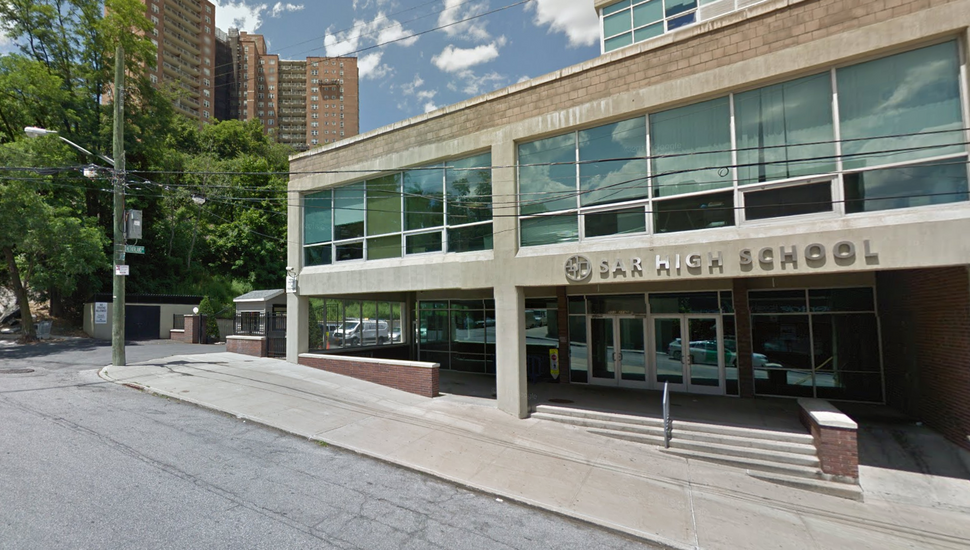 A #MeToo Facebook post has bared a 5-year-old sexual misconduct scandal at a prestigious New York City Modern Orthodox high school, in which a female staff member allegedly engaged in sexual activity with a male sophomore.

A recent graduate of SAR High School in the Riverdale section of the Bronx brought the case to public view when he posted about his friend’s victimization using the hashtag #MeToo, which victims of sexual harassment and assault have adopted in recent weeks to share their stories.

An immediate family member of the victim told the Forward that the victim chose not to press charges at the time.

The school responded to the Facebook post by breaking its long silence about the alleged misconduct, which took place in 2012. In an email to parents and alumni, SAR High School’s principal, Rabbi Tully Harcsztark, acknowledged the incident and said that the school has since established sexual harassment and abuse policies.

“I write to state clearly that, in the instance described, SAR expeditiously contacted the office of the District Attorney of the Bronx,” Harcsztark wrote. “Our team actively engaged with the student involved and his family, and with the DA’s office as it investigated the matter.”

Under New York state law, people under 17 years old are considered unable to consent to sexual acts with adults.

The alleged perpetrator did not respond to requests for comment. She is now in her mid-30s. In 2012vshe was employed by SAR part time as a temporary office worker and a school photographer. SAR fired her once the allegations of sexual misconduct came to light, a school spokesperson confirmed.

In his Facebook post, the victim’s friend described feelings of guilt and blame he experienced in the wake of the alleged abuse.

“I began to blame myself,” the victim’s friend wrote. “Then there’s feelings of manipulation. ‘What did this woman see in me that she felt she could use me as cover to enable this relationship to take place?’”

The incident appears to have been a tightly guarded secret at the school. A faculty member told the Forward that the alleged perpetrator simply said she was “moving on to other things” when she left.

“The administration was in this tricky position, because they were trying to do what they could and still protect my son’s privacy,” the victim’s family member said. “They really respected his privacy for a number of years.”

The family member said that school leaders had helped bring the victim to meet with officials at the Bronx district attorney’s office.

“It’s been a horrible experience all around,” the victim’s family member said. “His trust was violated in so many ways, and my feeling is I want to empower him to do things in his own time and readiness.”

In his letter to parents and alumni, Harcsztark wrote that SAR hired the security firm T & M Protection Resources in the wake of the incident to create detailed sexual harassment and abuse policies for the school.

“These policies were designed to protect against sexual harassment and abuse, to ensure proper reporting procedures in the case of misconduct and to implement an effective social media policy to provide a safe school environment for students and staff,” Harcsztark wrote. “SAR has been and continues to be steadfast in its commitment to ensuring a safe school environment and eradicating sexual harassment and abuse from our community.”