You Can’t Drive On Shabbat. But Can A Self-Driving Car Drive You? 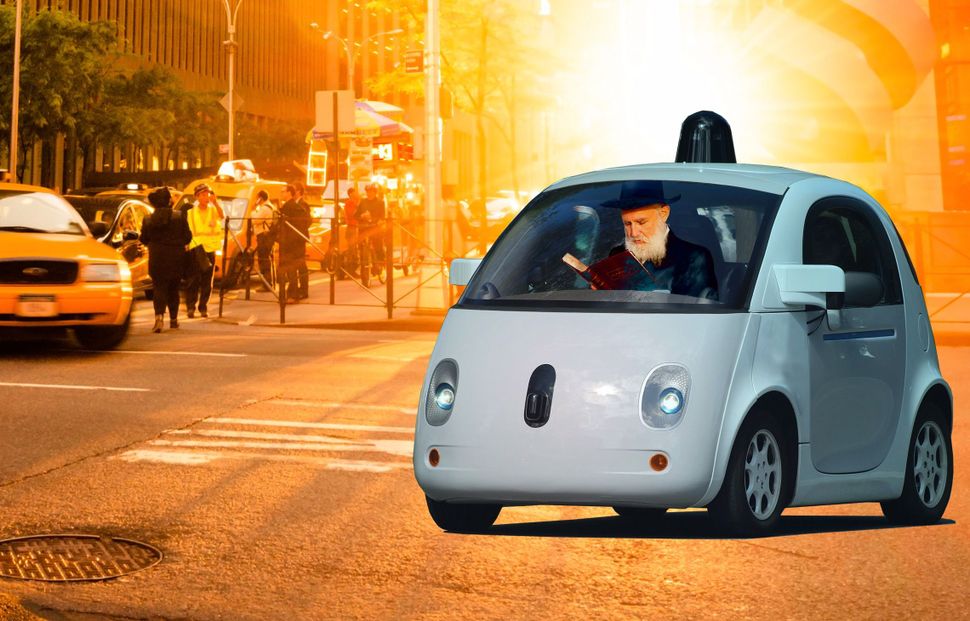 When Michael Hassen, a Manhattan lawyer and father of two, was looking for a new apartment and neighborhood to move to, there was one very important requirement: He needed to be within walking distance from a synagogue.

Hassen, like many other Jews, takes his Shabbat observance seriously. He doesn’t cook food or turn on his phone — and he definitely doesn’t drive.

“We needed to be able to walk to shul,” Hassen said. “This is a big factor for Shabbat observant Jews like us who won’t drive.”

But in November, Waymo — a project from tech giant Google — is unrolling self-driving cars and minivans, the company says. Uber, Tesla, Baidu, Ford and General Motors have all announced ambitious plans to bring cars to market that could operate without a driver and potentially be permissible for use on the Jewish Sabbath.

Hassan chose his new neighborhood in Brooklyn’s Crown Heights to be able to walk to synagogue in nearby Prospect Heights every Saturday with his wife and two children. If there was a car that could shuttle him further distances, the moving process — and his quiet weekly rituals — might have been completely different.

“If you remove that constraint,” Hassen said, “that could change everything.”

The robo-car race has captivated car buffs — and could also reshape Shabbat, the sacred day of rest for Jews. Shabbat is a “sanctuary in time,” wrote beloved rabbi Abraham Joshua Heschel,, a refugee from Nazi Europe. “The Sabbaths are our great cathedrals.” In the movie “The Big Lebowski,” John Goodman’s character, Walter Sobchak, a passionate convert to Judaism, says much the same thing, more crudely: “Saturday is Shabbos, the Jewish day of rest. I don’t work. I don’t drive a car. I don’t f—king ride in a car. I don’t handle money. I don’t turn on the oven. And I sure as sh*t don’t f-cking” bowl. 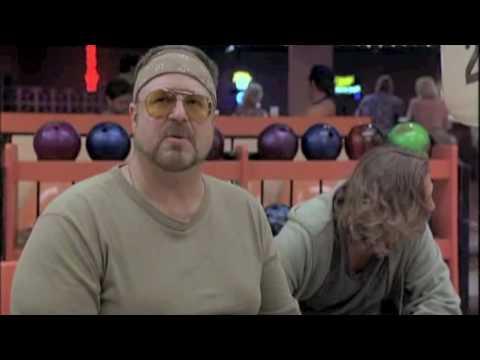 Of course, that film came out about 20 years ago, and Sobchak way before Waymo. But Rabbi Yoni Rosensweig, a pulpit rabbi in Beit Shemesh, Israel, and an instructor at the religious school Midreshet Lindenbaum, would say Sobchak was prescient. “It’s about the spirit of Shabbat. Even if halachically it may be permissible, we don’t want people diving around and hurting the general feeling.”

The use of vehicles is forbidden in Halacha, or Jewish law, based on the prohibitions on igniting a fire and doing weekday labor, which are among the 39 activities the Torah directly prohibits during Shabbat. Unless lives are on the line, observant Jews will not travel by car on Shabbat. But later rabbinical authorities, especially those writing in the Talmud, have decreed additional prohibitions because they appear to violate the restful and holy “spirit of Shabbat.” In other words, the technical prohibitions are written directly in the Torah; protecting the spirit takes a little more interpretation.

“If you start using self-driving cars on Shabbat, that could change Shabbat,” said Rabbi Ysoscher Katz, head of Talmud studies at Yeshivat Chovevei Torah, a Bronx Orthodox rabbinical seminary. “For some of us, that would be a tragic loss.”

Katz feared that the sacred day could feel like any other weekday. “Every generation,” he said, “we need to keep on evaluating what are the things that make the day feel special.”

The prohibition adds to what so many Jews feel is the holy and timeless quality of the day. The development of self-operating cars — which could be preprogrammed by passengers to shuttle them to and from destinations with little effort — is already prompting some rabbis to wonder how this could change their spiritual lives. These strictures apply to observant Jews who are mainly, but not exclusively, Orthodox.

Tucker considered whether the experience of moving too quickly through the streets of a city, or commuting far distances, might imperil the contemplative mood of the Shabbat. “I’m in favor of taking the atmospheric element very seriously,” he said.

This is not the first time that Jewish law has had to grapple with life-changing technology. The advent of subways and trains in city centers prompted discussion among leading 18th and 19th European rabbis. Most ultimately agreed that the activity was forbidden.

And more recently among American Jews, the question of Shabbat transportation has been a topic of debate. Through the 20th century, as Jews moved, from city centers, to sprawling suburbia, views on the permissiveness of Shabbat travel shifted.

Among Reform Jews, the largest American denomination, driving has long been permissible on Shabbat. In 1950, leading rabbis from the Conservative movement penned a contentious responsum, writing that it was permissible to drive on Shabbat — as long as it was just to and from synagogue. In Orthodox quarters, Shabbat transportation of any kind — barring life-threatening emergencies — remains a clear prohibition.

The advent of electric cars, however, comes as Orthodox Jews are coming to terms with an increasingly digitized life. Shabbat elevators that are preprogrammed to start and stop at certain floors in tall apartment buildings and hospitals have been in use for years. In more recent months, questions that have bubbled up about include whether magnetic hotel key cards and motion-censor lights are permissible for Shabbat use. Opinions are divided on both.

And so enters the self-driving car. While much of this is still hypothetical, from a technical standpoint such a car might be permissible, a series of rabbis told the Forward. Some of the typical halachic concerns include the engine staying idle when the vehicle is not operating (so that the combustion process is not initiated), that all use is programmed pre-Shabbat, and that the opportunity for passenger intervention is limited to cases of emergency.

And while halachic details are less open to interpretation — either it meets the standard requirements or it doesn’t — community leaders are troubled by something else that is a little harder to pin down.

In a 2014 Haaretz column, Rabbi Yehoshua Looks worried about the self-driving cars opening a slippery slope toward cheapening the Shabbat. Looks cited the Conservative ruling on driving (which continues to be a source of debate) as a cautionary example.

“When the Conservative movement’s responsum limited Shabbat driving to getting to and from synagogue for public prayer, many took advantage of the opportunity to use the car for non-Shabbat activities, like shopping,” Look wrote.

Even though the halachic and spiritual elements are still up in the air, some developers are already eyeing Jews in Israel and elsewhere as potential customers. In an August op-ed in The Times of Israel, Nathan Posner, who works at Emory University’s se;f-driving vehicle project, imagined how self-driving cars could have Shabbat uses, particularly for the elderly or disabled who might have difficulty getting around. “One could easily imagine a Shabbat mode on these devices,” Posner wrote in his piece, titled, “Driverless Cars Belong in Israel,” arguing that Israel should embrace the industry.

Of course, the religious community has dealt with technological innovations before, and found ways to balance technology and reverence for the religious tradition.

The question is still hypothetical. And it’s unlikely there will be any blanket proclamation banning or endorsing a Shabbat car. But religious life has clearly already begun to go digital, and rabbis are taking this transformation, and its potential spiritual impact, seriously.

“I would be hesitant to say, ‘Ah, yes, let’s do this thing,” Rosenweig said. “But that doesn’t mean we need to completely close the door.”

You Can’t Drive On Shabbat. But Can A Self-Driving Car Drive You?