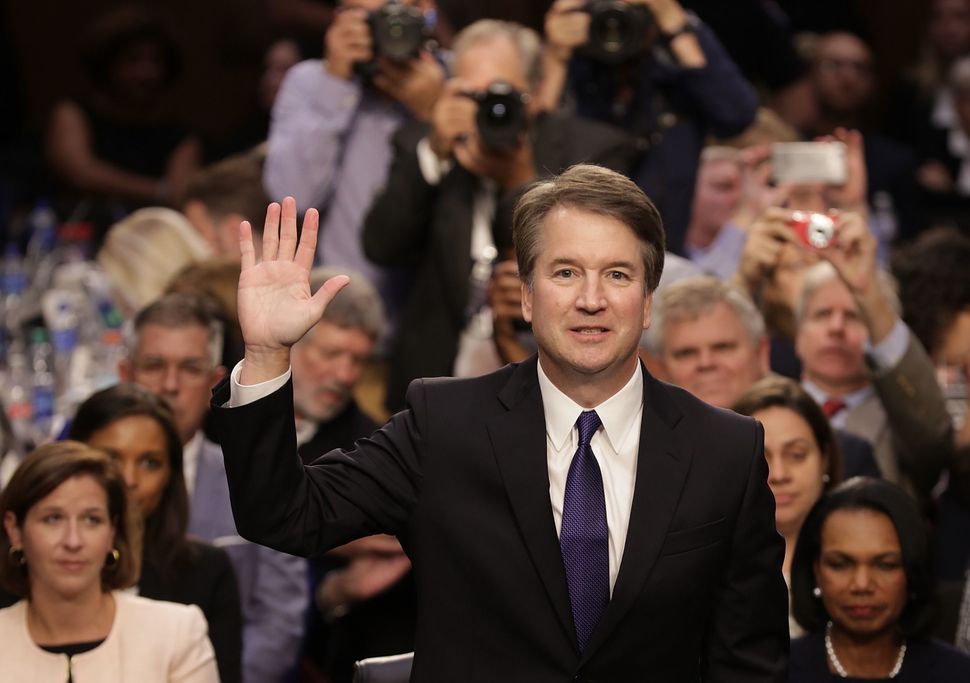 Conservative Jewish groups affirmed their support for President Trump’s Supreme Court nominee, Brett Kavanaugh, during his first day of Congressional hearings on Tuesday, hailing him as an ally in their quest for “religious liberty.”

A leader with the Coalition for Jewish Values said the 53-year-old federal court judge is a “very good, well-qualified justice” who has showed he supports protecting expressions of faith, even when they may “run against current cultural norms.”

If confirmed, Kavanaugh would give the conservatives a 5-4 majority on the court following the retirement of swing voter Justice Anthony Kennedy.

“There’s obviously an increasing frequency of cases where people are asked to void their own religious principles when it comes to other people’s personal decisions,” CJV managing director Rabbi Yaakov Menken told the Forward, adding that the group supported a Colorado baker who refused to make a cake for a same-sex wedding.

Kavanaugh is “generally very supportive of religious liberty,” he added.

Another Orthodox leader said he was “very impressed” by the former D.C. circuit court judge, adding his organization would wait until after his statements at the hearings to give a full endorsement.

“Certainly at first blush we are very impressed,” Rabbi Abba Cohen of Agudath Israel of America told the Forward. “We don’t anticipate anything coming up to significantly change that view.”

Several protesters disrupted the proceedings in the morning. One woman shouted while being escorted out of the hearing that if Kavanaugh was confirmed, “more women are going to be sent to back-alley abortions.” 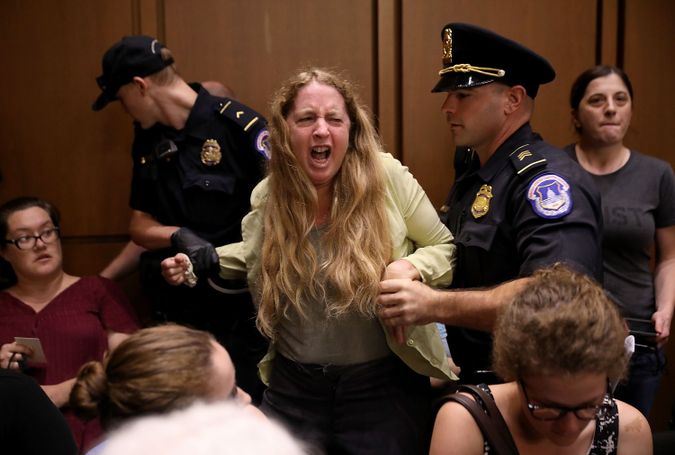 He added that according to Jewish law, “fetal life has value,” but a mother’s health must also be taken into account and a woman should discuss with her rabbi if a doctor says her life may be in danger if the pregnancy goes forward.

Cohen reiterated that view, saying they were against “abortion on demand” but believe the procedure “can be permitted or required under certain circumstances.”

Kavanaugh dissented in 2017 when other justices ruled that an undocumented immigrant in federal custody should be allowed to have an abortion.

“The majority apparently thinks that the Government must allow unlawful immigrant minors to have an immediate abortion on demand,” he said in the opinion.

Other progressive Jewish organizations expressed concerns over whether Kavanaugh would protect reproductive rights or act as a check on executive power.

Kavanaugh hasn’t decided or worked on many cases of relevance to Jewish organizations, though one is particularly reassuring to the Orthodox community.

While working as a private practice attorney, Kavanaugh defended a Maryland Reconstructionist congregation facing protests from community members while trying to build a new synagogue in a Bethesda neighborhood that had been zoned for residential development.

Cohen of Agudath Israel said Kavanaugh’s positions on zoning could be of specific interest since some communities have tried to use land use regulations to keep out Orthodox Jews.

“We have to live within walking distance of our synagogues. They have to be located in our neighborhoods,” Cohen said. “This case Judge Kavanaugh weighed in on showed he’s extremely sensitive to that issue. It’s a very, very important issue.”